Read this before buying a hard drive

Buyers beware of slow drives masquerading as the same ones you bought last year. 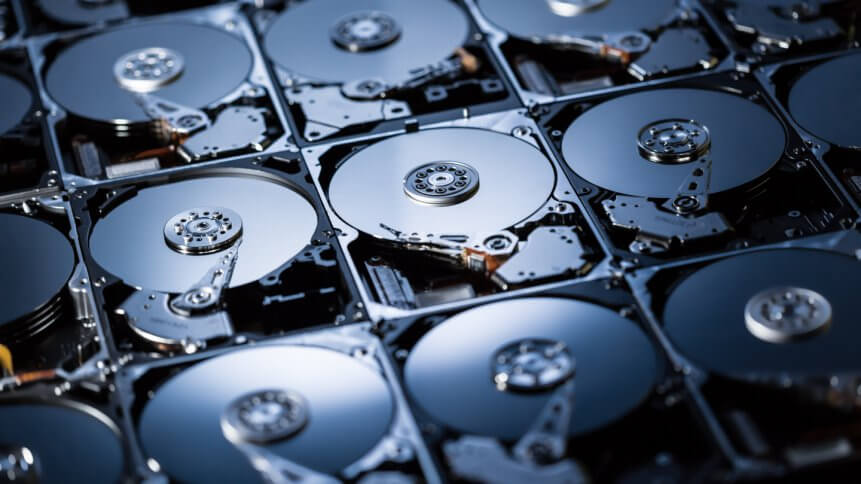 The next time you need to buy a hard drive for your organization’s desktop machines or storage arrays (like NAS or SAN), pay careful heed to what you choose.

In fact, if you’re thinking about replacing a swathe of employees’ desktop machines, pay very close attention to the hard drives that are being shipped inside the shiny new devices.

The cause for concern is the new trend among some hard drive manufacturers to sell HDDs that use a technology known as SMR (shingled magnetic recording) without explicitly mentioning it.

The ways that a hard drive mechanism reads and writes data on its spinning, internal platters have never figured largely in many consumers’ or businesses’ purchase decisions before. But, in short, SMR drives are not suitable for use in desktop PCs in the vast majority of cases and are entirely unsuited to being used in disk arrays, such as those found in NAS (network attached storage) devices, or as part of RAID arrays, or as part of ZFS “pools.”

SMR drives – it’s the speed, or lack of it

Without getting into too much disk-level technical explanation, hard drives that use SMR write data several times slower than CMR (conventional magnetic recording) drives.

In fact, under some pretty average workload types, write times can fall into the kilobytes-per-second zone, which makes using a desktop PC an unpleasantly glacial experience. For a full explanation of why this is the case technically, there’s an excellent deep dive given by Wikipedia.

The non-technical explanation for why SMR drives are quietly appearing in some OEM lines and down the usual commercial channels is pure economics. The manufacturers can squeeze more storage out of a physical drive’s space using SMR, and so sell drives that are either cheaper to build, or offer more storage at a lower price.

While those motives seem perfectly reasonable, one might assume that the manufacturers would flag the fact that these drives are only suitable for certain operations: most commonly “cold storage” of archives that are rarely, if ever, amended or appended to.

However, by not stating that SMR technology is now the basis of existing, trusted product lines (Western Digital’s Red and Blue lines, for example), there’s more than a suggestion of profiteering at the expense of many purchasers who aren’t “technically minded.”

The two companies most flagged and castigated by technology watchers, pundits and commentators, Western Digital and Seagate, have begun to respond and clarify which models use SMR, and which (in our opinion) should, therefore, be avoided unless price-per-gigabyte is more of a factor in a purchasing decision than read and write speeds.

Even then, having entire workforces sitting idle while in-house storage drives keep them waiting comes at a cost too; probably more than any initial saving on a shared file-share’s “upgrade.” At the end of the day, SMR drives go about most tasks at a speed that’s comparable to old-school floppy disks.

Western Digital’s initial response to users’ concerns — to log an issue with their tech support ticketing system — implied that experiences of poor performance in, for example, network storage RAID arrays, were somehow down to misuse or lack of knowledge. That was disingenuous, to say the least.

The fact is that in any situation where drives are read and written “in the background” like in an array of disks in a ZFS pool or RAID, SMR HDDs are simply not suitable, and should never have been marketed as such. As for desktop use, SMR drives’ poor performance cannot be passed off as the operator using their PC wrong, a claim that smacks of Apple iPhones’ poor call reception being down to users “holding it wrong” ten years ago.

The fact, too, that manufacturers were not even appending the letters “SMR” to models’ titles was an omission that even the most kindhearted of industry watchers would struggle to consider to be a mere mistake.

As usual, in all things, caveat emptor (buyer beware), and if you’re making decisions about potential purchases, consult with a trusted individual or business supply partner before allocating hard cash on hard drives.