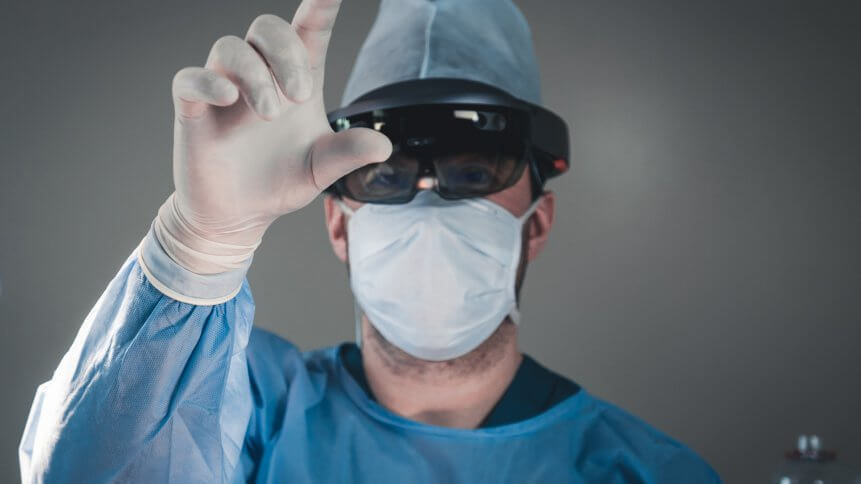 Mixed reality headsets are now being used in UK hospital COVID-19 wards to keep doctors safe as they treat patients with the coronavirus.

In a project led by researchers at Imperial College London at some of the UK capital’s busiest hospitals, Microsoft Hololens headsets are being worn by doctors to stream secure feeds of consultations to nearby rooms, allowing healthcare teams to see everything the wearer sees and feed back information. 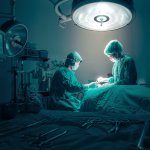 The Hololens headsets work with Dynamics 365 Remote Assist and Microsoft teams to send a secure live video to a computer screen. At the same time, gesture, gaze and voice controls allow doctors to examine x-rays, scans and test results in their field of view, without any physical contact.

Speaking to the BBC, one patient commented that the use of mixed reality “just seems quite a good thing that you can have that amount of people in the same room, in one person.

“They’re not only saving me, I’m not passing it on to any one of them or their friends.”

Dr Kinross, a consultant surgeon at Imperial College Healthcare, said the potential of the solution – which has been used before in healthcare – was uncovered at a time of immense pressure owed to the sudden demands of the pandemic.

“In one week our hospital trust switched from being a place that delivered acute, elective care and planned treatment into a giant intensive care unit. We weren’t just trying to restructure an entire building, we were trying to redeploy and retrain our staff, while at the same time we had to cope with an ever-growing number of very sick people.”

“We needed an innovative solution. I’ve used HoloLens before in surgery and we quickly realised it had a unique role to play because we could take advantage of its hands-free telemedicine capabilities,” said Kinross. 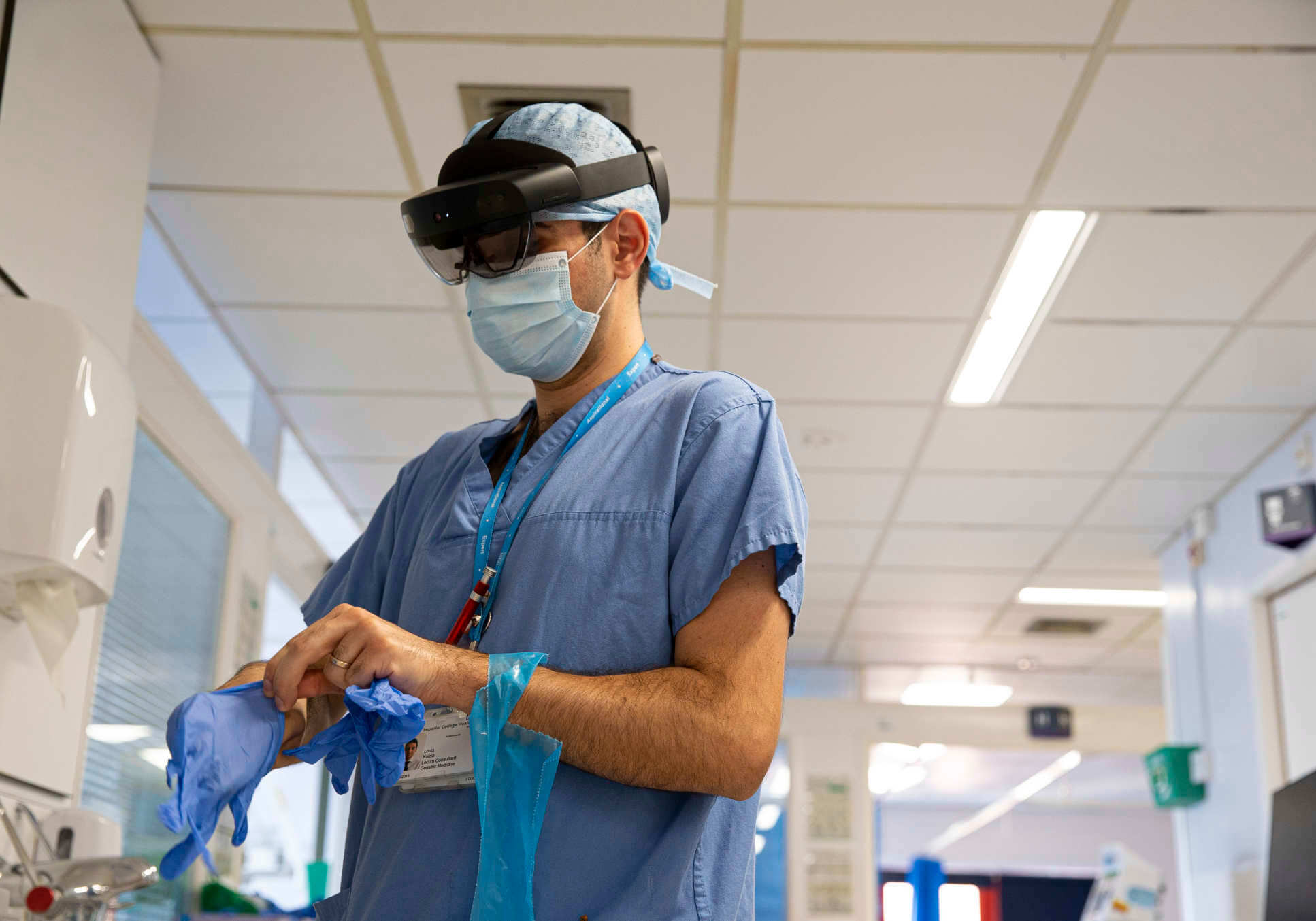 According to Imperial College Healthcare Trust, using Hololens has led to a fall in the amount of time staff are spending in high risk areas by up to 83 percent. But it’s also significantly reduced the amount of personal protective equipment (PPE) being used.

With only the worker wearing the headset required to dress in PPE, the college estimates that using mixed reality could save up to 700 items per ward, per week. That’s especially significant since UK hospitals have suffered severe shortages.

Mixed reality technology has proven a game-changing tool on the front-line in the fight against COVID-19, but the success of the deployment could further cement the technology’s role in healthcare applications afterwards.

Doctors are able to hold hands-free meetings with colleagues and experts anywhere in the world, while they view patient notes in front of them in live consultations, which unlike AI healthcare solutions or even telehealth, remain in-person. 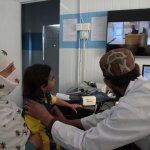 Are we witnessing telemedicine’s clarion call?

“We’re now looking into other areas where we can use HoloLens because it is improving healthcare without removing the human; you still have a doctor next to your bed, treating you,” Kinross said. “Patients like it, too. They are interested in this new piece of technology that’s helping them.”

One of those other applications includes teaching. With academic areas of hospitals quickly closed off ‘overnight’ due to COVID-19, students can access video feeds remotely to watch demonstrations from lecturers wearing headsets.

Aside from supplementing a wearer’s field of view with digital information, one of the real advantages of mixed reality technology in industry is the ability for multiple people to be ‘there’ virtually, without being physically present on site.

Instead, a single worker could stream live video to a remote team of specialists who can provide support, instruction or training, and overlay relevant information – such as a cross section of a machine unit – into the wearer’s view.

But the potential of visual immersion is now crossing boundaries into other industries, including less ‘physical’ ones that we might not readily associate with futuristic headsets.