The FCC passed a vote to open up the 6GHz spectrum for unlicensed use and it's “hard to overstate” the potential. 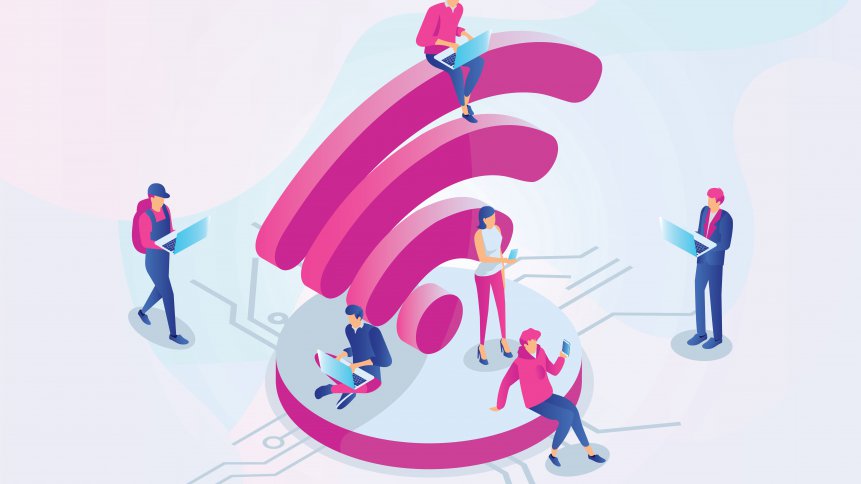 Wi-Fi 6E could make connectivity issues a thing of the past. Source: Shutterstock

With growing demand and more data being consumed per device – whether that’s from streaming high-res video, videoconferencing, online gaming, or just accessing data-heavy web content – the current technology we all rely upon each day is beginning to creak. Wifi is in need of an upgrade.

Cisco estimates that wifi will account for almost half of all IP traffic by 2020. More connected devices in the home and workplace will add to that strain, and the growth of cloud services and uploading of content to social media and sharing websites is also resulting in more uplink traffic. At the same time, cell operators are trying to offload as much traffic as possible to wifi and, for consumers with limited data plans, switching over to the nearest available wifi is near second nature. 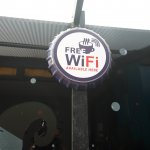 These three industries will experience the best of WiFi 6

The surge to remote working is putting wifi’s importance as a vital utility in the spotlight, but revealing its limitations. We’ve seen how telecoms providers are reporting up to 30 percent spikes in traffic, while Netflix and other media providers have capped video quality to preserve bandwidth for more critical functions and new remote work arrangements.

“The outbreak of COVID-19 is creating a need for flexibility that will fuel the future of connectivity,” noted Andrew Zignani, Principal Analyst at ABI Research, while a recent report commissioned by the Wi-Fi Alliance indicated that, by as early as 2020, wifi networks – which currently broadcast over 2.4 GHz and 5 GHz – will need significantly more spectrum in order to satisfy increased traffic demands.

Opening up the 6GHz spectrum

And that’s now happening. Last week, a groundbreaking vote was passed that will mean that in a few months there could be a lot more wifi to go around.

The Federal Communications Commission (FCC) voted to open up the 6 GHz spectrum for unlicensed use, freeing up a lot more airwaves for routers to broadcast wifi signals. In fact, it would be more than double the amount of space available for routers and devices, and represents the biggest spectrum addition since 1989.

The result will be faster, more reliable connections, ready for next-gen devices and applications: “This is the most monumental decision around the Wi-Fi spectrum in its history, in the 20 years we’ve been around,” Kevin Robinson, marketing leader for the Wi-Fi Alliance said ahead of the FCC’s decision.

We can expect devices that support ‘Wi-Fi 6E’, as it’s expected to be branded, by the end of the year. With the technology approaching fast, in its The Future of Wi-Fi whitepaper, ABI Research revealed how it’s set to benefit consumers and business, solving many of the key challenges that wifi is facing today.

According to ABI, it is “hard to overstate” the potential that 6 GHz will bring. With more than double the existing available spectrum, high-density deployments like stadiums, airports and conference halls where congestion is common, could be completely transformed. If you’re working from home in an apartment block, meanwhile, your connection wouldn’t be impacted by other networks competing for bandwidth nearby.

At the same time, the 6 GHz spectrum would only be available to enabled devices, so wouldn’t be slowed down by slower devices. But for those slower devices still using legacy generations of wifi, the benefit of freed up bandwidth will also boost their connectivity, as Wi-Fi 6E absorbs the most high-performance use cases.

Future of wifi with Wi-Fi 6E

Wifi ‘unpolluted’ by legacy devices could add more reliability and consistency than previous generations have been able to achieve. Enterprises that still rely on costlier wired ethernet solutions due to latency and bandwidth requirements could make the leap to wifi, shifting IP phones and other low-latency applications or services over wifi.

Businesses could also preserve a ‘clean’ 6 GHz band for specific applications that need reliability and performance: high throughput, non-line-sight AR and VR applications, for example, or mission-critical machinery and equipment could leverage the band for guaranteed performance and low-latency service. Investments in upgraded Wi-Fi 6E chipsets by businesses could then be staggered and prioritized for certain devices or use cases. 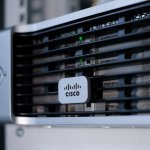 What can WiFi 6 do for your company?

That are still some hurdles to overcome, though, according to ABI. Regulation is one those; a number of stakeholders outside the industry have called for protection to incumbents, and for more evidence that opening up the 6 GHz spectrum won’t interfere with other essential services.

In some cases, there has been opposition to whether the band should be shared at all. On the FCC’s decision, AT&T’s EVP of regulatory & state external affairs, Joan Marsh, said in a statement: “[…] the FCC’s order will allow the introduction of devices that can impair, or even knock out, links in the networks that monitor our electric grid, enable first responders to communicate and provide mobile broadband services to millions of Americans, particularly in rural areas”

There are regional variations too. While the FCC is opening up 6 GHz in the US, over in Europe, for instance, approval will need to be granted by the European Commission. If major markets are slower to cut through the red tape, it could slow down global adoption as whole.

While Broadcom has carved ahead with developing Wi-Fi 6E chipsets, meanwhile, other vendors have said that awareness is still premature, which could stall the viability of devices coming to the market. There will also be cost barriers for early adoption, and those who have recently invested in Wi-Fi 6 may not be ready to shell out more just yet. However some vendors are developing chipsets to accommodate flexible deployments between bands depending on the available client devices.

In light of the FCC approval and recent momentum, ABI anticipates service providers, Original Equipment Manufacturers (OEMs) and the wireless industry will quickly digest the benefits.