How spatial computing is bridging the physical and digital world 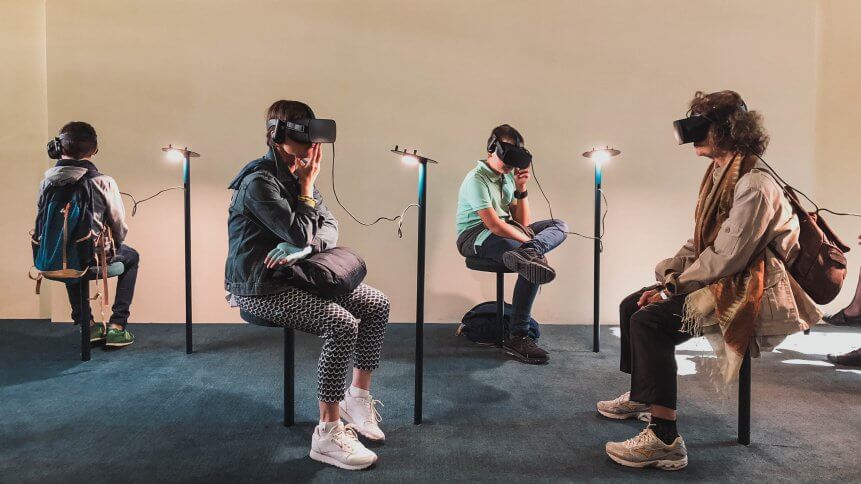 Immersive technology is set to transform the way we ‘see’ the world. Source: Unsplash

The way we interact with the digital world is continuously evolving, from big bulky brick-shaped mobile phones to sleek smartphones that slide into our pockets; now even the idea of users gazing into a flat screen that delivers digital content will soon be obsolete. 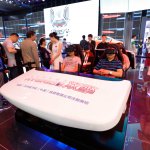 China set to soar ahead with XR tech by 2030

The practice of spatial computing radically changes the human-computer interaction and is moving to transform the relationship we have with the digital realm. In spatial computing, “hardware is purely the engine oriented toward the display/world,” wrote Victor Agulhorn, co-founder of VR company Targo on Medium. “Nothing more. Nothing less.”

Moving users away from the passive role of ‘consuming’ digital content, the concept of spatial computing instead invites users to actively engage with digital content beyond just being visually stimulated by it. Instead, they interact with it how they would in the physical world by using voice control, their eye or head position, or the most minute of finger movements.

“Spatial Computing will unleash the true powers of all other technologies,” said Ivan Gerard Khoo, the CEO of Ministry XR, a Malaysian based company that specializes in spatial computing technologies.

In an exclusive interview with TechHQ, Ministry XR told us that the unique blend of digital content and physical environment enables society to engage with content using a higher degree of immersion, changing our perception of technology and its potentially seamless role in our everyday lives.

“At the heart of spatial computing is a very intelligent system whose aim is to provide hyper-individualized experiences to each and every user.”

Khoo explained the significance of spatial computing is to break the presupposed mold that humans should adapt to the interactions of computers. When computers are designed to suit the natural interactions of people, that’s when the true potential of technologies can be unleashed and cultivated.

“Simply put — spatial computing is when man, machine, and environment reconcile and humanity no longer has to adapt to the intricacies of computing.

“Instead, computers adapt to humanity and its environment – naturally and ubiquitously.”

To bring this to life, Ministry XR’s VR-powered simulation was created to transform the test drive experience. Drivers were geared with VR headsets and introduced Ford Ranger’s advanced safety features in a virtual car crash. “On top of a lift in brand impression, Ford saw a 61 percent increase in sales during the campaign period,” Kimberley Yap, V.P XR Experience Design shared.

As enterprises are seeing the real opportunities that immersive technologies can offer users in simulated environments, other industries such as the medical and finance sectors are also tapping into VR’s potential.

For pharmaceutical labs, VR holds immense potential in research and enables researchers to explore the structural components and drug designs beyond a microscopic view.

Researchers can touch, manipulate and create molecules with the use of the controllers and present their findings on a 3D screen. This offers chemists and researchers an enhanced way to collaborate and engage with drug development, significantly streamlining laboratory practices but also presenting new opportunities for medical discoveries and developments.

Meanwhile, the increased versatility and affordability of headsets has attracted the interests of the finance industry.

According to Bank of America’s David Reily, the multinational is testing XR technologies in their trading rooms, transforming them into a 3D realm of live information, accessible to anyone equipped with headsets.

A world of spatial computing

When asked about the peak in popularity of XR among enterprises, Yap elaborated: “In the experience economy, people are spending less on things and more on things to do.”

Bearing in mind the shift of consumerism and profoundly enlightened users of technologies, “marketers are increasingly activating brand storytelling by orchestrating meaningful experiences that lead to action and conversion.”

This falls in line with the many benefits of XR, listed as “intuitive, engaging, borderless, and cost-saving,” but the core reason that propels the adoption of immersive technologies is the impact it brings to user experience. 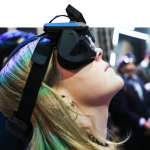 In this aspect, XR unlocks a new way of how users interact with the physical world and objects and Yap trusts that the most compelling experiences are built on a people/user first basis.

“Which is why I believe hyper-individualization is the future of marketing.

“When brands and businesses create experiences and products at the intersection of technology and humanity, magic happens,” Yap told TechHQ.

The beauty of spatial computing is the mobility of immersive technologies, unrestricted by location or physical parameters, instead, the gate to the digital realm lies in portable headsets, at least currently.

For instance, when developing a spatial computing application for smartphones, the user experience design must account for their behavior associated when using a mobile device.

As the notion of spatial computing becomes more popular and gains prominence across industries, the interconnectivity between our physical world and the digital realm will be enhanced.

“We believe we are on the cusp of widespread adoption, even if AR headsets are still undergoing effective miniaturization, phone-based AR can already become mainstream, and will only get more widespread as the readiness of wearables improves,” Dr. Yew stated.