We could see the deployment of four million commercial robots across 50,000 warehouses in the next five years – the crisis today might be a catalyst. 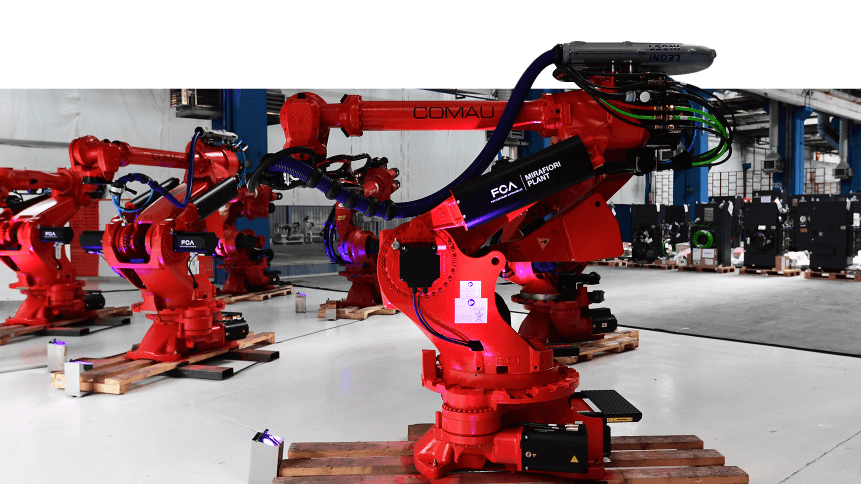 The pandemic has ripped through global supply chains. Organizations, especially those relying on factories and suppliers in Asia, have seen stock flows disrupted and drying up, with costs rising rapidly as a result.

Large corporations, like Apple and Nike, that rely on manufacturers in China for mass production, have not tried to hide the impact on their businesses.

At the earlier stage of the outbreak, TechHQ reported how the impact of COVID-19 would lead many tech giants to reevaluate their long relied-upon outsourcing strategies.

While the scale of disruption is unprecedented, and represents a bigger challenge than ever before day, complex supply chains are vulnerable by nature.

Bu this isn’t the first time the sustainability – or survivability – of status quo will have been brought into question among business leaders and supply chain gurus, just look at political factors such as the US-China trade war, United States-Mexico-Canada Agreement (USMCA), and Brexit.

Now, as the virus begins to disrupt internal supply chains, organizations of all sizes which rely on production, warehousing and logistics will be in urgent discussions around how they can enact damage limitation and ensure businesses are able to tick over until the crisis resolves.

These discussions may well lead to a wider pool of businesses to consider the benefits of automation technologies and robotics.

Already a key consideration and rapidly growing area of investment, the current COVID-19 outbreak may catalyze technological adoption not just by international retail and logistics giants like Amazon or Walmart, but among much smaller outfits looking to future-proof their operations to cope with spikes in demand or other disruptions when the storm passes.

Well ahead of the pandemic, ABI Research estimated the deployment of four million commercial robots across 50,000 warehouses by 2025 due to the increased demand for same-day delivery services in e-commerce.

As we head towards an age of automation – albeit have been given a rather large speed bump in 2020 – tech firms in the robotics space have anticipated a swell in interest in their machines, and that’s led to the pursuit of developing what we could go Robotics-as-a-Service (RaaS).

Much like its XaaS counterparts in software, cloud technology – and soon, quantum computing – RaaS would give firms with more limited budgets and resources access to top-grade robotics equipment suitable and programmed for their environments for a fee, whether it’s mobile robots, picking robots, or even autonomous forklifts.

Clients, which could be in warehousing, retail, logistics or manufacturing, could scale up their Robotics-as-a-Service ‘subscriptions’ flexibly to meet demands with seasonal spikes and market fluctuations.

In concert with technologies such as Digital Twins – enabling virtualization of new models of operation – the adoption of this technology would have a positive environmental impact as well, with optimized factory floor-plans diminishing the need for expansive greenfield fulfilment centers.

Automation and robotics adoption is heading our way, but the current disruption could catalyze uptake on the road to economic recovery, as businesses across industries review operating models that were thrown to the wind so quickly overnight.

It’s worth noting, however, that simply on-boarding the technology is not a strategy in itself. Market pressures and unexpected circumstances need thorough contingency plans, regardless of whether workers are made of metal, rubber and circuitry, or not.

Just look at UK-based Ocado. The online-only retailer relies heavily on robotics at its warehousing and packing centers to process up to 65,000 order per week – it even has its own robotics subsidiary. Yesterday (March 18), the firm announced it was suspending its operations due to overwhelming demand for food delivery services.