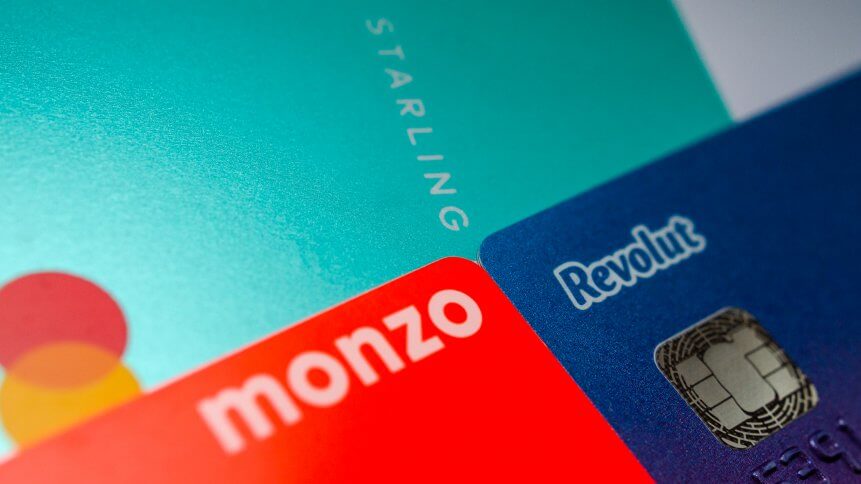 Competition is rife among UK digital banks, and consumers are buying in. Source: Shutterstock

Across the world, digital-only banks have been springing up with the hope that they’ll be able to replace traditional banks who are too slow to make the leap into the technology-fueled era.

In the early days, up to three years ago, digital-only banks managed to create excitement in the market but failed to convert it into new accounts and business.

This was especially true in developed markets where customers already have access to a primary bank that they’ve built a relationship with — a bank they trust, one whose existence is safeguarded by the law and has an established presence on the ground.

Digital-only banks are essentially apps (and websites) with an office in some parts of the world, often operating remotely in several geographies, all at once. Despite the reputations and credibility of their founders, customers struggled to trust these new-age entities with their money.

When digital-only banks launched groundbreaking deals through partnerships with retail and travel organizations, customers flocked to open accounts. However, most held menial sums to support purchases when claiming coupons and exclusive discounts.

Up until recently, digital-only banks were not really used as a primary bank account. However, that might be changing — at least in the UK.

According to a recent study by Finder, the number of people who have a digital-only bank account has increased by 165 percent in 12 months. In fact, about 23 percent of adults in the UK have such an account — which is about 12 million people.

If those numbers look exciting, wait till you hear about the forward-looking insights that Finder’s study uncovered:

“Fourteen-percent of Brits plan on opening a digital-only bank account within the next 12 months, and 7 percent intend to do so within the next five years. This means an estimated 11.2 million new accounts will be opened by 2025 and a total of 23.2 million Brits (44 percent) will have an account by then.”

Of course, the spike in (sustained) interest is very reassuring for companies in UK’s fintech industry and for digital banking companies and regulators across the globe.

Finder’s study attempted to delve into the top three reasons why people are opening digital-only bank accounts and found that 41 percent made the choice because banking online is more convenient, 39 percent made the switch because digital banks offer better rates, and 29 percent were lured by the offer of ‘free overseas transactions’.

Convenience aside, the reality is that digital banks are consistently offering better returns to customers, not just in interest rates but also in reduced forex fees and lower charges for everyday transactions such as cash deposits and remittances.

Making the switch, therefore, is a sane, practical, decision. The risk that most struggle is trusting digital-only banks with ‘all their money’.

Fifty-one-percent of Brits told Finder that they chose to stick with their traditional bank because they preferred to see a member of staff in person. Converting this segment will be tough for digital-only banks until there’s an effort to build trust.

Truth be told, digital-only banks that have a finger on the pulse of the market are already aware of the problem that can severely limit their growth.

In an effort to build that trust without changing their business model (expanding their physical footprint), they’re holding themselves to higher standards — standards that were set for banks.

Monzo and Starling, two of the biggest digital-only banks in the UK, for example, offer protection to customers under the FSCS (Financial Services Compensation Scheme). If the app and the parent company fold, the government will refund to customers up to GBP85,000 (US$110,000) per account, a pretty sum compared to the average balance held in most savings accounts.

Revolut, on the other hand, doesn’t offer protection under the FSCS but safeguards client funds at Barclays and Lloyd’s, which means, if the digital-only bank declares insolvency, customers will be able to claim their funds from the segregated accounts set up by the organization.

Those three are bound to succeed for now. Anyone else that wants to catch up and put up a real fight against banks that are behind the pale will have to follow suit.

The trust of the consumer is the key to sustained, continued growth, for banks in the digital era. Winning trust will ensure that the size of the accounts in digital-only banks grow just as quickly as their number grows, in the UK and around the world.