Being upfront with how and why they are using data is a starting point.

Tracking productivity with technology is a risky area for employers. Source: Shutterstock

The current landscape of repeated data breaches, scandals over commercial and political mishandling of personal information, and controversy over facial recognition technology in public spaces sends a message of the control and ownership people really have over their data today.

Translating this to the workplace, employers are equipped with advanced technology to accumulate vast amounts of data on their workforce, existing and prospective. While investigation and penalties have been issued to corporations that misuse personal data, data rights at work have never really taken the limelight, even though the impact on society and accepted standards can be significant.

Presently, the workforce is vulnerable to AI-driven decision-making that may perpetuate the subconscious human biases inherent from the data it’s working off. That bias might take place on the virtual hiring table, with recruiters increasingly relying on programs to filter through data. In 2018, Amazon was forced to scrap an AI program used to sort out job applicants. The new system was not rating candidates for software developer jobs indiscriminate of gender.

Though the project was stopped, it showed the impact that using personal data can have as technology becomes more advanced. Amazon, of course, is also one of a number of companies that collects performance data on its workers. In 2018, it was granted patents for a wristband that not only tracked workers’ locations in the warehouse as they “picked” items to be dispatched, but could “read” their hand movements.

The e-commerce firm described it as being able to “monitor performance of the placing of the incoming inventory item into the identified storage location by the inventory system worker.”

Meanwhile, a US company made headlines in 2017, when it hosted a “chip party”, offering employees the opportunity to implant a small device about the size of a grain of rice under their skin. This RFID-enabled device allowed its owners to do things such as log into their computer, open doors and purchase food in the office cafeteria with a flick of the wrist.

Other examples include keystroke-tracking software, GPS that can follow workers — such as delivery drivers as they move around the city — and even RFID tech that can monitor employees’ movements around a building and record who they interact with. Workers at call centers can now be monitored by software algorithms that analyze and assess their tone, mood, and success in dealing with customers. 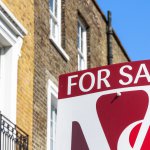 All of this is in the name of optimization — being sector best means generating optimal efficiency. It can add organizational security, and boost accountability by providing audit trials, and help managers spot ways to better manage schedules, which may benefit the working life of their employees. It can also come with convenience; the same fingerprint that gives an employee access to their computer could allow them to take a drink from the vending machine, or access a meeting room at a pre-booked slot.

But as employee monitoring becomes more invasive — and machines make impersonal, data-driven decisions that impact workers’ daily lives — employers could be faced with a significant loss of trust from their workers. The use of this technology could backfire in the long-term, particularly as businesses must focus on retention and loyalty and breeding the ‘soft skills’ required for the age of automation.

A survey by Left Foot Forward on 7,000 workers found already that transparency over data use is a concern for workers. Close to half (48 percent) of employees were “not confident” in their awareness of the type of data collected by employers. About a third (34 percent) were not confident that the data collected at work were for appropriate purposes.

In order to address this modern-day issue, the Organization for Economic Cooperation and Development (OECD) stated trade unions could help bridge the communications between employers and employees in bringing forward workplace innovation without neglecting worker’s right for privacy.

The reality is organizations are so caught up in the digital race, they fail to fully grasp the bigger picture of how technologies must work in cooperation with their people to benefit the company, not against them. Being upfront with how and why they are using data to that end is a starting point.