Personalization must move towards creativity and communication — not just cookies. 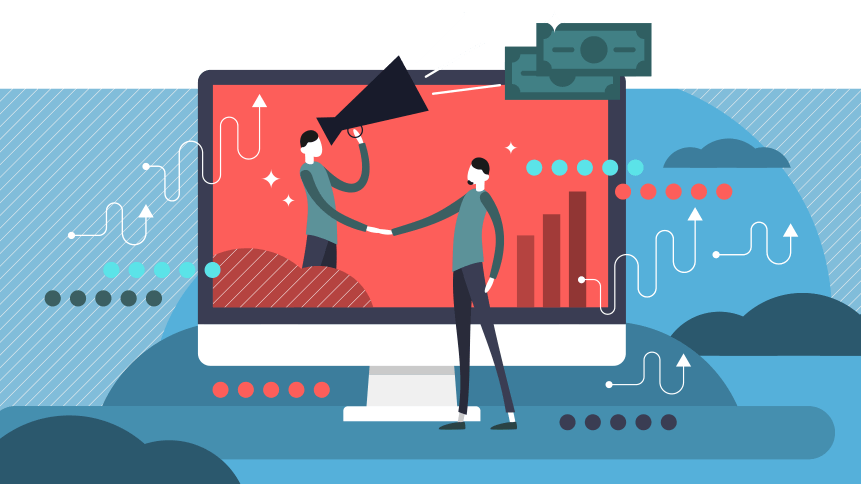 When we’re not paying them monthly subscriptions, most of the online services we enjoy for free make money by targeting advertising. They take all the data they legally can from their users and sell it to advertisers via ad exchanges, so they can target you with products and services you might buy. 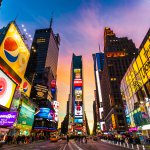 It’s a solid economy, but not a particularly reputable one. While users offer data as currency for these services, many aren’t aware of just how much of it they’re spending in this deal.

The key culprit of the accusations was Real-Time Bidding (RTB) — the process by which ads are served to users based on personal information held about them. The ICO said this represented “challenges to good data protection.”

The ad tech industry as a whole, it said, was “immature” in its understanding of compliance. Privacy notices “lack clarity” surrounding what happens to users’ data; methods for obtaining consumer content were “insufficient” with respect to data law requirements.

The timeframe for that ultimatum has now expired, and yet, the situation the ICO was commenting on has hardly changed. While not in the UK, a study by the Norwegian Consumer Council found that some of the most popular apps — including dating apps Tinder and OkCupid — could be in breach of GDPR.

Filing a complaint to regulators, the NCC said these platforms were spreading user information, including sexual preferences, behavioral data and precise location to advertisers, without sufficient disclosure to users or controls to manage the data they share.

In an eMarketer ranking of 25 industries that consumers trust most (and least), banks topped the list with 42 percent, while Marketing & Advertising was rock bottom of the rank at just 3 percent.

Time for a rethink?

Given the chance to speak to the Managing Director of the UK’s Data & Marketing Association, TechHQ asked Rachel Aldighieri whether — given the failure of consumer trust in the ad tech economy — if it was time for a “rethink” about the fundamentals of data-driven marketing.

“I don’t think we need a rethink of the actual tech and the marketing per se. We do need a rethink about the starting point of all these things,” she told us.

That’s because when it comes to ad tech, it’s the “tech” part that seems to come first. Communicating the reasoning behind the data collection to the customer, and providing any real value in the advertising presented to them, comes second to that.

Across every industry, today organizations are told variations of the metaphor “data is the new oil“. Data is gold, and every business should be intent on hoarding as much as possible. But regaining customers’ trust could start with a change of attitude towards its commoditization.

“Many companies have been guilty of just getting as much data as they can because they think data can help solve all their problems when actually they can be much more strategic with data they need and really only collect the data they need and use that in a way to best serve the customer.

“And actually, we should really start with the customer’s need, and get that right and build the tech around that and you’re going to create something that’s much more sustainable,” Aldighieri said.

But what does the customer need?

The name of the game with data-driven advertising has long been personalization. It’s always been a loosely-defined term that’s been used to describe anything from cookie-based retargeting — seeing some jeans you looked at for 30 seconds on Asos following you on LinkedIn for the next two weeks — to your first name at the start of an email.

Alternatively, it can relate to more elaborate, creative forms that offer customers something unexpected but valuable. Best Western partnered with IBM to quiz consumers on their travel plans, for example, and was able to offer localized recommendations for sights and attractions as a result.

The trouble, most of the time, is that there’s no ‘conversation’ between advertiser and consumer — they are essentially bombarded with ads that, at best, they might be interested in and go on to purchase, or at worst will creep them out and leave their perceptions of the advertiser alienated. As Aldighieri described it: “obviously that’s personalization but that’s not personalization done in a way that feels like the customers in control of what’s happening.

“It’s that notion of just because you can do it doesn’t mean you should, and I think some of the practical reality drives short term gain in terms of sales, but long-term-buying credibility goes out the window.”

The key point advertisers must acknowledge is that customers are ready to share their data for services they see as valuable — there is less need for opacity today.

A growing, tech-savvy portion of consumers are conscious and accepting of the data value exchange, but are looking for reassurance from brands that these contracts are beneficial — the onus is on brands to offer those services and articulate why that data is important to them, and that it’s secure and redeemable.

“Our research shows that customers are reasonably happy with the amount of data they’re sharing, but they want more control, they want more transparency,” said Aldighieri.

Ultimately, we are not going to see a move away from data in any industry — the advertising industry is far from an exception. Data will continue to be a great asset for organizations, but they must understand it’s not their data; using it without establishing the trust of its owner won’t end well in the long run.

“They need to build trust, and building trust isn’t just about ticking compliance boxes,” Aldighieri told us; “It’s about talking in a very open and transparent way so that people feel reassured when they interact with you.”

Ensuring that trust translates to long-term value, personalization must be driven by relevance of experience and creativity. And that doesn’t mean retargeting.