Up until now, robots have been confined to production lines 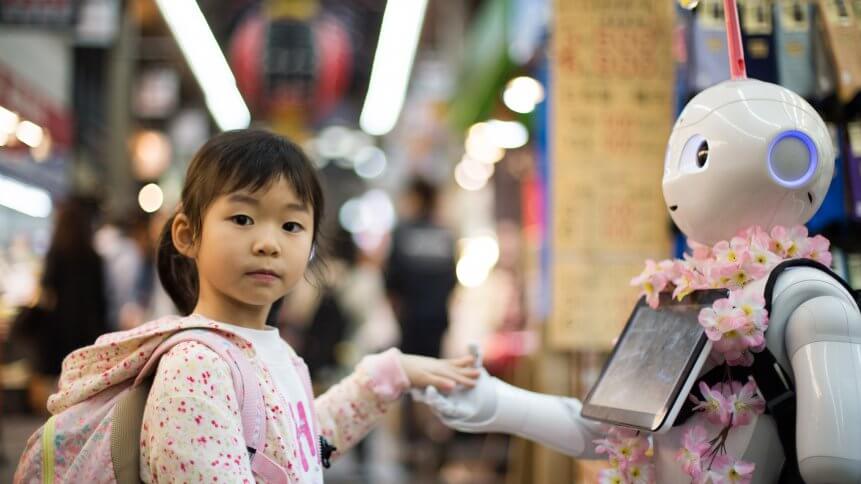 The robots are coming. Source: Unsplash

Sixty-one percent of executives expect their organizations to use robotics in uncontrolled environments within the next two years, according to Accenture’s latest report.

The research, Technology Vision 2020, collected responses from 6,074 business and IT executives globally, exploring technology trends that will set the tone for the decade. Robotics, and its evolution beyond labs, factories, and warehouses into the ‘real-world’, is a core focus.

Breaking the confines of controlled environments will be made possible by continued advances by robotics companies — such as ABB, Amazon Robotics and Boston Dynamics — as well as the enhanced connectivity offered by 5G’s rollout in the near future.

With the report hinting that we are close to realizing a world painted by so many sci-fi films, respondents were split on their outlook. Close to half (45 percent) said employees will be challenged to figure out how to work with robots, while the rest were unfazed. Polarized opinions here aren’t surprising — the emergence of new working partnerships between man and machine has been a significant area of study.

Regardless of the various reception and attitudes towards robots, there is a world of opportunity for industrial robotics applications beyond contained settings. Below, we reveal a glimpse of some examples of open-world robotics presented by Accenture.

The open-world applications of robots

Robot deliveries will be ubiquitous. Leading brands such as Amazon and Walmart are already using robots to deliver groceries and goods to consumers’ doorstep, realizing that autonomous delivery vehicles can handle much of the burden of last-mile deliveries.

These are mainly trials and pilots, currently, and future deployments will likely see enhanced capabilities and interactions. As an example, robots will interact with employees before deliveries and with customers when it arrives at their door. In between those two endpoints, delivery robots must navigate and interact with the outside world — one that was built for the automobile — negotiating obstacles, crossings, pedestrians, and curious children.

The technology must be ready to handle unexpected situations, and this calls for additional systems to help delivery robots maneuver the streets and enhance their ‘social skills.’ In other words, the robots’ movement beyond limited human interactions within warehouses and factories will drive the necessary development of more communicative machines.

Robots will play a larger role in the retail domain. Walmart is already deploying robots to stock shelves moving amid customers between the aisles. Recently, the retail giant announced plans to add self-scanning robots to 650 stores by this summer, in addition to the 350 stores that are already leveraging this technology.

Taking robotics in retail to the next level, AT&T and Badger Technologies are combining forces to bolster retail automation with 5G-powered, in-store robots. The robots will identify emptied shelves, and locate mispriced or misplaced inventory. Meanwhile, robots can use robotic arms to pick the merchandise that customers choose through touch screens, allow stores to optimize shelf space.

As robots increasingly move from warehouses to shopfronts, embedding artificial intelligence (AI) will allow retailers to dramatically transform their customer interactions. Moving from purely sensor-based decisions, they will be able to offer personalized ‘advice’ based on analysis of data such as age, location and purchase history. Softbank’s humanoid robot Pepper, for instance, can chat with customers, answer their questions and give directions. It can even recognize if someone is happy or sad from their voice and respond accordingly.

As physical retail becomes increasingly based around experiences and personalization, enhanced, customer-serving robotics will dovetail into these areas, both operating from and contributing to the collection of customer intelligence data. 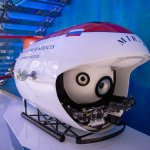 One of their key roles will be handling tasks that can be hazardous to humans. In North America, the International Labour Organization reports that up to 1,000 human miners die annually due to injuries, explosion, or machinery. In fact, mining is one of the most dangerous jobs in the world.

With a high number of fatal cases in mines, robots will beckon in an era of increased safety and efficiency. For example, when mining for natural minerals such as ore, automated drill rigs will be the right robot for the job. Drilling ore from the ground poses high risks as explosives are required to break apart rocks. However, automated drilling rigs can create holes faster with higher accuracy, speed up productivity, and reduce fatal injuries. Autonomous subaqua mining robots can also dive into flooded mines, operating in confined spaces with low visibility on the quest for rare minerals, at less cost, and much less risk to life, than traditional methods.

“The robotics migration will happen across multiple fronts and in several stages,” Accenture said in the report. “The longterm rollout of 5G will enable the full potential of open-world robotics over the coming years; leaders are finding ways to get early access or even facilitate its expansion.

“In the short term, there’s already new value to be captured from the first phases of the robotics migration, and significant advantages to be gained for those who begin today.”

As organizations prepare for a robotics-driven future, they need to take into account the growing presence of robots in public spaces and the increased interaction with consumers and society. Establishing safe and practical guidelines for the integration of robots and public spaces will pave the journey for success.