Agriculture is already getting the most out of automation

A lesson in pure practicality? 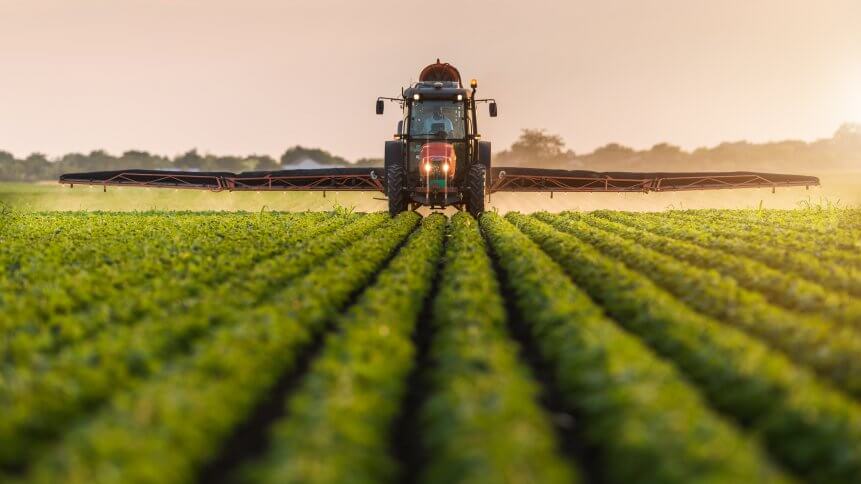 Imagine a physical setting where automation technology is taking hold, and the mind may conjure images of clinical car production lines sooner than hot, dusty farmland.

In fact, agriculture is one of the most advanced industries when it comes to deploying automation technology in the real world. With massive expanses of land, manned by just a handful of workers, technology that can range and work the land with minimal oversight simply makes financial sense.

According to DEC Research, North America — where the average farm spans 444 acres — is now a world leader in autonomous farm equipment. Revenue of more than US$26 billion has been generated by the sale of tractors and combine harvesters with GPS-enabled self-steering systems and drone technology equipped with cameras, sensors and even cropdusters.

The autonomous agriculture technology industry is expanding fast. While on public land, self-driving vehicle initiatives are still challenged by local laws and regulations, agricultural applications have sprung ahead of other sectors, and that’s largely happened out of necessity.

In the US, a steady decline in the agricultural workforce has cost the States US$3.1 billion annually in crop production. At the same time, the US agricultural industry employed less than 1 percent of the American workforce in 2018, according to the U.S. Bureau of Labor Statistics.

In the face of growing populations and rising food demands, autonomous robots and self-operating machinery are making the work viable. California-based Hitch Robotics, for example, has developed a fully-autonomous, solar-powered robot to assist harvest. While this particular machine is geared to the hemp farming industry, the firm claims farms have seen a 30 percent increase in labor productivity, which could save the biggest agricultural state — California — close to US$1.7 billion.

The ability of unmanned agricultural machinery to optimize yields has led to the rise of the agritech industry. A report by market analysts and consultants Tractica has said that global shipments of robots designed for agricultural use are set to rise to a value of US$87.9 billion by 2025.

Alongside other tech-driven investments into IoT, predictive analytics, smart irrigation systems, and more, farmers can now invest in a range of machinery capable of planning, plowing, planting, spraying and harvesting crops around the clock, without direct human control.

Not just bolstering the workforce, machines can also perform tasks more effectively. In the case of weed removal, for example, more precise targeting of chemicals can cut down annual costs by 80 percent, with advantages for the environment as well.

On the impact of agricultural automation, Sam Bradford, a farm manager from Australia, said improved accuracy would be the biggest boon to adoption; “[…] by being timely with the operations and applying inputs directly where they are needed, rather than with a broad blanket approach to large areas. That’s where these robots will work.”

Agriculture is one of the most eager adopters of automation technology but, perhaps much more so than any other industry, the movement has truly been driven by necessity. Many farmers have no other choice but to invest in technology that can fill the gap of a dwindling workforce to ensure their land remains operable, productive and (for the time being, at least) sustainable.

Of course, it’s worth noting that adoption is untethered by the regulations and safety requirements affecting industries such as logistics, which is eager to develop autonomous trucks to replace an ongoing decline in drivers. But organizations across other industries could take a lesson from agriculture in pure practicality — investing in automation only where absolutely necessary.

If your workforce was slashed in half overnight, which processes would you automate first?