From Uber to Toyota, leading tech and auto brands are doubling down on investments into 'flying taxis'. 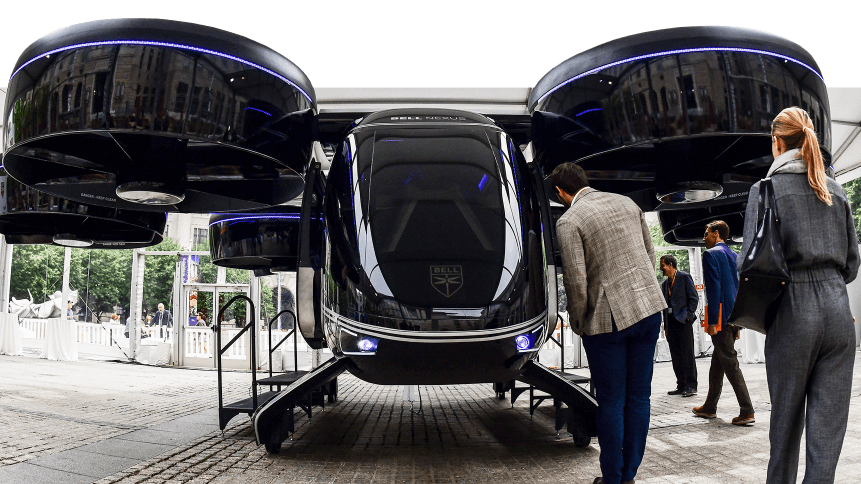 The space race saw nations locked in competition to send the first person to the moon, but now there is another race emerging: to bring airborne transportation to the masses.

The emerging self-flying taxi industry comprises members from leading automakers, disruptive tech companies, and aviation firms across the globe, and the scale of interest and investment is a sign of just how lucrative a market this could become. 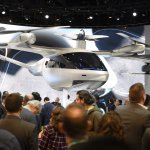 Japanese automotive giant Toyota has been investing in the urban air mobility market since 2017, investing close to US$400 million in aerospace company Joby to develop an all-electric vertical take-off and landing (eVTOL) aircraft, with plans of releasing it for commercial use.

At CES 2020, meanwhile, South Korean firm Hyundai joined Uber to be part of a global “aerial ride-share network” building next-gen flying vehicles. As one of the six aerospace partners, Uber is working towards releasing its “UberAir service” that would enable users to book flying taxis, launching in a few major US cities initially.

Dubbed the SA-1– and capable of cruising 1,000 to 2,000 feet above the ground and travels 180 miles per hour for trips of up to 60 miles– the four-seater vehicle was created in part thanks to Uber’s open design process.

To achieve its goal of commercializing flying cars by 2030, Japan enlisted Boeing and Airbus to develop the travel of the future.

Aviation giant Boeing partnered with Porsche to explore the innovation of flying taxis and the expansion of urban traffic, while both companies plan to leverage their respective expertise to propel the development of premium urban air mobility vehicles.

According to CB Insights, venture capitalists have invested US$140 million per year in flying cars since 2016.

Why flying vehicles are taking off

The recent booming interests and funds in realizing the flying car industry can be linked to a few developments in technology and business models.

First, the technological advancement of hardware and software are catching up with the flying car vision.

In terms of hardware, improved battery efficiency means better support for flying vehicles, while longer routes can be planned. As for software, satellite communication systems are far more sophisticated than a decade ago, opening pathways to developing location and positioning technology for air vehicles.

Overall, the combination of technological improvement closes the gap between concept and real-world application. But also, the core change in ideology that flying cars are no longer envisioned as a luxury product is driving companies to prioritize affordability.

Various companies are planning to develop an air taxi service that consumers can easily use on a daily basis.

We can start to observe a solid ride-hailing concept embedded in the urban air mobility landscape.

For automakers, the rise of new mobility technologies and trends disrupts the present-day core ground transportation business, yet the new industry presents a wave of opportunity for automakers to evolve and redefine themselves in next-gen transportation.

While the challenges of safety and labor costs involved in acquiring certified pilots to operate the flying aircraft, advances in self-driving cars could bring autonomous driving systems into the picture.

In the same vein, the infrastructure such as roadmaps, routes, and ‘air’ traffic management remains a concept.

Presently, small scale air mobility technology such as drones are still at the advent of full release. For instance, last October, United Parcel Service (UPS) received a license to operate a “drone airline.”

Dubai is at the forefront of flying vehicles deployed, the first police squad trained to ride hoverbikes. The lightweight motorbikes can ‘fly’ for 10 to 25 minutes with a single rider, depending on weight and weather conditions.

While a car-sized quadcopter arriving outside your front door may be some years off, the state of investment and development by some seriously, large-scale firms suggests this will one day be a reality.

Although, there will be some significant regulatory and logistical considerations to undertake first.