The global payments firm is making up for lost time, with two high-profile investments already in 2020. 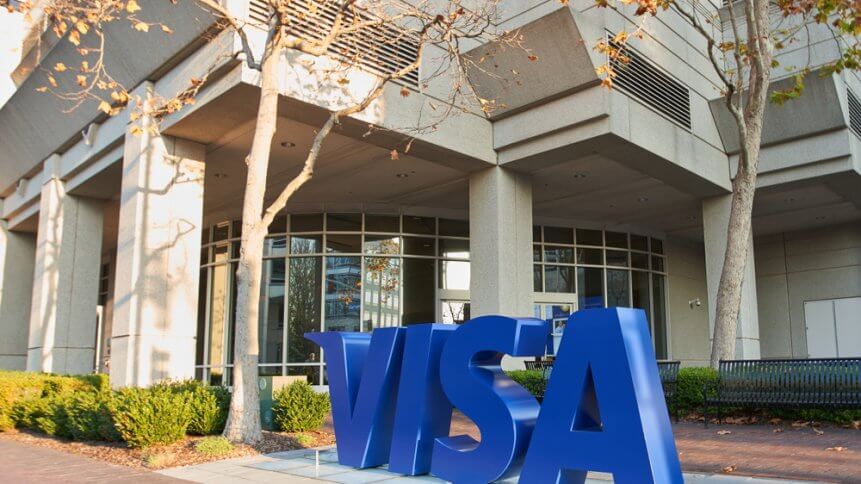 Towards the end of last year, Visa’s CEO Alfred F. Kelly made it clear the world’s second-largest card payment firm was ready to commit to diving headfirst into the fintech revolution – despite an initial reluctance.

Fintech enters the new year with a new look

“We’ve gotten our act together as it relates to fintechs,” Kelly said at the firm’s 2019 Q3 earnings call.

“[…] over the last five quarters or so, we’ve been very, very focused on fintechs and making sure that we are easy to do business with, easy to integrate with, easy to get on-boarded.”

That statement followed a year in which Visa acquired Verifi, Rambus and Payworks and, already in 2020, it’s clear the words of further intent held water.

Last week, Visa acquired Plaid– a banking API firm which connects payment apps to users’ accounts, for US$5.3 billion– and days after made a strategic investment of an undisclosed sum in Very Good Security (VGS), which essentially serves as a liability buffer for fintech startups handling personal data.

While the word ‘fintech’ still chimes of a small, disruptive movement of startups, today– as separate from established finance– it’s a vast industry comprising more than 40 unicorns worth more than US$150 billion.

According to CBInsights, last year globally the number of fintech companies grew to 1,463, with 2,745 unique investors.

That said, there is still plenty of room for new startups at the table to disrupt, piling further pressure on incumbents– 88 percent of which believe a good chunk of their business is at threat to these new firms in the next five years, according to PwC.

Visa’s latest investments demonstrate significant confidence in fintech becoming the new reality of finance in the coming years. Plaid has been described as “the pipes” of finance, becoming central to powering large and growing suppliers of fintech services.

The acquired firm’s scale is such that it’s estimated to be used by 1 in 4 consumers in the US, according to CNBC, connecting users to 11,000 financial institutions, including Venmo, Square Cash, Chime, Acorns, Robinhood, and Coinbase – a network Visa can now leverage.

Visa has said the acquisition will enable it to realize new market opportunities, better services for developer partners, and tighter relationships with fintechs. With millions of customers across 200 countries, meanwhile, Visa has the network to allow Plaid to scale rapidly.

In part, it will help the firm move services beyond its core card payment model, which becomes increasingly at risk of disruption. Though this part of the business remains strong, alternative payment types are emerging– including real-time payments (RTP) and mobile wallets – which could begin to see card revenues fall.

Alongside Plaid comes VGS. This company has a history in developing strong encryption technologies, which it has now packaged into an SaaS platform, which startups can use to interact “with sensitive and regulated data without the liability of securing it.”

Data security and compliance have long been obstacles to agility among finance startups. By fast-tracking certificates like PCI, SOC2, CCPA, GDPR and others, VGS allows them to focus more on product development and building partnerships. Customers of VGS are able to run background checks without needing to hold Social Security numbers and issue credit cards without even seeing a card number.

“This investment from Visa further signals a shift around how companies think about protecting sensitive data,” said Mahmoud Abdelkader, CEO and co-founder of VGS.

“We’re excited to continue de-scoping customers’ applications from ever having to handle sensitive data, enabling them to go to market faster and making it easier to partner with large financial institutions.”

Visa’s 2020 investments, so far, show the firm wants to build a suite of fintech-ready finance services, as the market promises to continue ballooning in the coming years. The payments firm knows a new reality in finance is coming, and is making up for lost time.