Cloud spend has exploded from “virtually zero” to nearly $100 billion in ten years. 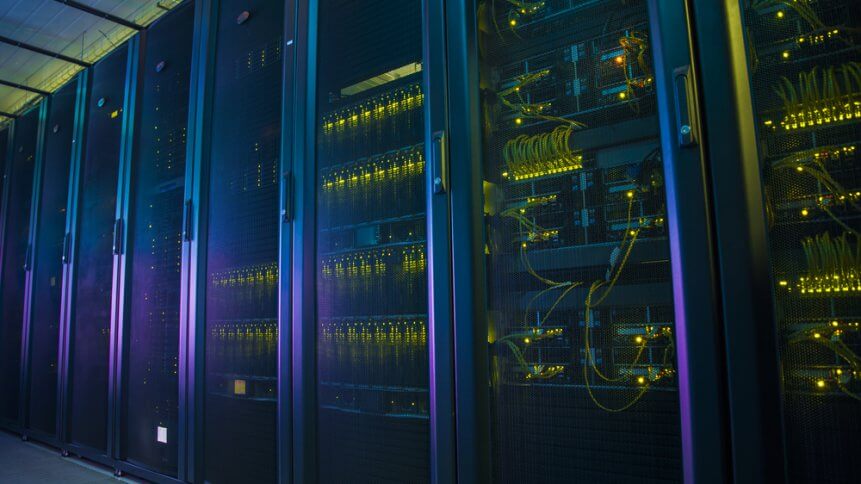 If we needed hard evidence that the world of enterprise technology has rolled over into the “cloud era,” a report this month by Synergy Research Group might have it. 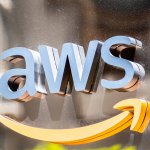 Majority of workloads will go to cloud in 2020

Businesses spent more last year on cloud infrastructure services than on data-center hardware and software, according to SRG, which described cloud technology adoption as accelerating from “0 to 100 in ten years.”

Total spend on cloud infrastructure services in 2019 is expected to amount to US$97 billion – an increase of 38 percent on the year prior – while total spend on data center hardware and software is expected to hit US$93 billion, amounting to year-on-year growth of just 1 percent.

As such, the cloud infrastructure market has exploded from “virtually zero” at a growth rate of nearly 56 percent annually while, rising just 4 percent each year, data center spend has looked largely “stagnant”.

Over the decade, as enterprises flocked to toolsets like IaaS, PaaS and hosted private cloud, spend on cloud services has risen 56 percent annually against just 4 percent for on-prem hardware (though much of that was within the first three years). 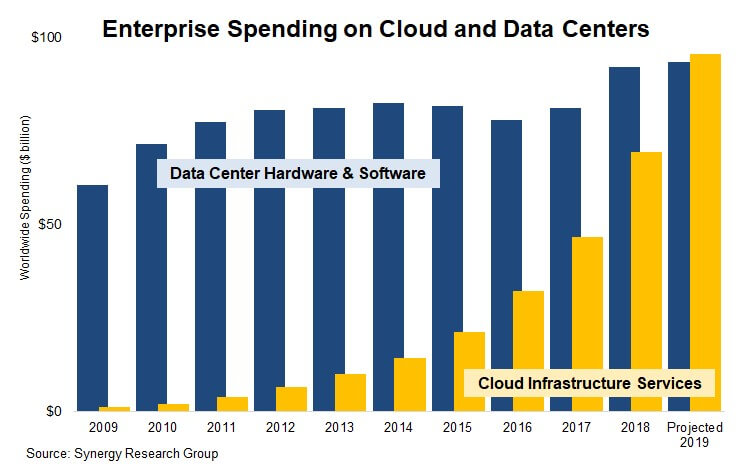 “The decade has seen a dramatic increase in computer capabilities, increasingly sophisticated enterprise applications and an explosion in the amount of data being generated and processed, pointing to an ever-growing need for data center capacity,” said John Dinsdale, Chief Analyst at Synergy Research Group, in a statement.

However, Dinsdale said that more than half of the servers being sold are going into cloud providers’ own data centers, not those of enterprises.

“Over the last ten years we have seen a remarkable transformation in the IT market. Enterprises are now spending almost US$200 billion per year on buying or accessing data center facilities, but cloud providers have become the main beneficiaries of that spending.” 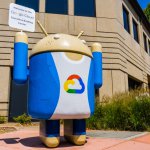 The good, the bad and the ugly of multi-cloud

Speaking to Network World, Dinsdale said that companies are getting out of running their own data centers, and “there is no end in sight” to the trend: “Things or news items that run against the grain of a big trend tend to get media coverage and can give readers the sense the trend isn’t there. This one most definitely is,” he said.

“This isn’t a simple ‘either x or y’ situation, and a common practice is moving suitable workloads and apps to the cloud while continuing to manage in-house IT for more complex or sensitive tasks. But the balance is very clearly swinging heavily towards using cloud providers.”