The Chinese CEO championing a culture of women in tech

Organizations experience more growth and innovation when women and men are presented with equal opportunities to rise. 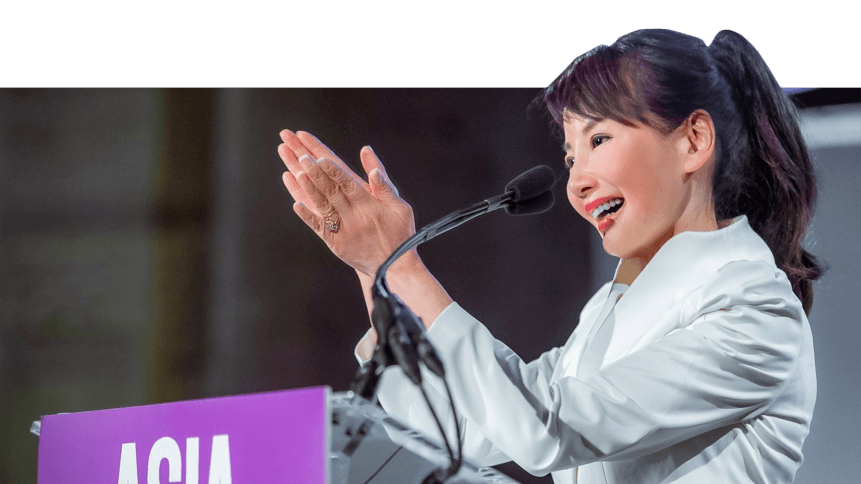 According to a recent survey, the number of women in senior leadership has grown over the past five years in the US.

An increasing number of organizations are witnessing the transformation and impact led by women leaders, yet women remain significantly underrepresented at every level.

The survey, Women in the Workplace, revealed that only 6 out of the 323 companies surveyed followed a full range of inclusive and unbiased hiring and promotion practices.

In most cases, initiatives to foster a diverse work culture are established. However, progress towards full adoption is relatively slow, especially in the fields of science and technology.

In the US, only 8 percent of aerospace engineers are women and one in five software developers are women.

Overall, the tech industry is regarded as a male-dominated industry, and this lack of diversity and representation of women in tech is a worldwide problem.

Recently named as one of Forbes’ “World’s Most Powerful Women 2019”, Jane Sun, CEO of Trip.com Group, is an advocate for promoting a gender-equal and diverse work environment.

“In terms of gender equality, we’ve come a long way, and at Trip.com Group, over half of our staff are female. But there’s still a long way to go.

“In my role as CEO if Asia’s Online Travel Agency, I’m trying to implement more support for all of our employees to reach their potential, and I hope that more companies across the world will continue to do the same,” said Sun.

Her efforts in promoting gender equality in business were recognized with an Asia Game Changer Award in New York.

While ascending the ranks of a traditionally male-dominated industry, Sun shared the challenges faced.

“As a working mother, I think finding the balance between work and family can be stressful for many. I understand that being a female leader in a traditionally underrepresented industry such as tech is not an easy task; however, it is important to recognize the unique strengths that female leaders bring to the role.”

The power of female leaders in tech

In an interview with TechHQ, Sun took the opportunity to outline some of the unique strengths female leaders bring to teams and organizations as a whole.

“I have noticed throughout my career, that a majority of the time, females put the team first. They are willing to make a personal sacrifice for the team to be successful and I think this is a great strength for company executives.”

Sun also highlighted that women master the art of negotiation by “putting themselves in others’ shoes”.

In the process of negotiation, women often try to see the deal from the other party’s perspective to understand what they value and reach a win-win deal that satisfies both parties.

“Lastly, I feel female leaders have a competitive advantage in is communication and team-building skills.

“As women, we understand what the team needs and bring to the table a comprehensive solution so that the team, career paths, company interests, shareholder interests, and customer interests are all taken care of. I think female leaders have inherent strengths and bring unique skills to the workforce,” said Sun.

Trip.com Group started as a small company of US$500 million market cap and today is known to be on of Asia’s leading OTA (Online Travel Agency), with a market cap of over US$20 billion.

Presently, female employees represent more than half of the company’s 40,000 staff globally. To add on, over 40 percent of middle management and one-third of executives are females.

Besides the impressive statistics, the leading OTA supports women by structuring a work environment that coincide with the goals and ambitions of women at different stages of their careers.

“We have to alleviate some of the difficulties by implementing several benefits including flexible working hours, taxi fare reimbursement for pregnant employees, various subsidies for new mothers and subsidized oocyte cryopreservation for senior staff who would like to focus on their career before starting a family,” shared Sun.

This is an excellent example of how a gender-equal organization goes beyond a ‘healthy’ male to female workforce ratio of 50:50. Instead, it is about cultivating a work environment that provides equal opportunities and treatment for all employees.

The global tech company is one of the few exemplary organizations that promote a diverse work culture through a set of company policies.

The tech industry as a whole falls behind in enforcing a diverse workforce but signs of change are evident when the role of women in tech becomes prevalent.

Cybersecurity is one of the few exceptions whereby women are dominating in leadership roles such as 28 percent of female leaders at the C-suite as compared to 19 percent of male leaders.