The chief executive officer of the RISC-V Foundation has decided to move from its current Delaware headquarters to Switzerland as a direct result of the increasingly raucous trade war between the US and China, Reuters reports.

The Foundation, which has over 300 commercial members (including Broadcom, Qualcomm, Huawei, and Google), oversees and coordinates the development of what it describes as “a new era of processor innovation” through open standards and collaboration.

The architecture, theory, codebase, and design of RISC-V chips are publicly available, and the project is designed to remove the proprietary element in the development of microprocessors.

The current board members, all of whom are US citizens, will be joined by European and Asian members as the Foundation shifts its base because of what its Chief Executive, Calista Redmond, said was a concern from its members “about possible geopolitical disruption.”

The RISC-V project began life as academic projects at the US University of California, Berkeley, and later received funding from the Pentagon’s DARPA (Defense Advanced Research Projects Agency). The fact that the project was the result of domestic research has incensed Arkansas Republican Senator Tom Cotton, who said, “if American public funds were used to develop the technology, it’s […] completely outrageous.”

The involvement of Chinese companies — seen as inevitable and indeed, positive by the Foundation — has also stoked the flames of the current war of words between the US and China, with House of Representatives Republican Mike Galagher reportedly telling Reuters, “the Chinese Communist Party is trying to circumvent our export control system to support national security threats like Huawei — we cannot let it succeed.”

However, a DARPA spokesperson pointed out that the open-source nature of the RISC-V project means that any intellectual property (for instance, the design of any chips going into production that bear the RISC-V badge) is available to anyone with access to a web browser.

And while American manufacturers, retailers, vendors, and researchers continue to seek clarification from the US government on what its trade embargo on Huawei entails in more detail, Beijing has announced that all American computers and software used in Chinese government offices across the country will be phased out in the next three years, and replaced with Chinese systems. 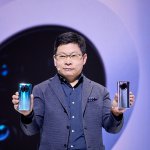 According to the Financial Times, which broke the story, the move involves replacing 20-30 million pieces of hardware, many of them integral parts of Lenovo computers currently in use (like wi-fi chips, hard drives, cables, and the like).

The Chinese company Huawei, at the heart of the current trade war between the technology giants of the US and China, has previously dismissed the ideas of any significant impact its embargoed position would have on its growth.

What’s sure is that the type of short-term saber-rattling being practiced by both governments will have long term effects. Those effects might be two competing pools of domestic technology industries vying for neutral countries’ trade, which might be positive, looked at broadly.

Conversely, playing xenophobic tit-for-tat might do little other than cause economic slow-down either side of the cultural and economic divide. The RISC-V Foundation is merely sidestepping any potential uncertainty around the issue by moving somewhere with a more pragmatic approach to international trade.