CIMON 2 can lend a rational ‘ear’ to help overcome isolation and ‘groupthink’. 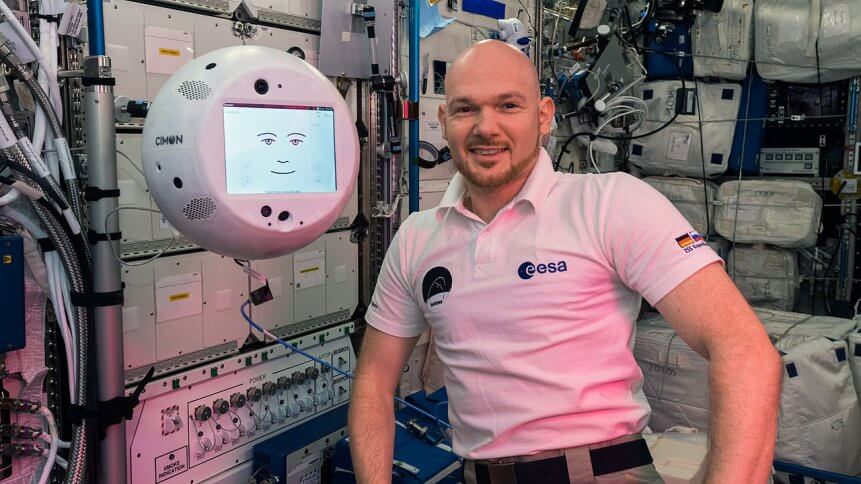 While artificial intelligence (AI) may be a long way from ‘understanding’ human emotions, there are emerging use cases of the technology being deployed to provide guidance and support based on emotional cues— be they visual, text-based or audible. 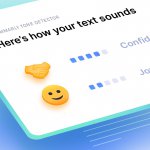 Grammarly on why tone is integral to your business emails

The open-source Replika chatbot app, for example, uses a neural network to hold an ongoing, one-on-one conversation with its users, over time learning how to speak like them.

Unlike more practical virtual assistants— Alexa, Cortana—  the app is there to simply serve as a digital companion.

In a more practical sense, the machine learning-powered spell-checking app Grammarly can paw through a user’s copy— whether it’s an essay or email to a boss— to detect how the tone of their text might come across to its recipient. In this sense, it can play an active role in the emotional response of the reader.

IBM, meanwhile, has used AI tools to monitor players’ emotions at Wimbledon to automatically create highlights packages for fans, while chatbots have been deployed as digital ‘ears’ for users to discuss sensitive issues, such as bullying or depression, for some time.

Based on data and algorithms, AI may be limited in its emotional aptitude, but it is certainly capable of serving as an emotional strut or prompt in certain scenarios.

This seems to be the thinking behind the idea to put an emotion-sensing robot into space, where long-term isolation and communication lags can pose a risk to astronauts’ mental health. The Crew Interactive Mobile Companion 2 (CIMON 2) is among 5,700 pounds (2,585 kg) of supplies and experiments aboard SpaceX’s Falcon 9 rocket launched from Florida on Thursday, destined for the International Space Station (ISS).

According to a report by Yahoo News, the spherical droid is equipped with microphones, cameras and a slew of software to enable emotion recognition.

“The overall goal is to really create a true companion. The relationship between an astronaut and CIMON is really important,” Matthias Biniok, the Lead Architect for CIMON 2, told Reuters. “It’s trying to understand if the astronaut is sad, is he angry, joyful and so on.”

Developed by IBM, CIMON 2 is the second iteration of the AI crewmember (CIMON 1 launched in 2018), but will be more sociable than its predecessor, and could prove crucial in exploring how machines can support humans— practically and emotionally— in future space exploration.

CIMON returns! CIMON-2 (Crew Interactive Mobile Companion) is on its way to the ISS to explore the interaction between man and machine. We’re proud to contribute @IBMWatson to the joint technology experiment with @DLR_de and @Airbusspace. https://t.co/RqhOuezpM3 #CIMON2 pic.twitter.com/dynWhzarGE

In particular, researchers are interested in learning how CIMON 2 can help mitigate ‘groupthink’, a phenomenon in which isolated groups of individuals can lead each other to make irrational decisions.

“Group-thinking is really dangerous,” Biniok said, adding that in times of disagreement, a vital part of CIMON’s role would be to serve as “an objective outsider”, that astronauts can talk to when they’re alone, or that can help a group collaborate.

From Space Odyssey’s HAL to Interstellar’s TARS, outer space AI assistants have been a mainstay of science fiction films for decades, and CIMON’s developers didn’t deny that the sci-fi world had inspired its development.

Ultimately, CIMON 2 demonstrates how technology doesn’t have to be practical to advance exploration, wherever or whatever that may be. Machines’ ultimate detachment from human emotion can be the very thing that makes them well-suited to provide the right support when it’s needed.