It’s a landmark event for an industry suffering from driver shortages as e-commerce ramps up demand. 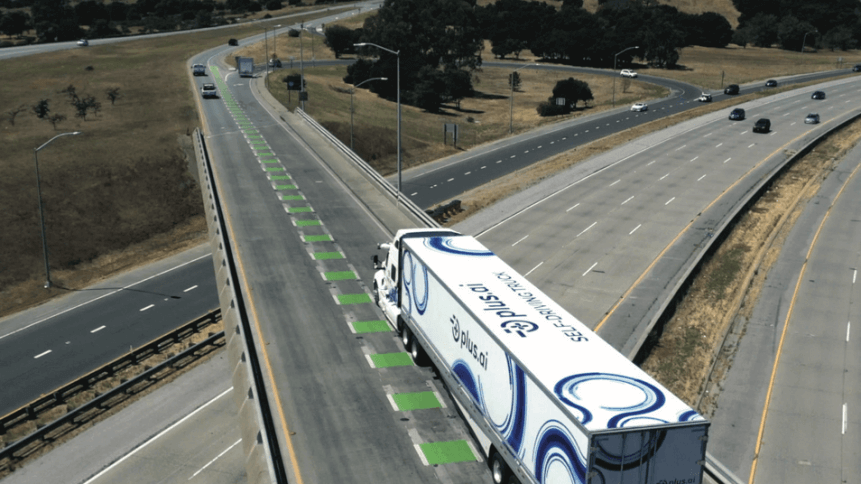 An autonomous truck carrying 40,000 pounds of Land O’Lakes butter has made a successful three-day trip across the United States.

Carried out by Plus.ai, the 2,800-mile journey from Tulare, California to Quakertown, Pennsylvania marks what’s believed to be the first real-world commercial freight delivery by a self-driving truck.

Founded in 2016, Plus.ai is a Silicon Valley-based firm with aims to bring automation to the “trillion-dollar trucking” sector and claims to be working in pilot programs with top freight shipping companies.

These are now held by 65 companies in total— an indication in itself of the interest in developing the technology.

Despite being the primary method of shipping goods across the US, the trucking industry has been experiencing a labor shortage since 2003, according to the Bureau of Labor Statistics (BLS). Plus.ai’s endeavor sought to test how its software could help alleviate that shortfall.

According to the team, while there was an operator on board at all times, they were never in a situation that would cause them to take over. The vehicle was also trailed by a safety engineer.

“We wanted to demonstrate the safety, reliability, and maturity of our overall system,” said Shawn Kerrigan, Co-Founder and COO of Plus.ai, who added that Plus.AI had conducted rigorous tests for a long period of time, “running every week for roughly one year.”

According to Kerrigan, the system used cameras, radar, and lidar to help determine distance. Breaks were scheduled along the route in line with local laws, as well as fuel stops— at which points the operator took over. The truck otherwise drove itself.

Speaking from the manufacturer’s perspective, Land O’Lakes Chief Supply Officer, Yone Dewberry said; “To be able to address this peak demand with a fuel-and-cost-effective freight transport solution will be tremendously valuable to our business.”

While it’s predicted that 2020 and 2021 could see ramped up trials and 2022 could even see commercial rollout, the pace of deployment will hinge on regulations that are held up differently from state to state. 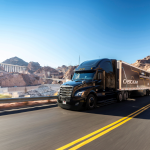 Plus.ai doesn’t face a shortage of competition. As far back as last year, Embark Trucks sent a vehicle cross-country, making a similar distance, but the truck wasn’t carrying goods.

More recently, Daimler announced plans to invest US$573 million in automated truck technology with ambitions to put the vehicles on the road within the next decade.

With 65 percent of consumable goods in the US trucked to market, a report by McKinsey & Company said autonomous trucks would change the cost structure and utilization of trucking.

As pressure from e-commerce rises, automation at every point in the supply chain is proving vital to cope with demand— autonomous trucks are estimated to save 45 percent in operating costs (between US$85 billion and US$125 billion) for the US for-hire trucking industry.

While the technology is built with safety and security first as a necessity, some are concerned about the potential risks of vulnerabilities to autonomous vehicle systems— and what could happen if a malicious hacker was able to take over.

Overall, however, with 96 percent of crashes attributable to human error, autonomous vehicle technology, when fully-developed and tested, could prove a safer option for transportation overall.