Despite the excitement, Accenture cautions on spending on ‘tech for tech’s sake’. 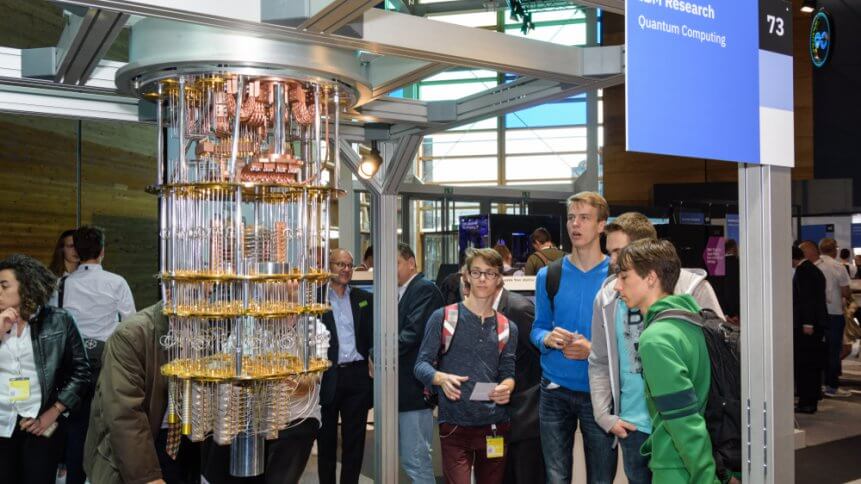 IBM shows a model of quantum computer at their pavilion at CeBIT 2018. Source: Shutterstock

UK businesses are set to triple spending on quantum computing within the next five years, according to research by CBI and Accenture.

But experts from the management consultancy warn of investing in “tech for tech’s sake.”

The powerful, next-gen capabilities presented by quantum computing will see the proportion of firms investing in it jump from 11 percent at present, to nearly a third (32 percent) in five years.

Though still in its research phase, quantum computing has the potential to speed up complex calculations, doing in just a few minutes what a computer would take thousands of years to do.

“As we move from research to reality, investment in quantum computing is set to leap threefold, and could make possible experiments that are currently too costly and impractical,” said Felicity Burch, CBI Director of Digital and Innovation.

The study, which was based on a survey of more than 100 businesses across a range of sizes and sectors, explored the way in which enterprises plan to spend on emerging technologies, including artificial intelligence (AI), blockchain and other distributed ledger technologies (DLT).

Blockchain and DLT will see investments double from 16 percent today to 35 percent in the five-year timeframe— while AI, as it becomes a “mainstream” technology, will see a third (32 percent) of respondents spending on it.

While quantum computing remains “further off” in terms of its real-world application, results from the study demonstrate excitement in the possibilities, such as in solving highly-complex scheduling problems in manufacturing and logistics, cryptographic security, or pattern-matching to anticipate scenarios such as traffic jams, to name just a few examples.

Firms in the study cited their main motivations as heading off the competition while increasing productivity came second.

In order to maximize investments in tech adoption, businesses need to leverage technology, talent, and be aligned with business objectives and outcomes. This enables businesses to build an agile system to support the new technology now and in the future.

Businesses must also be acutely aware of the challenges presented by new technologies, including new issues such as AI ethics.

“As data is collected and applied through AI, the need to eliminate bias and bring diversity of thought is critical,” said Bahrololoumi. “If businesses overlook their important role in addressing this, then we’ll fail to create the best possible outcome for society.”

Despite potentially hindering technology adoption, two-fifths of respondents (41 percent), were supportive of the regulatory environment that underpins technology investment.