An interview with the fintech's Fincrime Product Owner, Dmitri Lihhatsov, on the creation of anti-fraud AI. 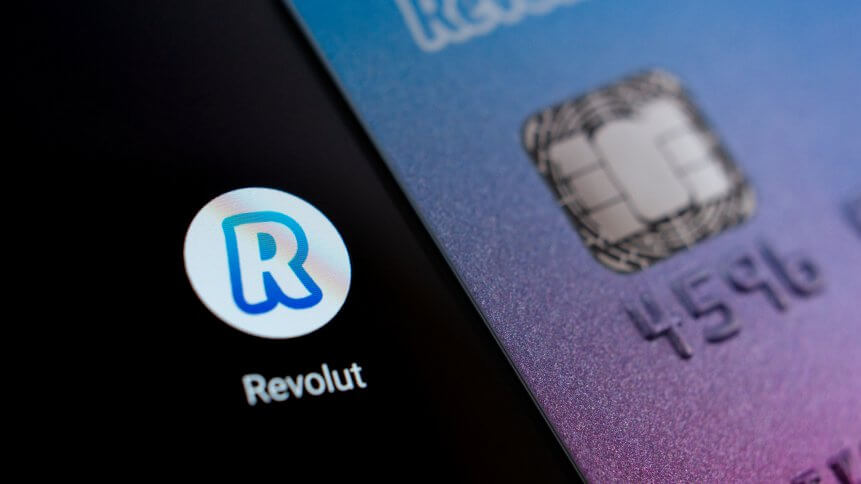 Revolut could be regarded as the posterchild of the fintech movement. Still labeled a startup, the app-based banking unicorn seeks no less than to disrupt the world’s third-largest market.

Considering the group is less than five years old— and with 8 million users has nearly a third of the customer-base of the UK’s Lloyd’s Banking Group— that mission doesn’t seem farfetched.

Revolut is on an aggressive path to expansion. Headquartered in London, it’s set to seize 56 markets around the world in total; it has even attracted tie-ups with rival global payments monoliths Visa and Mastercard.

“In everything we do, we aim to redefine what’s possible. We see the world without borders, without barriers, neither on the ground nor in people’s minds,” Revolut’s Dmitri Lihhatsov told TechHQ.

“Our mission is to build a global mobile-first bank for all your financial needs: from multi-currency current accounts and credit cards to mortgages, loans, insurance products, and investments.”

Lihhatsov is Revolut’s Financial Crime Product Owner, and that means he is in charge of overseeing the development of technology that helps protect the firm’s rapidly-growing userbase from fraud.

A Master’s grad in Computer Science and Computer Engineering from the Moscow Institute of Physics and Technology, Lihhatsov has held positions as a Software Engineer and Solutions Architect at Intel and Ford respectively.

But, inspired by conversations happening around AI several years ago, he signed up to several machine learning courses on Coursera and Udacity, after which he discovered Revolut, founded by co-alumni (and countrymen) Nikolay Storonsky and Vladyslav Yatsenko.

“On a Skype interview, Nikolay asked me if I would like to help Revolut protect their customers from card fraud,” Lihhatsov explained.

“At that time, I was looking for a problem to fit my newly acquired knowledge in machine learning. Remembering my own experience with fraud, I decided to take on this opportunity—kind of out of revenge— to show fraudsters that we can protect ourselves.”

The rise of Sherlock

Lihhatsov’s technical abilities and fresh knowledge of machine learning made an immediate impact on Revolut. The new FinCrime Product Owner led the development of Sherlock, a machine learning-based fraud prevention system that continuously and autonomously monitors all Revolut’s users’ transactions.

“While a web store or a terminal at Starbucks is displaying the ‘Processing Payment’ animation, in under 50 milliseconds Sherlock evaluates your transaction,” Lihhatsov explained in a Medium post on Sherlock’s technical development.

If Sherlock finds a transaction to be suspicious, it will access the user and merchant profiles from its database on Couchbase and will block the purchase and freeze the user’s card. A push notification is then sent to the user, who can confirm if it was a fraudulent payment or not.

Of course, fraudsters are quick to learn fast when seeking to exploit advanced technologies, so Sherlock’s machine learning models continue to retrain every night, accounting for any missed fraudulent and incorrectly declined transactions, so the product is constantly improving its accuracy. 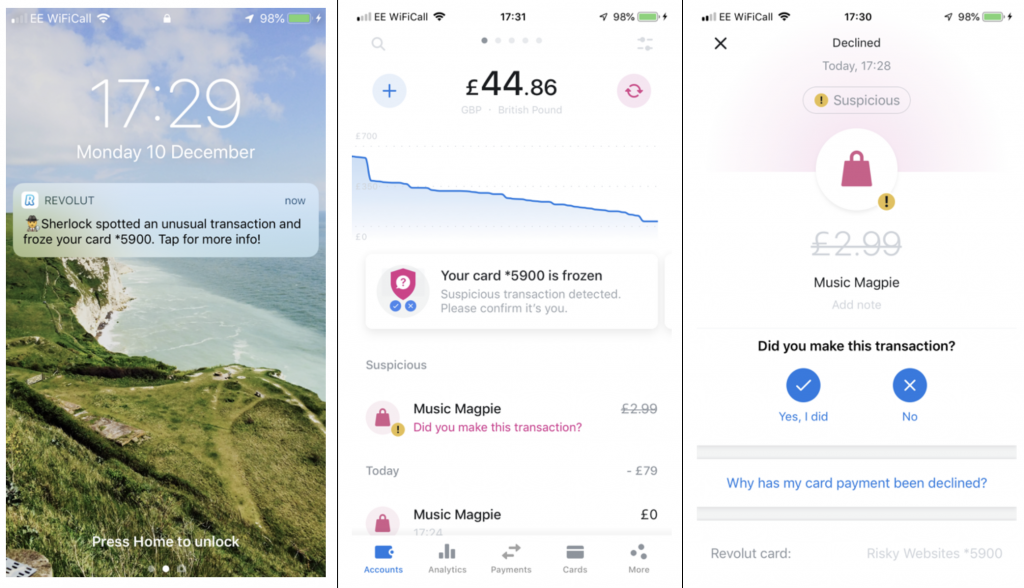 According to Revolut, more than US$3 million was saved during the year that Sherlock was in production, and while 30 percent of Sherlock’s fraud predictions turn out to be correct, 96 percent of fraudulent transactions are caught. Combined with other security features, this means that just $1c out of $100 processed is lost to fraud on Revolut, much less than the industry average.

By “delegating” the process of authenticating suspicious transactions to its users in real-time, the fintech startup negates the need for hundreds of support staff, yet the chance of receiving a push notification from Sherlock is around just 0.1%.

Sherlock is just one innovation from the burgeoning fintech market, but it’s a significant one. It demonstrates how original thinking combined with the latest AI and cloud technologies can quickly provide new solutions to challenges that have continued to snowball but have never been re-approached by incumbents.

For Lihhatsov, it is “difficult to overestimate” the fraud problem in the financial world. Card fraud is just one of issue, among bribery, money laundering and authorized push payments (APP)— money is being used in ways that have a “significant detrimental impact on the global economy as well as the lives of people,” he told us; “The effect of not preventing fraud ranges from drug trafficking, terrorism financing and slavery to finding yourself left without money on holiday.”

The finance industry— whether new fintech challengers like Revolut, established highstreet banks, or goliath payment networks— have a responsibility to stem the tide of fraud and new technologies, steered by the right talent has the ability to make significant ground.

For Lihhatsov personally, the reward comes with the realization of just how much impact negating fraud can mean at an individual level; “[…] the most pleasant part is reading all the positive tweets from Revolut customers thanking Sherlock for stopping fraudulent transactions.

“For a single person, the loss of US$100 can mean the difference between a pleasant holiday and an experience filled with frustration and resent.”