The quantum future is closer with Google's Sycamore and IBM's Q System One moving beyond labs, what does it mean for the world of commerce? 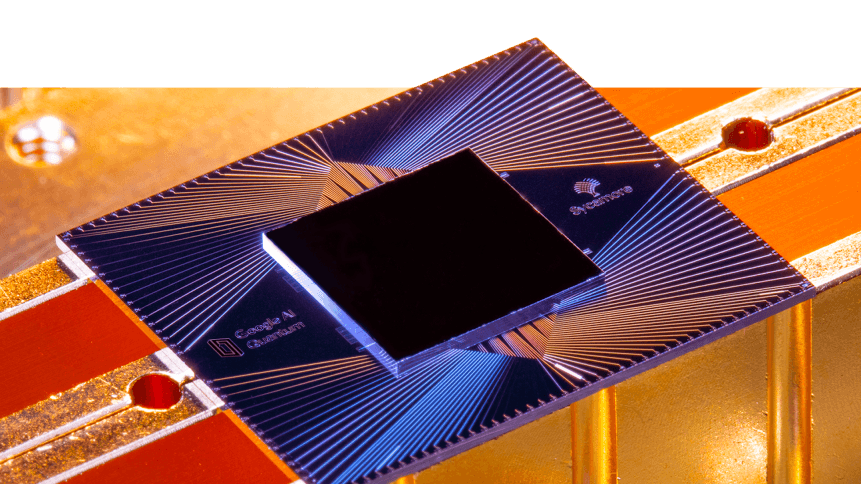 Quantum computers are in theory, supercomputers that can process what’s impossible or difficult for today’s computers in seconds.

Looking at the quantum timeline, we find ourselves closer to the day where quantum computers will be working in the fields of finance, medical, automotive, and science to solve the inextricable problems that classical computers are unable to.

Google’s machine has 53 functioning qubits, on par with IBM’s new quantum computer released for commercial use less than two months ago.

Interestingly, Google’s quantum computer has proven to be significantly faster than the most powerful classical computer in the world owned by IBM. Google’s Sycamore was able to solve a complex problem in 200 seconds, which otherwise would require conventional computers to solve in a span of 10, 000 years.

However, IBM’s most powerful computer, when ran under similar simulation, took 2.5 days.

Google and IBM’s claim on this matter has challenged industrial experts and researchers to rethink “quantum supremacy“; instead, Google, along with IBM, can agree on the goals of pursuing general-purpose quantum computers, with the aim of releasing it to the masses.

“Our strategy, since we put the very first quantum computer on the cloud in 2016, was to move quantum computing beyond isolated lab experiments conducted by a handful of organizations, into the hands of tens of thousands of users,” said Dario Gil, Director of IBM Research told TechHQ recently.

The race to commercializing quantum computers tells us the future of quantum power is getting closer and we have to examine the potential it brings to the business world today.

The quantum of wall street

Quantum computers are recognized for their ability to process large datasets within seconds due to their high powered computing strength.

Imagine the application of this superpower in the world where “money never sleeps,” real-time data can be processed in a stable, reliable, and continuous manner.

An example would be NatWest utilizing Fujitsu’s quantum-inspired Digital Annealer to examine thousands of asset options and navigate through calculated risks to create a diverse portfolio. A once expensive and time-consuming task of calculating financial data and market risk can now be simplified.

Besides that, quantum technology helps secure large and multiple transactions, which may take days or are complicated to settle. In the case of Barclays, “they might seek to optimize the settlement of a large batch of transactions that have varying credit, collateral and liquidity constraints,” Penny Crosman from American Banker explained.

The modular design of quantum computers is central to optimizing in operations and systems of an organization.

Designed to tackle problems often too complex and exponential for conventional computers to handle, quantum computing is on route to find the optimal solution. Supply chain operations are predicted to gain from the system’s ability, such as laying out alternative delivery routes to reduce transport time and optimize the workforce.

Last year, Alibaba announced a plan to develop a quantum processor and launched an 11-qubit quantum computing service to help develop the hardware needed and future integration of the technology to improve customer services.

“Quantum computers might be good for applications in cryptography or large simulations of materials, but they will not be suitable for all kinds of tasks,” Jeff Zhang, Alibaba’s Chief Technology Officer added as the company explores the potential of the technology in e-commerce.

Drug discovery and development involves long hours of computing the right combination of molecules, proteins, and compatibility with a patient’s genetic makeup.

Traditionally, conventional computers are capable of comparing hundreds of millions of molecules, yet they are restricted to examining molecules of specific sizes. The limitation has halt vigorous progress in the research and development of pharmaceuticals.

However, companies are now looking into the possibility of quantum computing to leverage drug development in examining large-scale molecules. Accenture is working towards adapting their quantum-inspired software to integrate with Biogene’s needs to process a mixed algorithm of medical data.

In the end, quantum computers are believed to play a major role in optimizing existing computational methods in medical research and experiments.

With many enterprises looking to board the quantum journey and experiencing the disruption it brings such as optimizing structure, analyzing large data sets, and solving problems— the evolution of quantum computers has taken a huge leap from being a theoretical concept to its tangible application in various fields.

Although the hype of quantum computers and quantum-inspired technologies are prevalent, it may be a while before we see this technology rolling out to the masses in affordable and accessible means.