On the path to a smart city future, a handful of population centers are showing its potential. 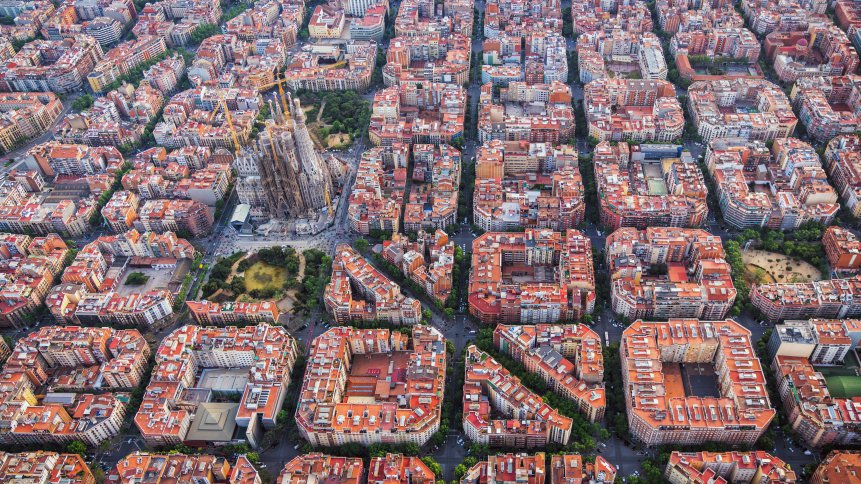 By 2050, the UN predicts that 70 percent of the global population will live in urban areas. The influx of citizens moving to cities accelerates urbanization around the world, and many nations are looking to adopt smart city concepts to coincide with this unprecedented growth.

A smart city is based on connectivity between its citizens and its infrastructure with the use of Internet of Things (IoT) sensors, activators, and technology.

The deployment of technology is to derive data and improve the quality of city life. The focus on smart cities is often the technology deployed and the impact it will bring; however, it is the citizens and visitors that are central to the transformation.

After all, the goal of smart city concepts should be to provide a better quality of life for citizens with enhanced services, better infrastructure, and better environmental impact.

With the smart city industry set to reach up to US$400 billion by 2020, TechHQ explores some of the cities around the world that are already making steps to realize the smart city visions.

Recognizing the potential of IoT, Barcelona has been adopting smart city solutions since 2012 to improve the lifestyle of citizens and enhance public services, in particular, the field of transport.

In order to reduce carbon emission, Barcelona implemented smart parking sensors to help drivers identify available parking spaces in a shorter time. The results were a reduction in traffic congestion and better traffic flow. For example, the city can provide “green light” routes for fire trucks and ambulances to address a crisis in shorter times, helping to increase response rates with potentially life-saving results.

In brief, the smart transport system in Barcelona is more efficient and accessible for citizens to travel and also for emergency services to provide assistance.

With a population of just a quarter of a million, technology and innovation have long shaped the development of the UK ‘new town’ Milton Keynes.

Autonomous mobility is one of the tech town’s core aims in its bid for smart city status, as it seeks to double its population by 2050, attracting a population of innovators to its high and growing concentration of tech companies and SMEs.

Last year, Milton Keynes deployed hundreds of delivery robots to its streets, tasked with fulfilling grocery orders and parcels. Residents can subscribe and use the services through an app with the cost of GBP7.99 (US$10.30) a month and await their goods to be delivered to their doorsteps.

In order to ensure a safe journey, the unmanned ground vehicle (UGV) is installed with a sensor suite, cameras, GPS, and inertial measurement units to navigate its way.

On a larger scale, Starship Technologies (creator of the robots) is expanding its delivery services to corporate buildings and academic institutions. The application of automated delivery vehicles is a step towards building a smart city, although it’s not without its challenges.

Besides managing the mundane tasks of everyday life, smart cities must seek to prioritize the safety and well being of their residents.

Computer scientists and city councils are endeavoring in projects using IoT and sensors to monitor climate change and storm levels. For coastal cities like Miami, this could mean lower mortality rates, reduced damage in homes, and local businesses.

3D mapping and modeling of the city allowed experts to predict how a rise in sea levels will affect buildings and lands in the city. These deep insights enable city councils to plan more effective evacuation plans in preparation for hurricane seasons.

In the long run, urban development and city planning can greatly benefit from these insights for building and remodeling of the city. Sensors and crowdsourced data can be used to make predictions on climate and environmental trends. Projects such as those in Miami could help less developed, high-risk areas, such as Haiti and Indonesia, prepare for environmental crises.

Stockholm, as one of the leaders in science and IT encourages citizen participation to achieve the government’s goal of adopting smart city solutions.

One of the approaches is by having a “make a report” app which allows citizens to report on the conditions and status of city facilities.

For example, users can notify authorities when a rubbish bin needs to be emptied or when defects in infrastructure such as out-of-order streetlights or graffiti.

Based on a collection of reports, the city council can set a more accurate schedule for waste management and allocate budget to maintain the facilities of the city.

This is one of the e-government services which promotes citizen engagement to maintain the high living standards and sustainability of the city.

The Singapore Smart Nation project launched in 2014, is a first of its kind and raises the bar of smart cities globally.

Consistent and progressive development in the healthcare sector, Singapore has reached several significant milestones such as TeleRehab in which patients can undergo rehabilitation exercises at the comfort of their homes and still be monitored by a therapist through the use of wearable sensors.

Besides that, HealthHub is branded as “Singapore’s first one-stop online health information and services portal”. A platform for users to access their health records and make future appointments.

The integrated services create a seamless healthcare system and truly achieves the notion of accessible healthcare and ensure the well being of smart city inhabitants.

Hinting at the power of smart cities

In brief, the vision of smart cities is the application of technologies to re-engineer urban areas for future generations.

We still have a long way to go before we will witness the true potential of smart cities— powered by 5G and IoT technologies— envisioned by tech mavens. That said, the examples above show advancements are steadily taking place in a variety of forms across the world.

They also demonstrate how there is no clear path to smart city status; each population will have its own culture, needs, opportunities and challenges, and each will have to innovate in a very unique way.