Data from Facebook's payment service will be used to help its advertisers target ads.

Facebook Pay will be rolling out this week. Source: Shutterstock

Every day, users are selling or making purchases online through WhatsApp, Instagram, Messenger, and Facebook’s Marketplace. 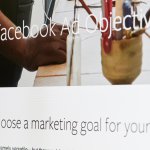 Facebook Blueprint helps you be a better social media advertiser

Seeing the opportunity for a new service, Facebook has announced a release of its very own payment service—Facebook Pay, which will be rolling out this week in the US. A separate project from Facebook’s cryptocurrency association proposal (Libra), this financial service takes on a more conventional approach.

Facebook Pay is here to make ongoing transactions easier with support from major credit cards such as Mastercard, Visa, and other financial services like Stripe and PayPal. The main feature of Facebook Pay is to tie transactions together across all its apps.

Users can opt to add Facebook Pay at all apps or only on a selected few. Plus, the new payment service will store and secure the user’s payment details (card and bank account numbers) with encryption.

Presently, Facebook Pay is released on Facebook and Messenger for “fundraisers, in-game purchases, event tickets, person-to-person payments on Messenger and purchases from select Pages and businesses on Facebook Marketplace,” as stated in its announcement.

However, there are plans for wider coverage by expanding this service to WhatsApp and Instagram. But with a mountain of alternative payment methods, the social media giant’s launch of an in-house payment service may not lie solely in the convenience it provides but the mining of valuable payment data.

The idea of an e-payment project has been in the works for some time; Facebook has been testing WhatsApp Pay in India for over a year. A delay in its full release was due to its non-compliance with the data localization norms standards, claimed by the Reserve Bank of India (RBI). 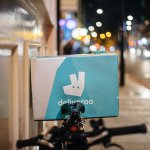 Why Deliveroo is advancing its payment tech

In the US, Facebook Pay will face long-established competitors such as Google Wallet, Apple Pay, and Venmo. However, the company hopes that its huge base of users may provide some momentum for the project’s success.

Even so, some users might not be too keen on using the payment service due to the company’s reputation for handling personal data. To a certain extent, privacy watchdogs may be alarmed by Facebook’s announcement in the use of payment information as a way to enhance advertising.

“As with our other products, the actions you take with Facebook Pay can be used for purposes such as to deliver you more relevant content and ads,” Facebook said.

In this case, a user’s payment details and transaction history in shopping or donation are collected and distributed across all of the company’s apps to provide better targeting ability for its advertisers.

For example, if you buy a baseball glove on Facebook Marketplace, you might see an ad for a baseball bat.

The approach opens up a wealth of payment details that can not only allow the company to monitor the shopping trend but also build a portfolio of individual consumers based on their purchase history.

The use of payment data in advertising is a step ahead from drawing consumers insights based on their browsing history alone— the data represents hard, successful purchases, not just intent— and can formulate greater and more detailed insights, making target advertising more powerful and precise in converting browse to buys.

Facebook Pay seems to bring the company’s vision of harmonizing all of the family apps and running in a coherent system, yet the use of payment data as a way to strategize advertising further blurs the boundaries of data privacy and the company’s stance on it.