Perkins and Will associate Peter Baird talks to TechHQ about the revitalization of the UK’s business parks.

Ideas and actions are driving forces of technological innovation. But we don’t often pay tribute to the impact of the relationship between technology and physical surroundings.

However, locations, building design, transport, proximity to academia— all play vital roles in companies’ ability to attract talent and scale, both vital ingredients for success. 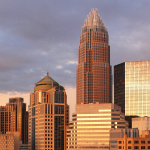 The new top tech towns emerging in the US

In the last half-century, Silicon Valley has boomed. From beginnings as a center for semiconductor and computing industries, it’s become the world’s most prolific tech hub, home to more than 30 Fortune 1,000 businesses, including Google, Apple, Facebook, and Tesla.

The fact that Stanford University sits at its heart is no coincidence. While Silicon Valley now attracts talent from around the world, the establishment provided an early in-flow of talent to the area; individuals that were ready to scale and commercialize college projects into fully-fledged businesses.

Peter Baird is an Associate and Urban Designer at global architecture firm Perkins and Will. His career has taken him to the US, UK, New Zealand, and UAE, and common to all the projects he’s worked on has been the analysis of context or ‘local identity’ of urban and rural areas, leaning on big data analytics.

Baird has been instrumental in the rejuvenation of a business park in the UK— a 20-year “master plan” known as Milton Park 2040 Vision. And while the park isn’t quite on the scale of Silicon Valley, it is a microcosm of that same premise, fostering the rapid growth of startups originating from the local university; Oxford.

Milton Park began life as a wartime industrial railway depot, before becoming a distribution center and then office space in the eighties. The 1.0 250-acre piece of land in Oxfordshire, just a 15-minute train ride from the city of Oxford itself, has had unremarkable beginnings.

But that all changed when a group of entrepreneurs from the University of Oxford and John Radcliffe Hospital was looking for an off-campus facility for the early study of bioscience; “They bought some sheds in an old storage depot, which was Milton Park,” Baird told TechHQ.

“At that moment, Milton Park started its shift from just another industrial site, become a science and technology hub.”

A ‘hotbed’ of tech startups

Today, Milton Park is one of the most successful science and technology locations in the country, a hotbed of spin-out companies from the University of Oxford, comprising some 9,000 employees and more than 250 businesses. It’s even home to unicorns— companies valued over £1 billion in the UK— including Tokamak, a fusion energy company.

That success is owed to drawing fast-scaling R&D tech businesses emerging from the halls of the world-class university, where venture capital investment can mean a business concept can transform overnight.

“[…] there’s a tipping point of which you become big enough to take a step further away from the university,” explained Baird.

“At that point, you’ve probably grown to a 20 to 50-person business, and you can facilitate the purchase of some of your own equipment, but you still want to be within a network or environment of other people doing research and sharing ideas.” 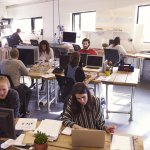 Is the UK failing to support ‘scale-ups’?

The flexibility and scale offered by business parks like Milton are attractive enough to draw entrepreneurs away from urban centers. City center rental prices may be in the budgets of large, established outfits, but for scaleups, that’s unfeasible, and moving away from the center can provide the opportunity to realize growth.

“These companies can grow extremely quickly,” said Baird. “Historically, because of the land ownership that Milton Park had, they have been able to allow the growth of these young companies, very fast.

“They could carve out a new building, transform an existing building, and allow that company to grow while staying in the same place. If you’re a young business with a talented workforce that you want to retain, you don’t want to relocate, but you do need to grow at speed.”

Milton Park put in place a Local Development Order which simplified the planning process. It allows businesses to swiftly gain approval from local authorities to expand in a matter of days; “That kind of assurance— if you’re a company that’s potentially going to add another hundred employees in short order— is really critical,” said Baird.

That rapid growth is “great”, Baird said, but the Milton Park 2040 Vision was focused on making the park a future-facing model for the sustainable development of the burgeoning UK tech industry, in what are often unappreciated spaces built on the periphery of the country’s largest towns.

With restaurants, sports and health club facilities, beauticians, bars, a post office— even its own internal bus service— Milton Park is essentially a small-scale town, and that encourages a sense of community and networking for its tenants, who will spend not just working hours there, but free time as well.

This helps to foster collaboration, Baird said, and the types of “incredible partnerships” whose success is evidenced in Silicon Valley giants like Google, Uber, and Amazon, and of course, within the research arms of universities.

Ultimately, the plan is about making the park an environment where people want to work, and that’s particularly important in tech businesses where talent is specialized and heavily in demand.

“There are very specialist areas and when you’re trying to recruit the brightest and the best, it’s not just your location and office that draws in talent, but the context that it sits within the district and then ultimately the city, and all of the other things that go with that; amenities, housing, and schools play a part in attracting talent.

“And then there’s a factor of culture and ethos which go with the location— I think the UK has an opportunity to embed a longer-term culture into the way we bring forward these places.”

As the park grows, the 2040 Vision outlay will see the introduction of an autonomous ‘pod’ shuttle and bus service— which will link to the local train station, Didcot Parkway. The aim is to cut private vehicle traffic on-site by 50 percent, replacing it with safe and sustainable alternatives as the park expands.

Revitalizing tired spaces accommodates a rising surge of businesses stemming from universities. Oxford University’s Oxford Sciences Innovation fund, for example, is the largest fund dedicated to academic spin-off companies in the world. It’s raised  £600 million (US$765 million) in four years for investment into commercialization from investors including Google, Huawei, Sequoia Capital, and Temasek. The aim of the fund is to ramp up the number of spin-outs per year from 20 to 50.

Initiatives like this, of varying scales, are happening more frequently up and down the country; Baird believes programs like Milton Park 2040 Vision can help nurture them.