Intel to take on Nvidia & AMD with GPUs for AI

The AI market is booming, GPUs are an essential tool, and Intel wants a slice. 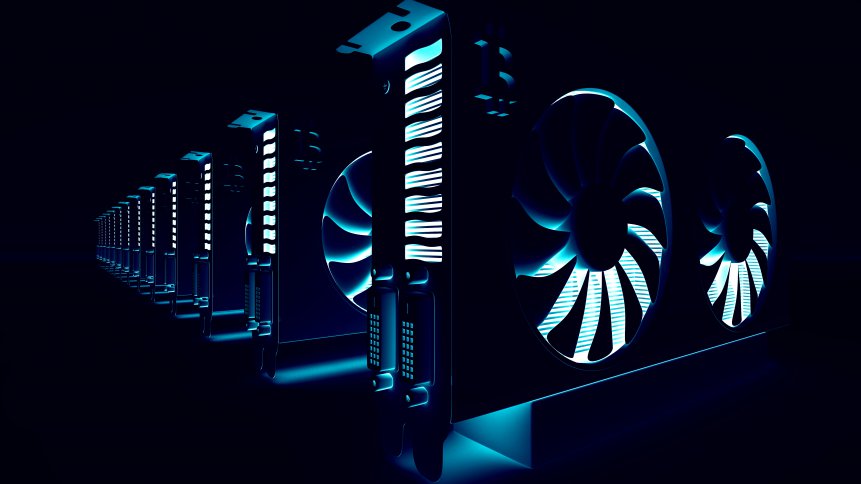 Intel is preparing the launch of a discrete graphics card next year, presenting market leaders Nvidia and AMD with a new rival. Industry sources told DigiTimes about the rumored launch, explaining that the standalone GPU (Graphics Processing Unit) will not be “purely” targeting the gaming market.

Instead, Intel is targeting “business opportunities from the data center, AI and machine learning applications,” combining the new GPUs with its CPUs to create a “competitive platform”.

A move away from the gaming market into AI and machine learning could be a concern for Nvidia, in particular, which has directed its GPUs at the burgeoning arena.

While GPUs have been developed in gaming marketing where— with use of their own memory, cooling fans and heatsinks— they are dedicated to the “large-scale number-crunching” required for rendering evermore ‘lifelike’ game images.

That ability to process millions of iterative computations as fast as possible makes them perfect for big data analysis and subsequently in applications in artificial intelligence and deep learning. They have also been heavily used in the mining of cryptocurrency, where their ability to handle the repetitive computational process of decoding hashes was found to be 800x faster, on average, than CPUs.

“The computing power required to absorb many, many data sets is considerable, but happily for GPU makers, suits the pure grunt-power available from GPUs,” TechHQ wrote previously.

“The more GPUs you use, the faster the AI learning process.”

Away from its PC and data center focus, the market Intel wants to enter is growing rapidly. AI is being used in applications as wide-reaching as data-mining, finance, manufacturing, construction, energy, and chemistry.

Various forecasts on AI market value present staggering figures. Gartner estimates business value created by the technology will reach US$3.9 Trillion in 2022, while IDC predicts worldwide spending on cognitive and artificial intelligence systems will reach US$77.2 billion in 2022.

This would not be the first time Intel has attempted to launch its own GPU, having tried and failed on two occasions.

This time, however, it has the expertise behind it of former AMD CTO of graphics, Raja Koduri. DigiTimes reports Intel has an R&D center in India, where its engineers are working towards unveiling a “new 10nm Xe-based discrete graphics card series in 2020 and a 7nm GPU packaged using Foveros 3D technology in 2021.”

Intel has already received support from the upstream supply chain for the production of its GPUs and has begun integrating them into its CPUs for use in the data center and AI.