Finland’s airports will soon be run by AI

A ground-breaking innovation has been proven to reduce flight delays by 61 percent and will save airports billions of dollars in efficiency improvements. 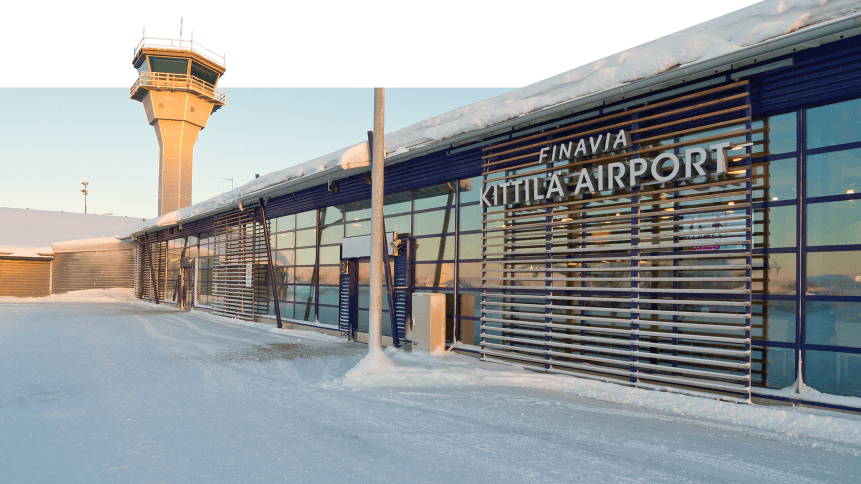 But airports around the globe with savvy management are increasingly experimenting with data analytics and AI in order to make the process of flying more attractive for the customers that pass through their terminals.

In Finland, Finavia— the company behind all of the country’s 21 airports— teamed up with advisory firm Fourkind and agency Reaktor to  take a look at its airport of Kittilä in Lapland.

Finavia found that the airport wasn’t able to keep up with the seasonal demands of the country’s booming tourism industry. Tourists flocking to see the Northern Lights and catch a glimpse of Santa Claus were causing lengthy delays.

Resources at the humble airport were spread thin as it tried to fit a higher-than-average number of planes to just 12 parking lots. It was also struggling to secure adequate airport buses to transport people between gates and planes.

With frequent scheduling interruptions and unpredictable weather, the delay-causing puzzle was hard to crack.

“Adding more resources would not make any sense since, outside the holiday season, the airport only receives one or two flights a day,” explained Henri Lehtonen, Project Lead from Finavia.

Instead, the three companies— Finavia, Fourkind, and Reaktor— came up with a system for optimizing the parking of planes.

The first-of-its-kind automated parking plan informs all airport operations, from deciding bus routes to allocating check-in counters, to giving landing permissions. The system builds a mathematically perfect plan in seconds based on all available flight data, while also taking into consideration set rules and preferences, such as assigning non-Schengen planes to gates closest to the passport control.

“We learned that by formulating all objectives and restrictions related to the aircraft parking problem mathematically, we can find the unique best parking plan among the billions and billions of alternatives very efficiently by utilizing a tailored optimization algorithm,” said Fourkind’s Maria Pusa.

“There is a lot of uncertainty related to the airport operations but predictive modeling is the correct way to incorporate that into the optimization process.”

Running a pilot of the plan in the midst of the December holiday traffic peak in 2018, the system was able to cut delays by 61 percent, and the average time of delays by two-thirds.

The enhanced efficiency could also be attributed to lowered CO2 emissions, and planes were less likely to have to circle Kittilä airport while waiting for a space to become available.

“The system brings a great deal of efficiency and robustness to Kittilä‘s operations. When the conditions change unexpectedly and render the current plan redundant, you can simply produce a new one with a click of a button,” Lehtonen said.

On a different scale, TechHQ recently caught up with John Thompson, Associate IT Director for the Greater Toronto Airports Authority (GTAA). Thompson oversees IT and operations for Toronto Pearson, one of North America’s busiest airports.

The airport played host to 465,400 flights last year and processes over 45 percent of Canada’s air cargo. In 2018, nearly 50 million passengers passed through its terminals.

Thompson told us IT plays a crucial part of improving CX in the airport— the significance of which can’t be downplayed.

“When you can make the experience of catching a flight as seamless and stress-free as possible, travelers will want to return to your airport – particularly during especially busy times like holidays when people are already likely to be feeling stress,” he said.

To that end, Thompson is leading the implementation of AI software throughout Pearson. New software in its ticket kiosks, for example, means that when there’s downtime as a result of running out of paper or ink, IT response rates have been boosted by 81 percent.

“We will add AI to our data structures and find relationships we haven’t seen or looked for yet. This will give us insight to create better customer experiences,” Thompson said.

“Automation is and will be huge,” Thompson continued. “I’m looking forward to machines using automation to open and close a ticket, noting what went wrong and opening a problem ticket to understand why it went wrong and then self-correct. That’s the future.”

Off the back of its smaller start with Kittilä, Finavia will take the innovation to two further airports in Lapland, as well as to Finland’s biggest airport, the capital’s Helsinki-Vantaa, which serves 20 million passengers per year.