Workers don't fear the robot revolution— they are making distinctions between what they and their managers do best. 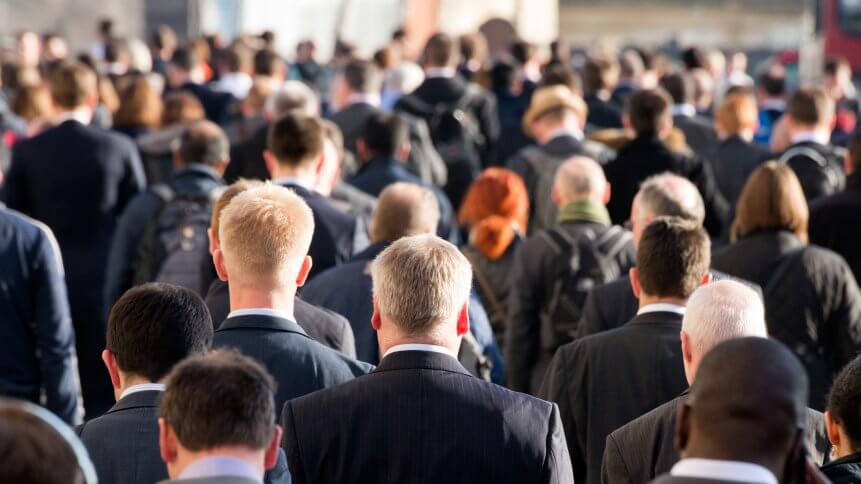 Workers don’t fear the robot revolution. In fact, many are embracing it. Source: Shutterstock

Thirty-six million jobs in the US are highly likely to be automated, based on recent statistics from Brookings Institution.

Figures like these are media-fodder for stories on how workers are running for the hills. But as new technologies— from conversational interfaces to blockchain and the Internet of Things— rapidly enter into mainstream business, their reception among workers is not always as we’d expect.

Far from fearing displacement, or that their skills will become inadequate, a new study by Oracle and Future Workplace, based on more than 8,000 respondents across 10 countries, shows people are generally more excited than anxious about the changes technologies such as AI will bring to an organization.

That study found that as many as 50 percent of those interviewed said they were using some form of AI at work— a jump from 32 percent last year. Meanwhile, PwC predicts that AI could contribute US$15.7 trillion to the global economy by 2030; US$6.6 billion of this will come from increased productivity.

The report found that 53 percent of workers were optimistic about having robot co-workers, while many, it seems, actually place more faith more in data-driven, computer-based ‘managers’ than real ones— more than half of US employees (57 percent) said they trusted robots more than their managers.

On what is preventing them from using AI at work, just 19 percent said it was “fear of being laid off or having to lay off employees.”

“People are no longer afraid of the robots. They have experienced how AI and machine learning can improve the way they work in a very pragmatic way,” said Emily He, Senior Vice President, HCM Marketing at Oracle.

“And the more they use these technologies, the more excited they are about them.”

The results were similar in the UK, with 54 percent feeling the same, while workers in India and China share the highest confidence in robots over managers with 89 percent and 88 percent respectively, showing just how confident Asian workers are with digital transformation and automation.

Have managers lost their human touch?

We are rapidly heading to a place where automation will be given a promotion into higher-value decision-making.

The overall positive outlook on AI’s ability to make business decisions (64 percent on average, across the globe) may be rising as workers witness the benefits of increased efficiency, and actions driven by data, insights, and trends, rather than a manager’s gut feeling.

Robots have the ability to maintain work schedules and are more adept at solving problems. Furthermore, depending on the quality of data they are working on, robots are more likely to be unbiased and can manage a budget more accurately and with fewer errors than human managers.

It’s not to say that employees are ready to part with their human seniors in place of AI programs, though. AI is reshaping managers’ traditional role, read the report, and individuals are making distinctions between what robots do best and what managers do best.

This has implications on how managers spend their time, and how companies manage talent and develop future leaders.

As AI is deployed across businesses, for example, managers will need to bolster soft skills. Employees said they need managers when it comes to interpersonal interaction and empathy; 45 percent said managers can understand their feelings better than robots.

A third (33 percent), meanwhile, prefer to be coached by managers, and 29 percent believe managers are needed to create work culture, and just over a quarter (26 percent) said they were better at evaluating team performance.

Leadership is unlikely to be automated

While employees are happy to trust the decisions of AI, robot managers won’t be running our organizations just yet; 76 percent of workers and 81 percent of HR leaders are struggling to keep pace with tech adoption in workplaces.

Besides that, security and privacy remain key concerns of employees, especially Millennial and Gen Zs, and these challenges will require more humane leadership to tackle and overcome them.

The dynamics of manager and employee interaction may have shifted, but it all comes down to choosing a more humanistic approach to manage work relations in a digitized community.

“Managers will remain relevant in the future if they focus on being human and using their soft skills, while leaving the technical skills and routine tasks to robots,” said Dan Schawbel, Research Director at Future Workplace.