The drones can ‘think for themselves’ to carry out inspections and repairs in high-risk scenarios. 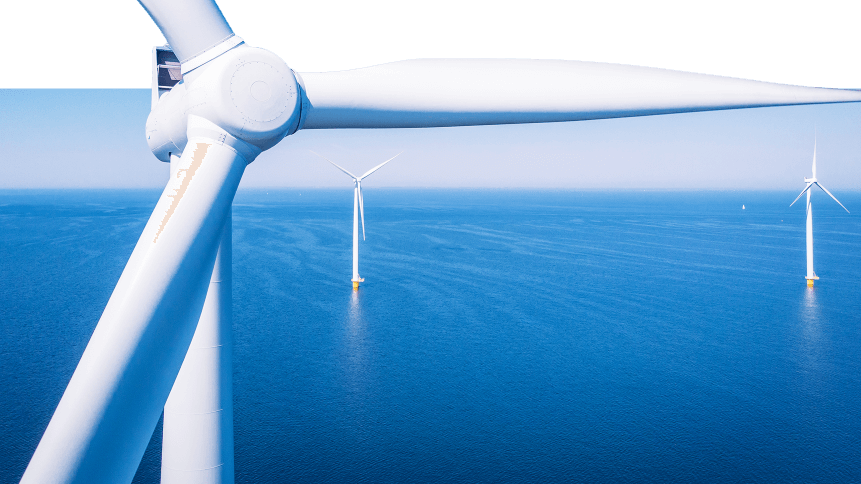 Autonomous technology in the big tech, consumer world is awash with slick designs and uncertainty. While dozens of car-makers are competing to put self-driving vehicles on our streets, pin-pointing when that day will be, remains the subject of debate and speculation.

In industry, however, autonomous technology is already being deployed, showing promising applications and real utility in its ability to get to places where it’s difficult, or hazardous, for humans.

Conducting repairs on offshore wind turbines in the middle of the North Sea happens to qualify for a high-risk situation, and it’s why a consortium of five UK universities have teamed up to develop fully autonomous robots that can do just that.

Unlike most drones, those being developed by the Offshore Robotics for Certification of Assets— or Orca— don’t require human operators. The idea is that they’ll be able to end the need for technicians, who frequently have to abseil down the structures in order to carry out repairs.

Mirko Kovac is Director of the Aerial Robotics Laboratory at Imperial College London, one of the members of the consortium, which is led by Edinburgh University and Heriot-Watt University, and partnered by 35 industrial and innovation partners.

“Drones are currently used to visually inspect offshore wind turbines, but these inspections are remotely controlled by people on-site at the offshore location,” Kovac said.

“Should an area of concern be found, technicians are required to carry out further inspection, maintenance or repair, often at great heights and therefore in high-risk environments. Our drones are fully autonomous.”

As well as being able to visually inspect the turbine for integrity concerns, the robots have a robotic arm and can attach themselves to vertical surfaces on turbines, where they can place sensors, or even act as sensors themselves, to assess the health of the structure.

As part of the UK government’s £93 million (US$118 million) R&D funding for robotics and AI for extreme environments, the Orca Hub’s work doesn’t stop with drones. Its partners are developing robots that can walk, roll on wheels and float to carry out various other tasks on offshore platforms.

“A lot of the offshore platforms we work on are very small. The spaces are very confined, and wheeled robots won’t be able to negotiate their way around the whole platform,” said Professor David Lane of Herriot Watt, Principal Investigator of the Orca Hub.

“So robots that crawl, that have legs and can walk, they can go places on the platform that other robots wouldn’t be able to.”

What connects all the work is the drive to create machines that can make decisions for themselves through the use of artificial intelligence (AI). That means they can carry out work where the radio signal is limited and control cables won’t reach.

“They have an autonomous element, which means that they sense the environment and can make certain decisions by themselves,” said Helen Hastie, Professor of Computer Science at Heriot-Watt and one of Orca’s technical leads.

However, Hastie also adds that the robots must also have a ‘transparent’ element, “so that the operator understands what the robot is doing and why.” That’s an important part of building a new working relationship between man and machine, where the objective isn’t to lay off staff, but enhance the safety of operations.

“[…] we’re trying to get the robots to be explainable so they can explain their behavior to the operator,” said Hastie.

Autonomous technology is being used elsewhere, and while research organizations are pioneering new technology, established firms are looking to capitalize on rising demand for technology that can reduce manpower, work around the clock, and increase safety across industry applications.

In the oil and gas industry, AUVs (autonomous underwater vehicles) are used to make detailed maps of the seafloor, before they start on the construction of infrastructure and pipelines. The technology enables access to areas where traditional surveys wouldn’t be as effective, or too expensive— the vehicles can also inspect structures for damage.