5 considerations for CXOs thinking about SaaS

Accessible and flexible? A report from the IDC reveals what’s scaring users away from SaaS. 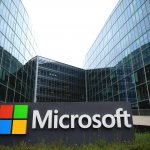 Why multi-everything IT is the new normal

Software-as-a-Service lets companies try out best-of-breed software at accessible and flexible rates. Whether for the company’s CRM, ERP, marketing hub, or otherwise, SaaS can carry some serious benefits.

The immediate cost seems low, the fact that a large company is behind the platform means added security, and the ability to grow into the platform slowly and scale up as necessary are the top three reasons businesses like SaaS platforms.

However, experts believe that business leaders must also be aware of a few issues with SaaS platforms before they invest in one.

According to IDC, here are the top five things that scare SaaS buyers away (and what to do about them):

However, what businesses find hard to estimate is how many users they actually need to get on the platform. Compared to on-premise software, SaaS is quite unpredictable where pricing is considered.

Often, SaaS providers also often tend to charge an initiation or setup fee for enterprise users which makes things even more expensive — and a training fee just adds to the initial costs for the business.

According to IDC, 33 percent of IDC’s SaaSPath survey respondents cited high costs and fees as the biggest issue they had experienced with SaaS providers.

Of those who cited high cost and fees as their biggest issue with SaaS providers, 36 percent repatriated.

What most businesses don’t consider, however, is that SaaS platforms will often be happy to negotiate a different rate if the demand is for a large enough number of users.

Further, when organizations face high costs and fees with one SaaS provider, looking for new alternatives in the market is also an option they must consider.

According to IDC, even if costs don’t start high initially, drastic or frequent price increases can also cause headaches for SaaS buyers.

Price increases where buyers do not see a corresponding change in features or other perceived value is another key issue buyers fear.

In fact, IDC believes that value for the price paid is one of the top three attributes buyers must take into account when evaluating SaaS providers.

To be honest, price increases aren’t really something businesses can guard against by themselves, but if they’re negotiating a bespoke deal with a SaaS provider, maybe price increases could be factored in — something both parties are comfortable with. 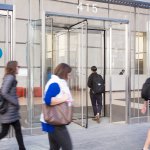 Moving from on-premise or other traditional applications offers organizations many benefits, but if the transition is too painful, it will stop organizations from staying with their chosen SaaS provider.

Of the respondents to IDC’s survey, 25 percent of those that listed difficulty migrating services and data as their biggest pain point with SaaS providers chosen to repatriate.

Migration is a big issue for both repatriates and non-re-patriates, so IDC advises providers to focus on ways to ease the transition from traditional applications to SaaS.

For businesses, it, of course, makes sense to look for platforms that support their needs and hand-hold them if necessary to help them move to the SaaS platform.

To be honest, a lengthy trial period is quite a good way for businesses to check out different platforms and understand which one they’re most comfortable with.

Data privacy and security are huge concerns for every organization, but especially those using or planning on implementing SaaS and cloud-enabled applications.

IDC believes that there’s a correlation between companies who completely distrust their SaaS providers and have data loss or breaches.

Those who repatriated applications are also much more likely to have data loss or breaches (26 percent) compared to those who haven’t (9 percent).

There’s no doubt that security should be a priority investment area for SaaS providers looking to differentiate themselves from the competition.

For businesses, it makes sense to ask questions about this and ensure that the SaaS provider has concrete plans to defend data on the platform as well as inform the business of any breaches as soon as they know (to help comply with GDPR and other data privacy laws).

# 5 | Unpredictable cost due to consumption pricing

While not as high a concern as high costs and price increases, instability in pricing due to consumption pricing is still a red flag for many SaaS buyers.

To stay competitive, providers that use consumption pricing will need to focus on delivering attributes that buyers value. For consumption experience, buyers most value ease of integration and user experience over everything else.

While this is not the case with all SaaS providers, business leaders must do their due diligence sufficiently well when they plan on investing their time and other resources to move.