Perhaps every writer could benefit from a robotic editorial assistant. 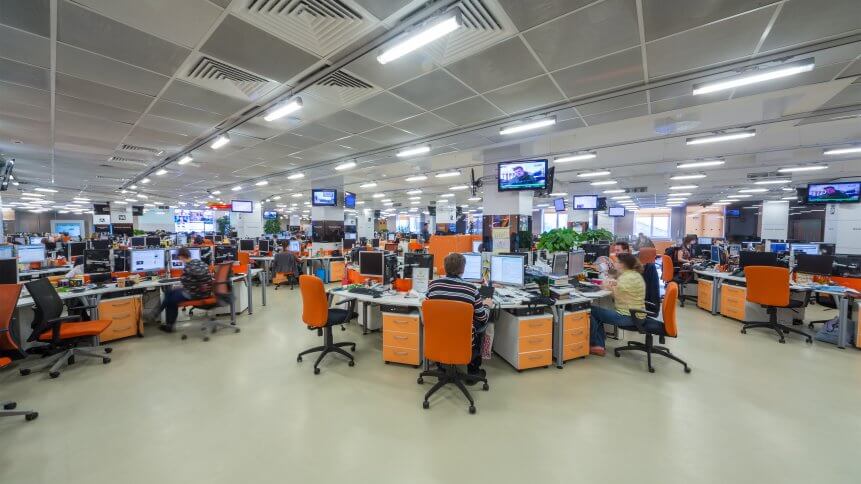 An increasingly common feature in the news room? Source: Shutterstock

Last year, Chinese tech giant Alibaba developed an AI tool it said could write 20,000 lines of copy per second. This year, OpenAI developed a text generator trained on a data set of eight million web pages that could adapt to the tone and style of a single line of text, creating a full article— even a poem. 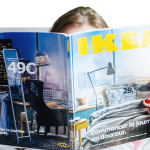 Developments in AI and Natural Language Processing (NLP) that enable programs to autonomously pen their own epithets can put the fear in some of us in the business of the written word. We can understand how AI can lift the burden from tasks like data entry, but when the machines start doing our creative work, it feels like the consecrated ground is being trespassed.

The reality is, though, that while AI is coming for all our industries, far from displacing us, it could actually augment the roles of writers. And in fact, it already is.

AI in the newsroom

Organizations are employing AI software to enhance their approach to publishing. Associated Press has used AI to produce formulaic corporate earnings reports, allowing the firm to publish more than 4,000 reports per quarter, against the 300 its writing staff could manage previously.

The same approach is used for sports reporting, such as high-school football– where a high volume of games are being played over the same period, and the formula for coverage won’t necessarily deviate greatly between each. Washington Post uses a homegrown AI tool called Heliograf, developed in 2016, which was used to publish 300 short reports on the Rio Olympics— it’s since used this to cover other sports and political events.

The UK’s “RADAR” (Reporters for Data and Robots) is funded by Google’s Digital News Initiative, and can interpret government statistical reports into local articles based on templates created by human journalists. The company claims to “help any organization scale up its output of high quality, verifiable content”.

Like leaders in other sectors, competitive members of the media industry aren’t shying away from advancements in AI, they’re banking on the technology to make work more efficient. Reporters, for example, could be made available to focus on higher-value work, such as building contact bases, pursuing interviews, attending events or carrying out investigative work.

In the case of the Associated Press, the media firm said using AI writing and research technology had freed up 20 percent of reporters’ time, while reducing error rates in the copy, even as the number of published articles has increased more than ten-fold”.

As the technology develops further, AI could be used to identify trends from data sets, uncover obscured information from reports, and even update stories in real-time. Ultimately, AI will prove itself to be an invaluable newsroom assistant driving a new era of journalism, rather than vanquishing those in it. 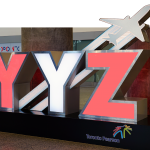 Toronto Pearson Airport is turning to AI to improve CX

In the case of Alibaba’s AI tool, application was born out of necessity. Created by its marketing arm Alimama, the program was built to reduce the arduous work of producing copy for its retailers’ product listings. It works by scraping millions of existing writing samples from across the company’s e-commerce platforms.

Alimama said the tools had passed the Turing Test— the ability to mimic a human without detection— and was already being used millions of times a day by its retailers as a ‘Smart Copy’ tool.

On announcing the it, Alimama said the tool could “significantly” change the way copywriters work. Rather than writing one line at a time, copywriters would be able to choose or adapt machine-generated options, improving efficiency and uncovering new approaches that wouldn’t have been considered previously.

“AI systems will never be able to replace human creativity – but can enable people to focus their major energies towards richly-creative work, and the machines can take over the repetitive, low-value work involved in writing,” said the group’s General Manager, Christina Lu.

Air Canada has used AI technology for copywriting in its email marketing. The airline said open rates had increased 48 percent, thanks to taking the guesswork out of copywriting by using data to ascertain the copy that’s likely to drive action.

Speaking to AdWeek, AKQA AI Practice Lead, Kathryn Webb, said AI shouldn’t be viewed as a threat but a member of the creative team, providing a wider viewpoint, that could take on the more dull side of copywriting.

“I think it actually frees up copywriters to tackle more difficult copywriting tasks,” said Webb, adding that it could see the unique abilities of human copywriting— irony, the ability to react to unexpected events— become a “premium product”.

Of course, while responsible and ethical news organizations, marketing agencies, or otherwise, will use AI writing and research tools to augment their work– training it off controlled, unbiased data sets– in the wrong hands, or if left to its own devices, the technology could facilitate the dissemination of misinformation at a massive scale, pedallng existing biases found in the pages it crawls across the web.

OpenAI– which claims to focus on AI development for the betterment of human-kind– scaled back the launch of its AI ‘text generator’ GPT-2 over fears that it could be abused for the publishing of fake news or spam.