The UK is falling short of G7 rivals for automation technologies— its economy could suffer as a result. 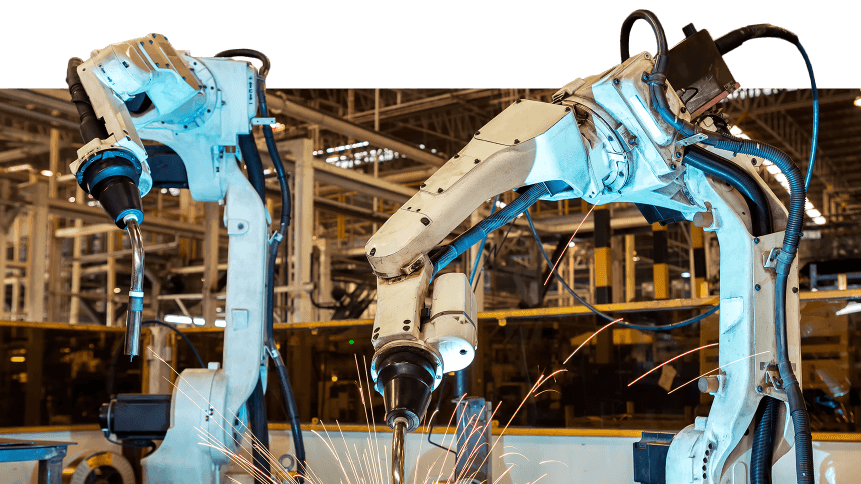 As workers around the world worry about the impact of automation on their jobs, the UK government warns that its industry could suffer from a dearth. Automation technologies will undoubtedly change the world of business and job roles within them— from manufacturing to finance— but while human displacement is a concern, lack of progress towards automation could prove to be an economic setback against more technologically-advanced rivals overseas.

The caution came from within the Parliament’s Automation and the future of work report, stating that the UK is falling behind with automation with consequences not just for businesses, but employees themselves.

“The problem for the UK labor market and our economy is not that we have too many robots in the workplace, but that we have too few,” MPs said. With 85 robots per 10,000 workers in 2017, the UK is the only G7 nation to have fewer than average.

In contrast, Asian countries are top adopters; leader Korea has a remarkable 710 robots per 10,000, according to a report by the Information Technology & Innovation Foundation (ITIF), which said robotics presented “important technologies to help reverse the productivity slowdown.” UK MPs recommended measures for the government to speed up its adoption, including outlines for tax incentives to encourage investment.

At the same time, it urged businesses and employees to ensure opportunities as a result of new technology don’t just fall to those with the “‘right’ degrees and skillsets.” Enterprises must make provisions for learning and re-skilling, to ensure minimal displacement as a result of increased technological investment in the face of the ‘fourth industrial revolution’, it said.

“If managed well, the transition to a more automated British workplace should make businesses more productive, improve the supply of high-quality jobs and support working people to have more leisure time,” read the report.

“If the transition is managed badly, entire groups and regions could be left behind [and] British businesses could find themselves uncompetitive.”

Earlier this year, the UK government committed £1 billion to develop its artificial intelligence sector, claiming it will help ensure people have the skills to navigate the challenges of automation. Part of that will comprise a National Retraining Scheme.

The announcement came alongside research by Oxford Analytics predicting that up to 20 million jobs in manufacturing alone could be replaced by robots by 2030. The same report predicted that those whose jobs are sidelined by industrial robots and computers will find that comparable roles in the services sector are also at risk.

The scheme will be first trialed in Liverpool, according to Education Secretary Damian Hinds, who said previously that, while AI and automation are transforming work and bringing “huge benefits” to the economy, the technology will inevitably make some jobs “a thing of the past”.

The risks of automation

Speaking to TechHQ, Alex Guillen, technology strategist at Insight UK, said: “There’s no doubt that we need to speed up the adoption of automation in the UK.

“However, organizations cannot ignore the risks and have to implement them with care.

“The simple truth is that automation can only work when operating in conjunction with human employees. This means that, just as with any other part of the workforce, automation needs a business culture that will provide management, training, and support.

“You wouldn’t expect a newly hired employee to work effectively without education and supervision, and the same is true of automation.

“Whether operating in a factory or a customer services department, robots need clearly defined expectations, parameters of operations, standardized and refined processes, and competent supervision. Without this, they will quickly become a ‘problem employee’ instead of a benefit to the business.”

Interestingly, the ITIF said that while many robotics leaders such as Japan have laid out national goals to support the adoption of new technologies, slow adoption in the UK and other countries in Europe could be a result of a cultural impact.

“[…] many of these [leading] nations have distinctly positive views of robots; while many of the societies that are lagging in their relative rates of robot adoption appear to have significant portions of their populations, or at least significant shares of their elites, who view robots as unsafe job killers.”