It makes a loss and isn't a technology-focused company, so why is the tech community fired up by WeWork's IPO? 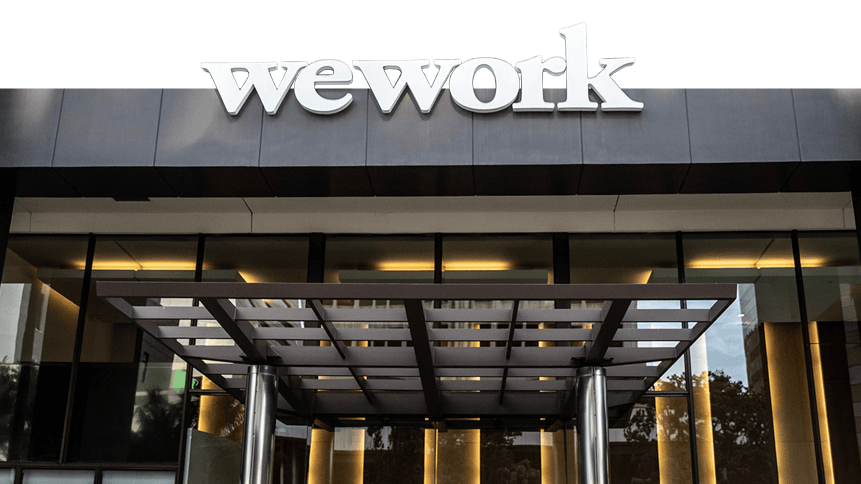 Shared working space WeWork’s upcoming IPO has revealed several issues, one being the fact that it appears to be making a loss of around US$5,200 per year, per WeWork ‘member’— which is a tenant of a property or part of the property.

WeWork has a business model that comprises the acquisition of spaces suitable for offices, renovating them and then renting them out to startups, freelancers and smaller companies at rates that are often lower than the going market rate. That practice goes some way to explaining its losses.

Of course, companies approaching an IPO do not necessarily have to be making a profit or even breaking even. Uber, the ride-hailing giant, lost US$6.5 billion in operations in the first half of 2019, while Netflix— another big, publicly-floated company— continues to lose money, despite huge revenues from its growing subscriber base.

What differentiates WeWork (or rather, its parent company, the We Company) is that while it is often mentioned in the same breath as successful technology outfits, the juxtaposition of WeWork with eBay, Amazon, Lyft and the like is entirely artificial and anomalous.

In fact, it would not be going too far to state that WeWork’s positioning alongside its tech-based “peers” has been carefully constructed by the company’s marketing and advertising functions. Why?

WeWork’s business model is simply that of a traditional landlord. It buys or leases premises, then lets them. Unlike tech companies, it invests relatively little in R&D (what is there to research?), its investments in property and equipment are in bricks-and-mortar, refurbishment and building infrastructure (not server farms and the like), and its direct costs accounted for 84 percent of total revenue last year.

The company does, naturally enough, help connect its tenants to the internet and offers services like phone lines. But cutting edge, in technology terms, it most certainly isn’t.

Why then, in the company’s IPO documents, for example, is the word “technology” deployed some eight dozen times? The answer is in the fact that big technology companies do garner much more investor interest, and therefore raise much more money from public offerings, than “plain old” real estate businesses.

Moreover, investors always hope their faith in a fairly new, yet often-unprofitable, disruptive business may come up trumps: perhaps this one is the next Amazon or eBay in the making?

The patina of potential profit brings a certain level of long-termism, too, on the investor’s part — the money men are willing to wait for their pay-off, as long as the pay-off is astronomic.

Quite possibly WeWork 2.0 WOULD be a tech company. Don’t own/lease anything but operate space for others. Leverage all the available & future tech to help companies get want they really want, 👇 This IS a huge opportunity. pic.twitter.com/6iCvGshfLB

An article published recently in Business Insider (hosted behind JavaScript “protection”) breaks down the WeWork IPO figures in some detail, but one set of numbers regarding the tech vs. non-tech aspects of the We Company positively leaps out: WeWork currently owns US$32 million of software (about the same amount as last year) among its US$4.4 billion property and equipment portfolio. That’s 0.007 percent of the company’s worth in software.

Perhaps then, it’s a disruptive hardware company? It does invest a great deal into what the IPO documents term “equipment”. But before anyone starts thinking that equipment might mean exciting 14″ rack-mounted boxes with flashing LEDs, 81 percent of the kit owned by the We Company comprises, as it turns out, office fittings, desks, chairs, kitchen equipment, air-con units, and the like.

The term “technology research” does appear in that list, but it’s difficult to imagine, given what we know, that it figures massively over its fellow abstract nouns.

The dot com boom-and-bust of the 1980s was epitomized by tech companies that didn’t really have a product that was tangible: nebulous claims abounded around investment vehicles that never amounted to much. WeWork’s IPO shows a disruptive attitude to marketing, but no real technological content. Its “members” pay rent or don’t — same as it’s always been since time began.