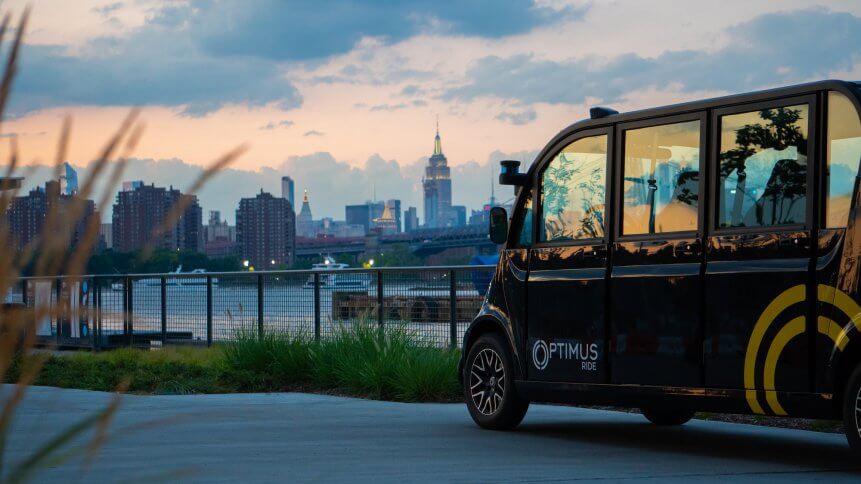 While some of the biggest car-makers like Dalmier , BMW  and Ford continue to fine-tune their self-driving vehicle technology, one startup is already demonstrating how autonomous vehicles could revolutionize transport in practice.

Operating a limited but free service to begin with, the “first-of-its-kind” commercial autonomous driving system will see six shuttles transport passengers between the NYC Ferry stop and the bustling industrial park. It’s a route that thousands of passengers take each day.

“[…] our system will provide access to and experience with autonomy for thousands of people, helping to increase acceptance and confidence of this new technology, which helps move the overall industry forward.

“We’re thrilled to work with the Brooklyn Navy Yard Development Corporation to make history in the city and the state.”

Indeed, one of the less-discussed ‘roadblocks’ in autonomous vehicle development is public attitudes towards the technology. In the UK and US, for example, just 28 percent and 32 percent of the public respectively support full autonomy for driverless vehicles.

Opinions don’t differ much when it comes to partially-autonomous vehicles either. The main concern is just how safe these vehicles are on our busy streets.

Of course, safety is the number one concern of any manufacturer in the self-driving space, given that any misstep would be massively damaging to their venture and the emerging industry itself, but a lack of mainstream knowledge about how the technology works isn’t helping.

On private land exempt from public road rules and regulations, controlled demonstrations of the technology such as that of Optimus Ride’s could help to steer wider public acceptance.

David Ehrenberg, the president and CEO of the Brooklyn Navy Yard Development Corporation said the Yard’s mission was “to serve as a hub of urban innovation and we are constantly looking for new ways to improve the experiences of our tenants and visitors.

“We are excited to bring the future of transportation to New York with Optimus Ride, and provide the 10,000 employees across the Yard and the Brooklyn community with greater access to convenient mobility,” he added.

The 25mph shuttles will be overseen by operators on board, with Optimus Ride planning to eventually monitor and control its service from its offices in Boston.