Why your brand should consider live streaming

It's cheap, it's easy to do and you don't need production professionals to get started. 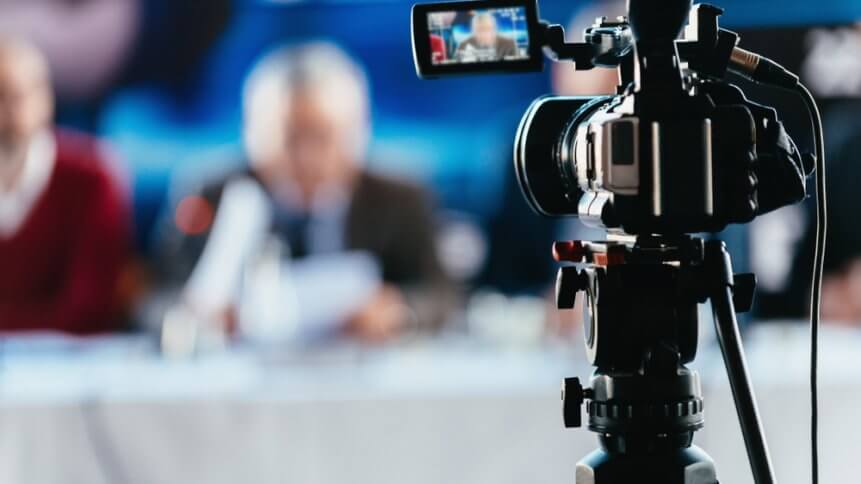 A format worth exploring? Source: Shutterstock

Remember when live streams were only possible on TV? Hefty production costs that shunned all but the biggest brands away.

But when Facebook and Instagram launched their own live streaming products, the new feature took off quickly. That’s because videos, especially live ones, can draw much more attention compared to texts and pictures.

Engaging and unpredictable visual content– paired with the opportunities users get to chat in real-time with the personalities in the video– saw usage boom in the world of social media.

With a predicted 82 percent of all internet traffic coming from video by 2022, live video remains an attractive marketing option for businesses. With these videos hosted on social media platforms after the video has ended, brands can continue to leverage engagement to attract new viewers.

What are live video streams?

Introduced just several years ago– and constantly being updated– live videos allow users to broadcast a live stream to their audience using smartphone cameras– it doesn’t require any additional settings or streaming equipment as it is streamed live on certain social media platforms.

The medium can help cut through to an unengaged audience– 8 out of ten people would prefer to watch a video than read a blog or social media post to stay updated, according to Switcher Studio. Those stats get worse when the content is branded.

Results can go viral; Red Bull’s Strato Jump campaign, for example, garnered 8 million simultaneous live streams in one day. Buzzfeed reached over 807,000 views on its video that only showed two men trying to burst a watermelon with rubber bands.

With the ability to reach more people in a short time, many businesses are using live videos to further increase their followers on their social media pages.

As Red Bull has shown, albeit on a grand scale, live video can be a boon to showcasing events. Two out of three people who watch events on a live stream say they would purchase tickets for the same event.

Putting viewers in the “digital front row” makes them feel empowered and important, so if a brand sells a product this way, there’s a very high chance for it to be recognized.

What would you need to stream?

There are several platforms you can choose to bring your brand message out such as Facebook, Youtube, Instagram and others and it’s always best to focus on the platform that your customers are mostly active on.

Picking the right type of content that resonates with your customers will help increase your live video’s shareability too. Almost any kind of content can be created– from Q&A sessions to build a community, to crowdsourcing to get opinions on new products.

You’ll just need to find the right approach for your brand, service and products.

It’s also recommended to team up with influencers as they could help you reach an even wider audience. Their expertise in gaining massive following could be helpful if you’re looking to push your brand and its values to the next level.

Creating a live stream is no longer a task solely for TV stations since social media started taking over. Moreover, with TV viewership gradually dropping as time goes by, it’s time for brands to start creating better brand value online – and a Live video campaign will be a good way to start.