France has announced a digital services tax of three-percent on tech giants operating in its boundaries– the US isn’t happy about it. 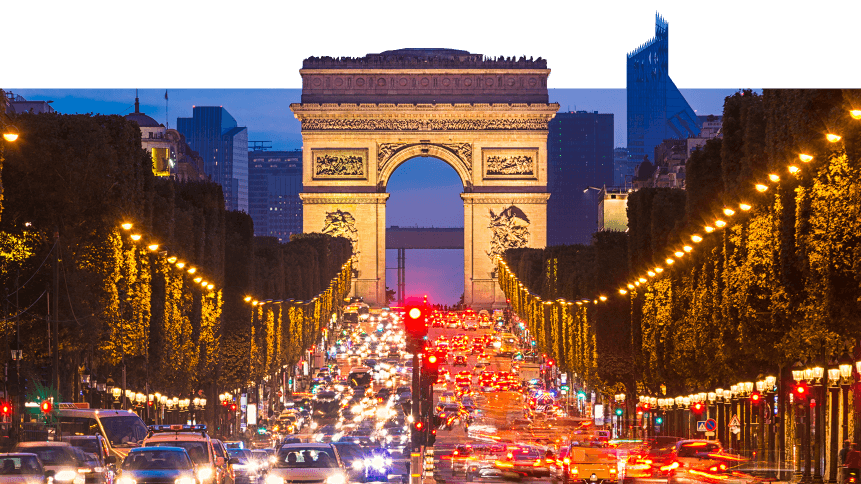 Will other countries follow suit with France’s Digital Services Tax?

Last week, French tax authorities proposed a 3 percent tax on tech giants operating in the country. The tax was tabled to the parliament on Thursday and received favorable votes from French lawmakers.

The White House openly condemned the tax as it is assumed that the tax targets US-based companies and could result in unfair trade practices– despite the warnings, President Emmanuel Macron will likely sign the bill within two weeks time.

President Donald Trump has called for an investigation under Section 301 of the 1974 Trade Act– the same act that underpins the US trade war with China.

Knowing Trump’s history with the Asian industrial giant, some are concerned that similar consequences might follow with France if it does not back down on the tax.

What is the Digital Services Tax?

For years now, the European Union (EU) is in the view that tech giants had a fairly good time doing business in European countries that offer low corporate tax rates.

Based on a report commissioned by the EU, these companies have been paying half the effective tax rates, compared to companies with traditional business models.

In the report, Valdis Dombrovskis, Vice-President for the Euro and Social Dialogue stated that, “We would prefer rules agreed at the global level, including at the Organization for Economic Co-operation and Development (OECD). But the amount of profits currently going untaxed is unacceptable. We need to urgently bring our tax rules into the 21st century by putting in place a new, comprehensive and future-proof solution.”

Taxing these tech giants wasn’t an easy task for the EU. Based on the same report, digital companies have little physical presence at one place, thus creating uncertainties on which entity to tax because these companies are generating value in many different places.

France decided to take the first step by introducing The Digital Services tax – levied on all foreign tech companies that have entities operating within French boundaries, leaving them no room for escape.

France is not the only country that’s going to impose this tax– Austria, Italy, Poland, Spain, Czech Republic and the UK have noted that they would too impose such taxes too in order to close the tax gap for these digital companies.

US firms being targeted?

While the French government had made clear that all foreign companies that operate in their boundaries will be taxed– including those from Asia and other parts of the world, Trump’s administration believes that US firms are the ones being targeted.

The basis of this assumption is because companies like Google, Amazon and Facebook are the biggest foreign tech entities present in France.

“The United States is very concerned that the digital services tax which is expected to pass the French senate tomorrow unfairly targets American companies,” said U.S Trade Representative Robert Lighthinzer in a press statement on Wednesday.

And it’s not surprising that these tech giants are echoing the same view too. Applauding the move by the U.S government to probe the tax, Amazon said in a statement; “We applaud the Trump Administration for taking decisive action against France and for signalling to all of America’s trading partners that the US government will not acquiesce to tax and trade policies that discriminate against American businesses”

Lighthingzer’s statement on Wednesday also confirmed that his office has kicked off the “301 investigation” (that allowed the US to place tariffs on China). Once completed, it will allow the President to retaliate by placing trade tariffs on France.

Bruno Le Maire, the Minister of Economy and Finance for France said that this is the first time that the US has ever opened a 301 investigation against their own ally, “I deeply believe that between allies we can and must resolve our differences in ways other than with threats,” he said in a speech to the senate.

While Trump’s move received applause from American businesses, some agreed to the French lawmaker and called Trump’s administration to find other democratic ways to address the matter.

“We support the US government’s efforts to investigate these complex trade issues but urge it to pursue the 301 investigation in a spirit of international cooperation and without using tariffs as a remedy,” said Jennifer McCloskey, vice president of policy at the Information Technology Industry Council.

Right now, the UK has also announced a similar tax plan of two-percent on foreign digital entities operating within the UK. Noting that France and UK are just two of the many European countries looking to do the same, Mr Trump’s administration should indeed find a better resolution apart from imposing tariffs.

After all, the tax is only imposed temporarily until the U.S could reach an agreement with the EU for a fair digital taxation system at the OECD.

“My message to our American partners is that (the tax) should encourage them to accelerate even more the work on an international digital tax solution at the OECD level,” said Le Maire on Thursday.