Isn’t it time for a forex shake-up? We look at disruptive fintech 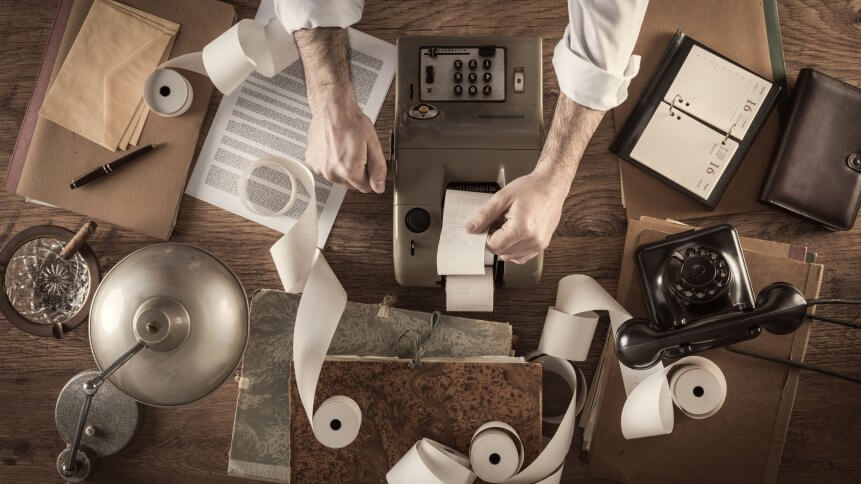 Disruptive technologies have changed several markets with consequences that are changing society. A singular example is the cutely named “gig economy,” which is mostly powered by mobile app-based activity for its participants. Deliveries of parcels, food & drink, passengers often now begin with a tapped smartphone screen, then actioned by information sent to the same app held by the person tasked with the work.

There are several areas of daily commerce, however, that remain fastidiously unchanged, or at most, that are changing albeit slowly (some might say grudgingly). Finance, banking, insurance – these mainstays of the economy have reacted with typical conservatism to much of the raft of technological advancements that have altered other sectors. Partly, that’s down to the nature of the business: the movement of money determines the livelihoods of not only the individuals and businesses concerned, but also entire economies.

Perhaps we should be grateful for that recalcitrance: after all, the financial institutions are merely maintaining a protective role.

The flipside to that stance is that large finance houses of whatever color might be accused of using their conservative practices to commercial advantage. One such example is the continuing prevalence of delays in money transfers that stem in part from the historical need to physically move paper from A to B, handwrite ledgers, and update records. The technical intricacies of banks’ practices are opaque, naturally enough, but in an age of technology, where paper cheques don’t need to be verified (for example), adherence to “traditional” practices seems, at best, eccentric.

Some financial players are household names, in use every day, offering quick and straightforward convenience when we pay or receive money online: PayPal, Google Pay, Apple Pay, to mention three. Similarly ubiquitous, but less well-known are the payment portals like SagePay, Worldpay, Skrill and the like that tend to be the under-the-bonnet engines behind many exchanges.

There is a price, literally, to be paid for the convenience of the seeming immediacy of online payments and foreign currency movements. However, the price businesses and individuals pay is redolent of the types of fees we’d expect when banks had to pay frock-coated clerks wielding quill pens over outsized ledgers. It’s those fees and the perception of the reasons for delays in payments sent or received that give disruptive companies their foothold into the conservative, staid, and protective world of finance.

Across the EU (and some areas in Asia & America), deregulation of the banking & finance industries has led to several new products coming to market that are clearly using modern disruptive technologies and practices to exploit the gap in the market. New domestic banks are springing up that have the nerve to open brick-and-mortar premises at the weekend, and transfer funds to the other side of the world, if not at the speed that data packets pass through the ocean bed fiber cables, then within an hour or two, at most.

Naturally not every startup, even ones showered in investors’ money, are said to be faring well. But those choosing a niche or area of finance that seems especially truculent are certainly succeeding. One such area is indubitably foreign exchange.

Forex rates fluctuate as national or transnational economies thrive or contract, so banks (and institutions and individual speculators) have long since been able to buy “long,” offset costs, and virtually shop around for the best deals. That means any transaction’s exchange rate can vary, as can the charge for moving from one currency to the next. But in the internet age, the nature of commerce has changed to the extent that national borders have become mostly irrelevant. National currencies might too be one day unimportant, but until then, businesses, and footsore business travelers need to use foreign exchange mechanisms on a scale unprecedented only ten years ago.

The costs levied by traditional banks for these exchanges are redolent of the age when the need for transactions was much less; so to thrive in an online world, many are turning to new providers of foreign exchange mechanisms who are not hindered by the need to levy seemingly unjustifiable fees.

Here at TechHQ, we’re looking at three forex providers that are changing the way businesses and organizations can move money around the globe quickly, cheaply and without the types of fees that have been paid, up until now, for the convenience. The nature of technology is that, in addition, the following companies also offer further services and capabilities that exploit the digital nature of their activities.

As your business trades more with overseas clients and the global economy puts demands on your facilities that traditional banking houses can’t satisfy without imposing crippling costs and illogical strictures, we recommend you investigate their offerings.

EU-based CurrencyFair isn’t propping up brick and mortar shopfronts, nor does it pay thousands of staff to run the business, although it does provide 24/7 human-powered customer support. These savings are passed directly on to its customers.

The CurrencyFair peer-to-peer platform matches consumers and businesses looking to buy and sell currency at the best possible exchange rate, executing transactions without currencies ever leaving the senders’ countries. That means exchange rates that are up to eight times cheaper than a typical bank’s.

CurrencyFair has proven massively popular among the consumer market to date, but its offerings present an irresistible package for businesses too – especially ones that regularly transact abroad. In fact, thanks to the open APIs and business-focused customer services, companies processing thousands of forex transactions a week can easily save five-figure sums every month in bank charges alone.

A single transfer of US$10,000 into Euros, for example, would save around €250, as of the time of this article’s writing, with literally up-to-the-minute comparisons available from the company’s site. Add to this not having to wait days for funds to “clear,” and CurrencyFair’s customers may be on to a winner.

You can read more about CurrencyFair in a more detailed TechHQ article here.

With this powerful platform, organizations can send and receive funds from global customers and suppliers, and even invoice in local currencies, so the settlement and reconciliation process isn’t mired in confusion.

Whether you’re a small retailer selling as an Amazon reseller or operating a standalone e-commerce facility, WorldFirst has a tiered range of products; at least one will suit. There’s an option too, to settle a deal at an exchange rate now, and then settle funds in a few days. That lets WorldFirst customers better plan and predict their income and expenditure down to the second, an ability furthered by the transparent portal that gives insights onto all transactions.

The only charges accrued by users is when funds are transferred from WorldFirst accounts into “traditional” bank accounts, but the capabilities of the platform mean that most overseas dealings can easily be handled from inside the platform. This is a service designed for everyday use, and it’s structured towards that type of business model, rather than the occasional funds transfer. For most modern, internet-based organizations, that shouldn’t be a problem.

With billions transacted each year right across the globe, and localized support available 24/7, WorldFirst represents the vanguard of disruptive (yet UK FCC-regulated) fintech.

TransferWise flags up a banking practice that’s all-too-common, in that “free” international currency exchange may be just that in terms of extra charges levied, but the exchange rate offered is well above market rates (like the ones you’d see on Google’s search pages). That’s how the banks take their cut, and how the customers pay the price.

Naturally, as more transactions take place – and in an interconnected, fast-moving world economy that’s inevitable – so too the charges mount. TransferWise gets around this thorny issue by running its own accounts in hundreds of countries around the world. Customers wishing to send funds transfer them into the local TransferWise account, and the company then pays the intended recipient from an account local to the recipient.

That means that currency has not actually crossed borders, and so there’s complete transparency in the (small) charges levied, and the overall service is many times quicker than traditional banks’ outmoded versions.

TransferWise aims to be between six and eight times cheaper than their mainstream alternatives and is a prime example of a company that’s come up with a simple platform that disrupts what was a reasonably tightly sewn cabal of banking conglomerates.