Immense computing power on the cloud may not be far off, says IonQ COO. 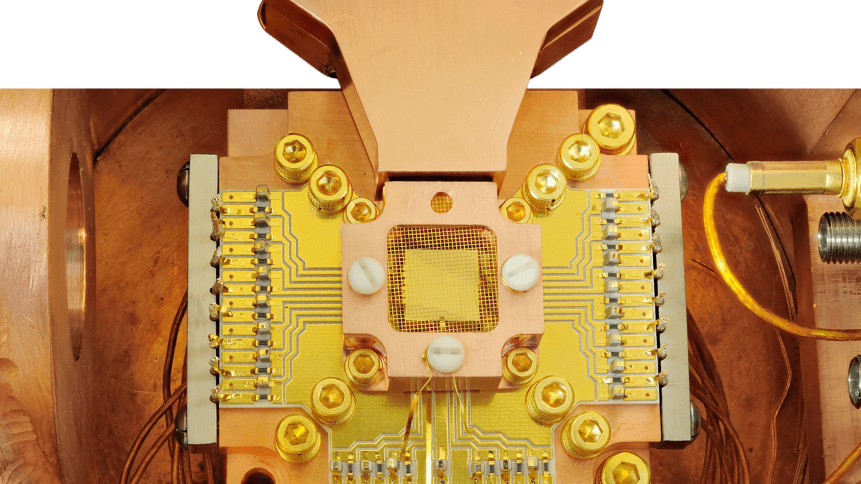 Look at the vast machines being developed by IBM and Google, and it’s hard to imagine that quantum computing will ever be available to companies beyond FTSE 500s with multi-million-dollar budgets.

But, while it’s unlikely your server room will feature a superconductor quantum computer within the next three years, a world where medium and large businesses may have access to infinitely more powerful machines may not be far off.

According to Allied Market Research, a demand for quantum computing could drive a market worth US$5.8 billion by 2025, representing a compound annual growth rate of more than 30 percent.

But for Stewart Allen, COO of quantum computing startup IonQ, that figure may be an underestimation.

“What I would say is that in the next 18 to 24 months, when someone hits upon a real problem that they’re solving with real results from QC, then that could open the floodgates that makes [that figure] look small.

“In the next 12 months, it will be select groups [with access to quantum computers],” Allen told TechHQ. “12 months out from that, it will be ‘broad brush’, with everyone rushing out to train themselves– [access] will be across all industries.”

Founded in 2015, IonQ has been built with “modest budgets”. But its technology– based on the use of ‘natural’ qubits– is attracting the interest of world-leading organizations.

Other ‘close’ rivals– or quantum computing companies of IonQ’s size– tend to use manufactured qubits made from silicon. IonQ is one of very few employing the method of ion trapping where qubits are made of natural particles such as atoms, electrons or protons.

“The trapped ion approach is something you don’t hear a ton about,” said Allen. “[…] we don’t really have a lot of competition in the natural qubit state.”]

There’s nothing to say IonQ’s quantum technology won’t be as powerful (or more so) than the superconducting technology developed by companies such as Google, IBM, BBN Technologies, Rigetti and Intel. The emerging quantum market– and its future leading players– is as difficult to predict as the technology’s future applications.

What is certain is that the continuing emergence of new firms will contribute greatly to affordable quantum computing power in the near future. Like the model penned by IonQ, this will likely be a market based around ‘renting out’ quantum-computing-as-a-service, not least because of the computers’ current size and complexity.

“I think in two or three years we’ll have businesses that are using quantum to solve real-world problems,” explained Allen; in the coming years, we can expect to see a trend of early adopters who want to have a “first-mover advantage”.

Indeed, forward-thinking outfits are already starting to train themselves on small-scale quantum systems, anticipating that we will double, or even triple, this computing power every 12 to 18 months.

While there will be price limitations in the early stages, Allen predicts these will quickly dissolve as exploration into quantum ‘spins up’– especially as the first commercial systems that go online demonstrate the advantage.

The massive computational power of quantum, coupled with immense speed, could also make it more viable to run than current systems; “[…] you’ll be able to do things in a matter of minutes, that would take six months to a year on an HPC system. Nobody is going to practically do that,” said Allen.

“I think that will be easily affordable, while running HPC systems for 6 to 9 months is enormously expensive. If you run it for a couple of minutes on a quantum system, even at a high price point per hour, it’s way less expensive in terms of processing and time to run it on a quantum system.”

For organizations and industries looking toward the immense power of quantum computing, however, preparation is difficult when it’s hard to comprehend or predict the technology’s abilities.

While we can safely say that quantum computers will be vastly better than classical computers today at solving certain problems in optimization– with applications in industries such as logistics, medical research and financial markets– we can’t yet model the algorithms that would be used.

“We can’t build those models until we have the computing in place– it’s a chicken and egg situation,” said Allen. “We know it’s within our reach but we can’t predict what it’s going to be.

“It’s an event horizon, we don’t know what it looks like until we travel there.”

Update: A previous version of this article stated that IonQ’s quantum computing technology would not be as “powerful” as that developed by the likes of Google and IBM, and that IonQ’s products would be “more affordable”. Given the current state of development in quantum computing, these statements cannot be proven to be accurate.