There’s a headline you wouldn’t have seen five years ago. 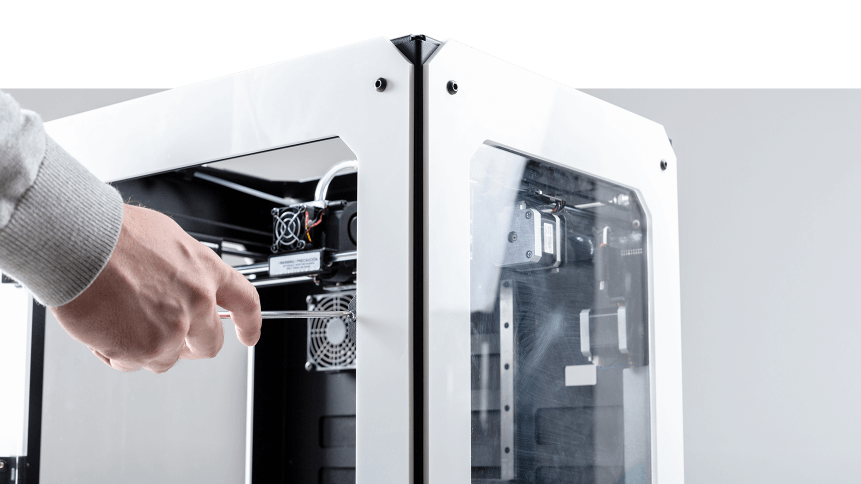 3D printers are as vulnerable as any other connected component. Source: Shutterstock

Nowadays, wherever there is an opportunity for technology to boost efficiency or lower costs in businesses, there is a new cybersecurity threat to even out the benefits. 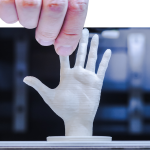 That’s especially true in the coming age of ‘Industry 4.0’, where the introduction of new, connected IT alongside legacy equipment can bring its own set of unforeseen vulnerabilities.

Forecast to be worth US$21 billion by 2021, 3D printing is becoming a key component in next-gen manufacturing. Today, brands as large and diverse as Boeing and Heineken are using the process of additive manufacturing to create bespoke parts overnight.

Across all sectors, multinationals and SMEs alike are realizing applications in rapid prototyping, custom tooling and even production itself— with bottom-line benefits in efficiency and costs, all available at an increasingly accessible starting price.

Of course, 3D printers aren’t magic. Whether outsourced or in-house, they require a detailed plan created by skilled designers and engineers. And with end products potentially serving as crucial components in airplanes, cars or production lines, the need for integrity can’t be overstated.

Designs for entire parts are stored as single computer files on IT systems, so, like any other connected entity, manufacturers using 3D printing are vulnerable to compromise. The risk is that designs could be accessed remotely and edited, changing the structure of parts before they are printed en mass.

Meanwhile, a 3D printing device connected to the internet itself could be hacked. In both cases, entire batches of components could be sabotaged without the manufacturer’s knowledge.

Are 3D printers a security risk?

Speaking to The Chemical Engineer, cybersecurity experts and materials engineers at New York’s Tandon School of Engineering said malicious action could take two forms. One is that a hacker could insert defects into the body of an object, the other is that they could adjust the orientation of the printer nozzles.

“These are possible foci for attacks that could have a devastating impact on users of the end product, and economic impact in the form of recalls and lawsuits,” explained professor Nikhil Gupta.

According to the researchers, even sub-millimeter defects between layers of a printed object could be undetectable by industry quality control techniques, such as ultrasonic imaging. Small adjustments such as these could make the part more susceptible to ware from conditions such as heat, light, and humidity. Changing the nozzle orientation, meanwhile, could make the product up to 25 percent weaker.

As machines become connected with IoT (Internet of Things) technology, hackers are met with multiple points to enter a system, writes Sam Duncan, Research Analyst at HFS Research, in a blog post.

With additive manufacturing becoming an increasingly integral part of manufacturing processes, the consequences of a breach could be dire.

“It’s no stretch of the imagination to consider the impact in the automotive industry if brakes stop functioning correctly or for an airplane manufacturer if an engine fails mid-flight,” Duncan comments. 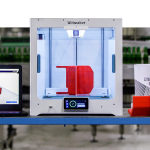 But one security solution may lie with blockchain technology— and its ability to track provenance, in particular.

“Because blockchain records every transaction on its decentralized network, it cannot be tampered with or deleted, meaning manufacturers could use it to track every time anybody accesses one of their product files,” Duncan explains.

“This means if a file was tampered with, it would contain a record of who altered the file, exactly what they changed, and when they did so, allowing the manufacturer to rectify any unauthorized adjustments.”

Depiction of a sample of 550 blockchain engagements across 15 service providers. Source: HFS Research

General Electric is one such manufacturer that has realized the potential of this solution in 3D printing, Duncan notes. The firm has filed a patent application that would allow them to use blockchain technology to validate and verify 3D printed objects on its supply chain.

The lack of verification and validation systems here is “one of the most glaring issues found with industrial manufacturing,” says GE. As far back as 2016, however, Cubichain Technologies released an application that uses secure blockchain networks to store encrypted data of 3D printable parts.

Blockchain could also address the connected hardware issue of the printers themselves. Every interaction with the machine could be logged, including where it originated from, as well as allowing the manufacturers to trace particular parts that had already been printed.

Ultimately, as enterprises continue to undergo digital transformation, adopting new technologies and methods along the way, cybersecurity— and the most effective solutions case-by-case— should be the first consideration. In the case of 3D printing, blockchain might be just that.