Google Cloud services suffered an outage in the Eastern US yesterday (June 2), affecting a large chunk of the cloud giant’s solutions and, in turn, a number of big-name companies. 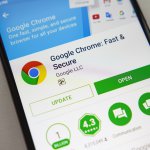 It’s now resolved the issue that took place over the course of four hours on Sunday following “network congestion”. Google warned of high congestion levels in the morning prior and has not yet given further details regarding the cause of the outage. It did, however, discredit rumors that it had been hit by a cyberattack.

Efforts to resolve the issue were made harder by the outage affecting its internal messaging tools according to a Google developer on Hacker News.

“We’re having what appears to be a serious networking outage. It’s disrupting everything, including unfortunately the tooling we usually use to communicate across the company about outages,” they commented.

“There are backup plans, of course, but I wanted to at least come here to say: you’re not crazy, nothing is lost […], but there is serious packet loss at the least.”

The outage saw at least 16 of Google’s products out of action for the period— including the entire G-Suite, Gmail, Google Docs, Google Drive, Google Cloud, and YouTube.

Affected companies reportedly included Vimeo, Shopify, and Discord. Google Cloud-powered Snapchat received more than 48,000 outage-related complaints, according to Reuters, while neither firms have confirmed the link.

Is Google Anthos a multi-cloud gamechanger?

Following the outage, the company said it would conduct an internal investigation and make appropriate improvements to its systems to “help prevent or minimize future recurrence.”

Occurring on a Sunday, the effect of the outage was likely a lot less disruptive than it would have been on a busy weekday.

However, it highlights just how reliant on Google’s range of services organizations now are, and how damaging the impact of them going down could be as companies increasingly move operations to cloud services.