It won't happen overnight, but turn your back on the rise of automation and your business could be left high and dry. 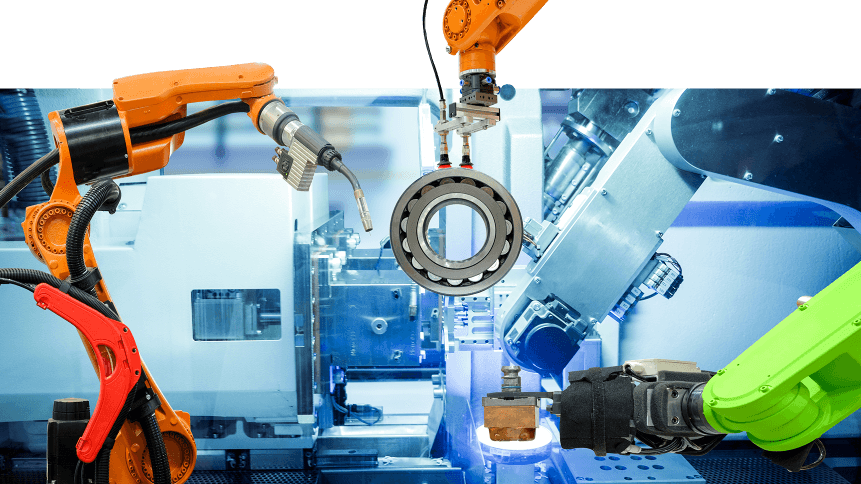 The definition of ‘automation’ is a broad one. Source: Shutterstock

Look at the regular headlines in business tech media, and it seems automation across every aspect of your enterprise is a case of adapt or die— say goodbye to half your staff whose jobs are spiraling towards a black hole of machine-induced redundancy.

The reality will be (slightly) less dramatic. But at the same time, the widespread automation of processes is inevitable— it’s already happening, in fact— and continuing to sit still could leave businesses stranded when automation across industries changes up a gear.

There won’t be red-eyed robots marching factory workers on to the street. But for ‘traditional’ businesses that have not acted on, or even considered the impact of automation, the technology’s rise could be jarring, as disruptors— ‘natives’ to new technology— enter the cross-industry fray.

That’s not to say it’s straightforward, though, former CMO of global automation solutions at CA Technologies and Sirius Decisions’ advisory board member, Chris Boorman, says adopting this potentially complex infrastructure and mixed-computing systems can often be a Catch 22.

“Disruptors are coming to market in a massively automated fashion, causing traditional businesses to have to change fast,” Boorman told TechHQ.

“Most public companies are beholden to their shareholders and are therefore struggling to free-up the necessary resources— both financial and human— to drive change fast.

“In many respects, I believe the only way to do this is through automation. By automating every business process, businesses can free up resources to focus on new strategically important initiatives.”

The technologies in question

Automation technology is a broad umbrella term, of course. Its manifestation and rate of adoption varies greatly depending on which industry and use case is in the discussion.

In e-commerce fulfillment, ABI Research predicts the development of four million commercial robots across 50,000 warehouses by 2025. Robotics vendors will emerge, such as Fetch, Geek+ and Invia, increasingly supplying ‘infrastructure-light’ machines capable of picking and placing of products, among a wealth of other tasks.

Of course, in the automobile sector, automation and robotics have been a crucial component now for decades. The first industrial robot Unimate was created in 1954, with a later iteration— the first mass-produced robot of its kind— deployed in the General Motors die-casting plant in New Jersey in 1961.

In the white collar world, Robotic Process Automation (RPA) software is a fast-growing sector catering to the automation of laborious, manual admin tasks. In ‘process-heavy’ financial services, for example, automation is being used to replace human-centric processes as well as improving compliance and audit.

For ‘data-heavy’ industries like pharmaceuticals, on the other hand, automation will leverage machine learning to decide where and how to execute programs.

Meanwhile, ‘AIOps’ is emerging in IT and systems management, the term referring to how IT operations are being automated and enhanced with analytics and machine learning. But the technology is evolving rapidly.

The analogy Boorman draws is one of a parallel with the self-driving car: “[…] in olden days you’d get under the hood and tinker and optimize,” says Boorman. “Next came (effectively) black-box engines that alerted you when something went wrong.

“Quite soon, self-driving cars that obey human voices and understand where they can drive and how fast they should drive will become the norm.”

The same will apply to IT: “We used to worry about building infrastructure onto which we deployed applications and then attempted to keep them running at high performance.

“In the future applications will be self-aware; they will know what they need and deploy where required – without any human interaction. These will truly be black-box business processes that deploy in the public cloud, or behind your secure firewalls according to your business SLAs [Service Level Agreements].”

Away from the ‘traditional’, large incumbents mentioned earlier, auditing how automation technology could benefit your business isn’t necessarily a complex process. For smaller SMEs, it may yet even be as pressing.

Smaller enterprises are more likely to deploy everything in the cloud and, as such, there will be limited on-premise technology that requires automation.

“If they have an IT department at all, that will be for keeping an eye on where everything is and how people work with relevant systems. Staff members won’t code automation— things like onboarding will be fully automated, and everyone will have virtual assistants,” says Boorman.

“However, in larger enterprises, things will be different. Here they will need to embrace automation everywhere— or they will be left behind and go out of business.”

Determining the level of process automation that could put businesses at an advantage, however, is a multi-step process that requires “culture, skills and determination.”

“From a cultural perspective, you must embrace automation and learn about how automation can help,” Boorman says.

“Secondly, look at all your business processes and prioritize the top manual processes within your business— and then automate them.” That could include your approach to employee or customer onboarding, financial close, big data analytics, or supply-chain processes.

“Lastly, […] create an automation center-of-excellence within your company and adopt an ‘automation-first’ approach to ensure that everything you do going forward is always automated.”