IT specialists are in companies’ crosshairs, as salaries and job ads see a joint rise.

A jobseekers’ market in the IT world. Source: Unsplash

As businesses double down on boosting their teams’ digital muscle, tech salaries have grown for the third year in a row, and IT polymaths are in most demand. 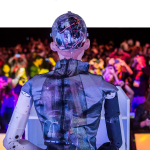 Based on an analysis of more than 10 million job listings across sectors from 2015, Reed Technology said that the 1.7 percent salary hike in 2018 gives tech one of the highest growth rates across sectors.

However, roles in PHP (6.9 percent), Java (6 percent) and data science (5.9 percent) drew some of the biggest raises, when it comes to which skills could pay off in particular.

The increased pay for those roles demonstrates a growing demand for digital specialists, as more and more companies continue to grow and scale their digital presence.

But those advertised wage hikes are compounded by a 10 percent increase in the number of overall tech roles up for grabs across sectors in 2018, following continued growth of 12.2 percent and 12 percent in 2017 and 2016 respectively. 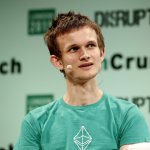 It’s worth bearing in mind, however, that the best candidates for those specialist roles won’t always be those that are most tech savvy.

The results follow the Reed Technology State of Skills research which found that data scientists— one of the fastest-growing roles— require an aptitude for ‘education and training’, alongside deductive reasoning and complex problem-solving.

This is likely due to the need to explain and inform others about the insight that data reveals, and while other specialists should also be prepared to articulate their value to employers.

If a salary is what’s driving an IT professional, however, a career in blockchain might be the way to go. A recent study by Janco Associates found that mean salaries for distributed ledger tech specialists sat at US$100K.

More senior roles command much higher salaries, though, putting blockchain-related skill sets at the higher end of the IT salary bracket.