IT pros could get a $4K salary hike this year

ERP and blockchain specialists are some of those most in demand, as 89,000 more IT jobs could be created in 2019. 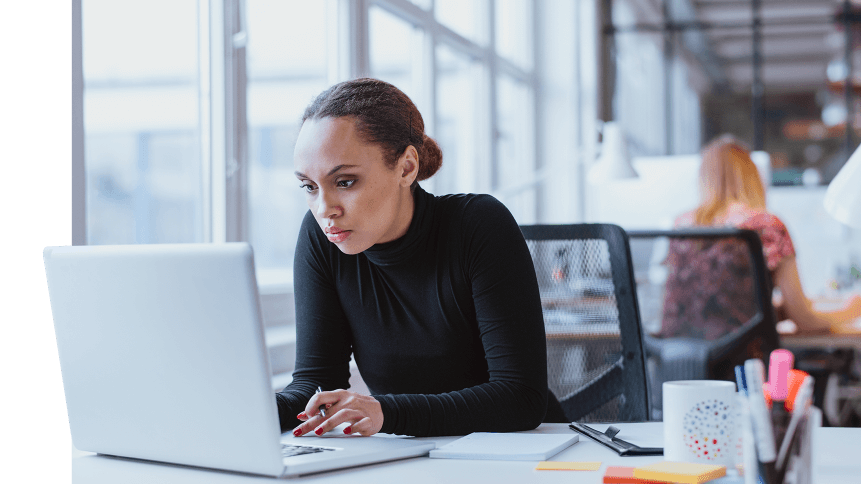 A shortage of skilled IT professionals in the US could push wages up to a median compensation of at least US$97,000— a US$4,000 hike on last year. 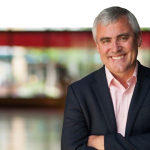 According to a report by management consulting firm Janco Associates, many IT roles are going unfilled as the supply of qualified IT pros falls “well short” of the number of openings. This, in turn, is seeing CIOs and HR departments start to adjust up starting salaries.

Research was based on revised BLS (Bureau of Labor Statistics) Data on the IT job market, which revealed a 42 percent annual hike on IT job openings last year, amounting to 45,900 new jobs created. Janco forecasts an additional 89,000 to be created in 2019. 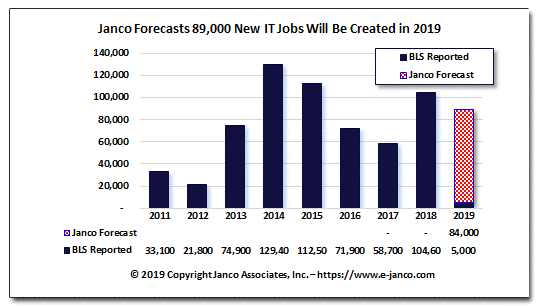 According to M. Victor Janulaitis, Janco Associates’ CEO, some of the roles in most high demand include qualified ERP (enterprise resource planning) professionals and blockchain application specialists, as businesses look for “seamless information flow” as an operational objective.

“With this skills shortage, many projects are missing key early benchmark dates.” Janulaitis said, but added that “programmers and business analysts of all stripes are also in high demand.”

For hiring managers, the situation isn’t made any easier by a volatile and uncertain IT jobs market. The BLS continues to adjust prior months employment data— with the number of estimated job openings often fluctuating by the tens of thousands.

“That has resulted in our having to depend on our monthly discussions with CIOs and recruiters to arrive at our forecast for future IT job market growth,” said Janulaitis, adding that “political turmoil” and lack of progress on trade talks with China and the EU adds a level of risk on the direction of the economy.

“However, even with all those factors in play there still is positive IT job market growth”, states Janulaitis. “CIOs are still planning on expanding the size of their organizations.”

Most of that hiring will happen at staff levels and, according to Janco, most of it will be done by June or July this year, and while demand for consultants and contract employees will remain above average, there is a strong tendency to move towards in-house staff.

Right now, the median salary for all IT pros based on the latest data is US$93,077, still more than US$2,500 higher than the same time last year, however, forecasts predict that this figure will reach US$97,000 by the end of 2019.

“IT and HR recruiting managers are optimistic,” said Janulaitis. “They are focusing on additions to the IT staff as they seek to fill in missing skill sets. However, the recent stock market moves (both down and up) and the lack of a consistent picture of what is going to happen on the international front causes concern.”

A report earlier in the year by recruitment site Indeed uncovered a shortage of data scientists in particular, with a 29 percent year-on-year increase in demand for the role unmet by an increased volume of sufficiently skilled candidates, which has grown by just 14 percent in the same timeframe.

The rise in demand for data scientists is believed to be symptomatic of the increased adoption of AI (artificial intelligence), which requires experts with experience in handling and drawing insights from raw data, including using programming, visualization, and statistical modeling.