The corporate version of the social network is looking to target smaller businesses. 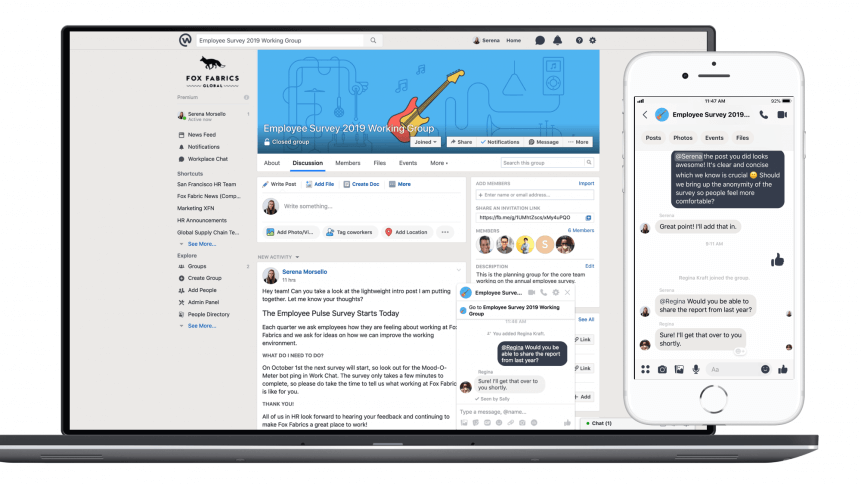 An example of Workplace in action. Source: Workplace

Slack, Podio, Trello, Flock, Asana— as companies have become increasingly digital and geographically disparate, collaboration tools like these have become the backbone of many businesses. 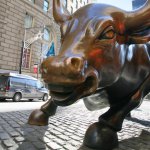 A relatively new kid on the block, Workplace is the corporate version of Facebook’s consumer social network, and it’s benefited greatly from that. Business users have automatic familiarity with the platform and its functionality— live streaming, polls, scheduling events, even deploying chatbots— while, much like Facebook can connect to an endless range of apps, Workplace too can tie in with a suite of commonly-used business programs.

Success has been swift for Workplace; it’s gathered two million paid users in just two years, and 150 companies have rolled the platform out to more than 10,000 users. Some— including Telefonica, Nestle, Starbucks, and Walmart— have deployed it to more than 100,000.

Speaking to ComputerWorld, CSS Insight’s principal analyst, Angela Ashenden, said: “Facebook’s latest adoption stats for Workplace show the incredible momentum that the company has had with the product over the last couple of years.

“When it entered the market, there were questions around the timing, as its main competitors in the enterprise social networking space – Jive Software and IBM – were clearly struggling to remain relevant in the face of new, more agile entrants to the collaboration space like Slack,” Ashenden said.

Workplace has shown great promise so far— Slack now boasts a total 10 million daily users in comparison (although it’s difficult to compare metrics between paid and unpaid subscribers)— and for an early level of maturity, it’s certainly doing well.

In the same report, the company’s vice president Julien Codorniou said Workplace can thank its initial success to targeting large corporations from the get-go— as well as benefiting from viral adoption among employees thanks to its ease of use. But, as the business continues to grow, it’s now looking at an opportunity to target a breed of smaller businesses.

In doing so, and with the aim of growing its “economy”, Workplace wants to expand its reach by working with more reseller and consultancy partners. However, a platform suited best to large, global organizations may face challenges when it comes to effective rollout to SMEs. “It’s likely to have more difficulty positioning itself to smaller businesses because the corporate communication and HR functions that tend to sponsor social collaboration initiatives are often less mature, meaning that there isn’t an obvious entry point for the sales process.”

Codorniou says that some of the ways it can overcome this include strengthening its mobile presence, continuing a ‘freemium’ model to attract new customers, build out its SME case studies and success stories— as well as increasing the number of third-party integrations with popular business apps.

“Targeting SMBs will entail a different level of challenges, including distribution and support, but Facebook has a leg up on its competitors, given that it’s become a household name and the company has gained significant experience in terms of how individuals socialize and communicate,” said Codorniou.

“I think they could do very well with a self-service model targeting small businesses; this is a model that has worked well for other SaaS collaboration vendors.”