Amazon goes after a business audience for Alexa as it makes tailored ‘skills’ codeless. 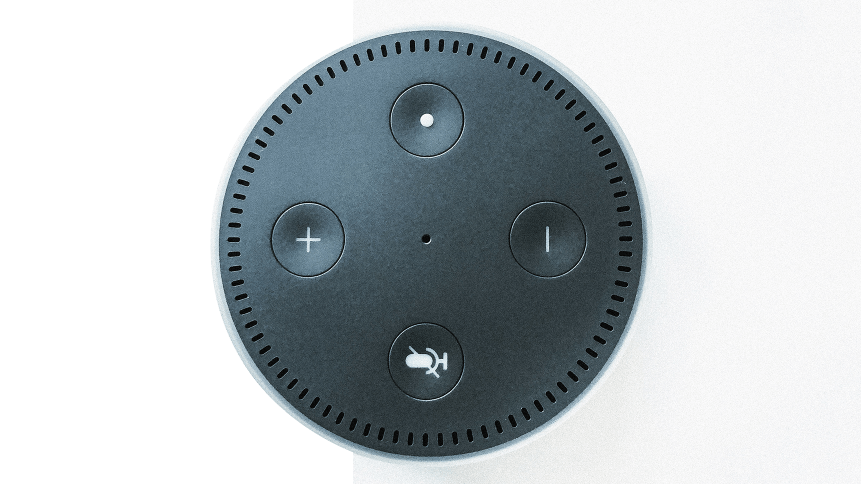 Whether that’s actually happening, or employees are just asking Alexa to beatbox, is up for debate.

However, now businesses can access one of a library of blueprints to create their own voice-activated commands, sans code, which will only be accessible to an organization’s employees and won’t be available on devices outside the company.

The ability to create skills had previously been available to Alexa for Business customers but, according to Amazon product marketing manager, Ben Grossman, that had been a time-consuming and complex process, often taking “several months” to design and deploy within a business.

Amazon says users of its Business Q&A blueprint could help answer common questions, such as “What are the hours for IT?” or “Who’s in charge of social media?”, as well as flash briefings, letting businesses share quick bulletins via regular uploaded audio files, accessed via a command such as “Alexa, what’s new?”.

Amazon describes these possibilities as an “innovative and engaging part of your corporate communications”. Other Blueprints include an Onboard Guide for new-starter FAQs (‘How do I submit an expense report?’), countdowns to important dates, and the general sharing of private content— such as presentations, for example.

“Using a link provided by the company’s Alexa for Business administrator, anyone, whether an executive assistant, salesperson, line of business owner, or IT admin, can use any available Skill Blueprint on the Alexa Skill Blueprints website to create, test, and then publish a private skill to their organization,” said Grossman.

Of course, bringing Alexa into the workplace means privacy must be central, and Amazon says IT admins will be able to review and enable every skill’s content for company users and managed devices.

According to Amazon, Alexa for Business Blueprints has already been adopted by St Louis and Emerson University, the latter of which claims to be making class-specific quizzes as a new channel for students to learn course materials.

The launch of blueprints demonstrates Amazon is pretty keen on getting its voice technology adopted by an enterprise audience and puts it in direct competition with business-focused alternatives, such as Microsoft’s Cortana.

Paid on a subscription of per-device basis, it could serve the company a pretty lucrative source of income, particularly as its voice recognition tech and AI advances, voice commands, in general, become the norm, and businesses face pressure to become more ‘smart’ with their office space.

It also follows communications equipment firm Plantronics integrating Amazon Chime and Alexa for Business into its Trio conference phone, while announcing some of its headsets would feature Alexa built in.

It’s worth businesses remembering, however, that while it may be secure overall, Alexa can still subject to certain foibles.

One user commenting on an article regarding the announcement of blueprints, said: “Someone I worked with brought an Alexa speaker into the office. He didn’t grasp that by design it always sends data to the server, and is ‘always listening’.

“I always unplugged the thing during meetings, since it’s not unheard of for Alexa to misunderstand conversation as orders and to send emails or messages unintentionally.”