3D printing is “destined” to find purpose in the workplace— a trajectory comparable to VR and AR. 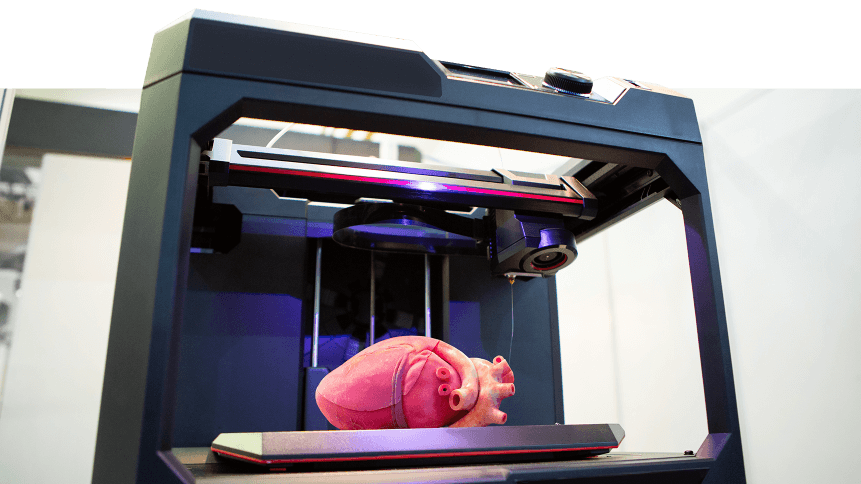 The potential offered by 3D printing has always captured the tech enthusiast’s imagination.

There is something deific about being able to make almost anything out of otherwise nondescript ‘additive’— a house, even a firearm— with the right blueprint and a few clicks of a mouse. While up until now, much our perception around the manufacturing method has been that it’s largely experimental or for use in prototyping, a new report by the Dutch-based online manufacturing company 3D Hubs suggests it is evolving into a viable method of manufacturing.

The 3D-Printing Trends 2019 report comprises results from a survey of 400 businesses, as well as 3D Hubs’ own order database, and found the manufacturing method is still largely being driven in the automotive and aerospace industries, in order to increase efficiency in the building process.

According to the report, three-quarters of major carmakers in the US and Germany use the process for printing end-use parts.

The report defines the process of digital printing as a digital CAD (computer-aided design) model being turned into a “physical three-dimensional object by joining material (usually) one layer at a time”.

It’s fundamentally different from traditional methods— such as subtractive (CNC machining) or formative (injection molding) manufacturing technologies; no special tooling is required, instead, fabricating the part directly onto the build platform layer-by-layer from a digital file.

While much of its use still remains in prototyping— where it allows for rapid design iterations, lowered costs and effective design communication— its use in actual manufacturing is giving early adopters the benefits of fewer design restrictions, on-demand production, mass customization, and distributed manufacturing.

“Today, prototyping and small-scale production with 3D printing is standard practice for many engineers and designers in different disciplines,” reads the report, explaining that there’s an enormous increase in efficiency by being able to talk over objects instead of drawings.

“After years of experimentation, industrial users are only now making their first steps towards full-scale production with Additive Manufacturing.” In Europe, however, the combined might of SMEs makes them the biggest users of 3D printing. These smaller firms prefer to use off-site 3D printing services rather than investing in the hardware itself, with that trend led by the UK, ahead of Germany, Netherlands, and France.

“Businesses that outsource prototypes and production parts may be looking to localize this process,” said Filemon Schoffer, Co-Founder at 3D Hubs. “Rather than hiring elusive digital talent, however, this is achieved far more efficiently online— helping businesses to control manufacturing overheads and accelerate their R&D.”

Over 60 percent of the 3D printing demand across Europe comes from engineers working in the development of industrial, electrical, and medical goods, with prototyping, custom tool manufacturing for the factory floor, and spare parts production, the three primary applications of the emerging technologies.

It’s perhaps little surprise that tech-focused SMEs with their ears open to such technologies are most likely to utilize 3D printing, but the report notes that lack of awareness remains a barrier to its broader adoption.

“In light of today’s research, there’s no doubt that 2019 will be the most exciting year for 3D printing on record,” said Schoffer, adding that, much like the trajectory of virtual and augmented reality technology, 3D printing is “destined” to find real uses in the workplace, rather than at home with consumers.

“Globally, engineers want to receive the same result every time they press print,” said Schoffer. “Ensuring repeatable results has been the holy grail of industrial 3D printing for many years now.”