A recent report concludes that VR could reimagine travel and boost profits for airlines.

Not a day goes by without a mention of VR (virtual reality) and AR (augmented reality) technologies and how they can reimagine how we do business, or even train our staff. 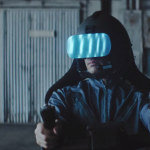 According to Frost & Sullivan’s latest analysis, the airline industry could now also be ready to invest in next-generation in-flight entertainment (IFE) systems that have VR technology as a core component.

In fact, the analysts placed the technology as one of the critical success factors for the industry.

To those outside the industry, upgrading to VR-powered in-flight entertainment systems might seem like significant capital expenditure, but the reality is, it’s much cheaper than upgrading the existing seatback IFE systems.

Since most seatback IFE systems are as old as the fleet itself, they’re due for an upgrade anyway — which makes this the perfect time to move to a VR-driven IFE ecosystem.

To be fair, VR-driven IFE systems aren’t just beneficial to passenger airlines. The technology benefits other stakeholders in the IFE ecosystem too — such as content creators and advertisers. Here are some of the advantages it offers:

VR-powered in-flight entertainment is enjoyable for any kind of passenger, but it’s can make the most significant impact on the economy passenger because it allows them to enjoy the technology in any position and/or angle.

Further, an immersive-VR experience is known to have helped many users forget where they are and transport them into an entirely new world. Test subjects on flights have reported similar improvements in experience.

Finally, it’s important to highlight that VR-powered IFE systems not only make it possible to enjoy 3D, 180, and 360-degree content but also regular 1080-pixel videos.

While this makes it as dynamic as it is unique, it takes nothing away from the standard IFE system’ offering or the passenger experience, in any way.

# 2 | Cost-effective and easy to implement

However, all of those problems can be overcome when using a VR-powered IFE.

Compared to a seatback IFE, VR systems are much lighter. On a fully-equipped Boeing 777, a seatback IFE system can weigh as much as 4,500 lbs. On the other hand, a VR system for the entire flight can be as light as 150lbs.

Further, whether leasing or buying, VR systems are usually much cheaper than seatback IFEs, and quite easy to implement.

Finally, since VR systems are more digitally forward, they’re much easier to update — not only ensuring passengers get a great experience every time but also ensuring that cybersecurity issues are kept at bay.

# 3 | Additional source of revenues from passengers

It is no secret that the airline industry is constantly battling wafer-thin margins.

Given the intense competition and pricing strategies adopted by both low-cost and premium airlines, leaders are under pressure to find new ways to bolster revenues.

In-flight entertainment systems, especially when powered by VR, are a way to do that. In Europe, a study found that a majority of customers are not only keen to enjoy VR-led IFE but are also keen on renting headsets for up to EUR 10 (US$11.3).

Further, VR-powered IFE could also be supported by advertisers who pay more for the privilege of being integrated into the organization’s VR-ecosystem

VR provides smarter advertising opportunities because the technology allows for advertising content to be blended into the overall experience.

In the traditional web/digital experience, users are quite immune to adverting.

Often, surveys that try to find out if users pay attention to banner ads and text ads on search, websites, and social platforms, find that users have learned to silence those ads — with or without pop-up blockers.

In the VR ecosystem, that’s not the case. Since the experience is quite new, users are more receptive to ads, and ads can be quite effective if blended into the experience (and even the content).

How this helps content creators aside from helping them to do more with their creativity is that it allows them to build smarter content solutions and use more dynamic visualizations to engage with the audience.

Further, it also opens up new avenues for content creators to advertise — especially allowing them to embed advertisements within the content itself — camouflaging it to make it less intrusive while also helping it make a big impact on the user.

A particular brand of soda in the hands of actors in a 3D film will do a better job in terms of brand recall for the company than a 5-second video advert at the start or in the middle of the content, boosting ROIs significantly.

A version of this article originally appeared on TechWire Asia.