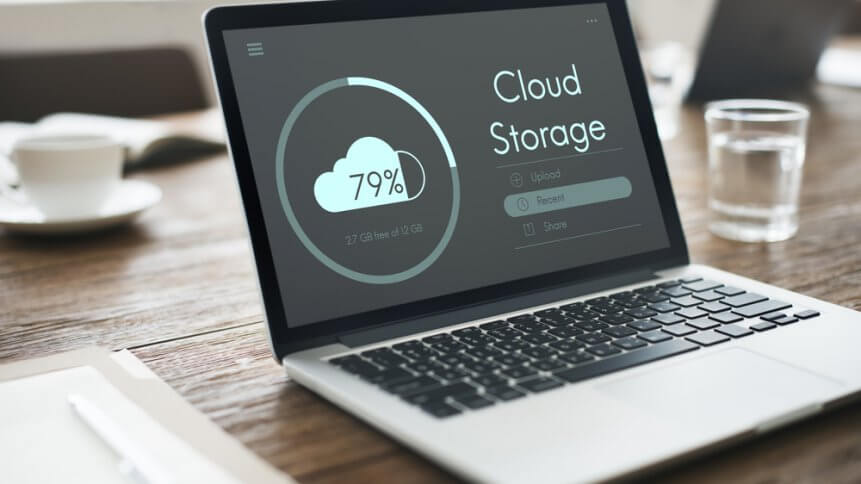 Today’s businesses are pretty much reliant on digital. Sure, there are some organisations that for one reason or another eschew digital in favour of handwritten ledgers and paper invoices. But those are few and far between – and are often in niche markets, like the antiques trade or boutique banking.

Therefore, for the rest of us, digital means business, and as a result, we all tend to accrue a lot of data – text files, PDFs, images, video clips, email archives, shared files; the list is endless, and ever-growing.

Once a business hits a certain size, there’s an imperative to back up data, duplicating important information either onto a different medium (like tape, or removable drives), or somewhere offsite.

Plus, with a massive increase in data compliance strictures such as GDPR, companies of any size now may have to provide histories of who accessed what, and when. Legacy local storage may not be legally viable, therefore, even in the near term.

Many companies turn to the big storage providers: the household names being primarily Dropbox and Box. These cloud storage providers offer additional services too, albeit at a price. File sharing via link-sharing, privilege-based access, encryption, discrete folders for sensitive documents, and so on.

But the household names might not necessarily be the best choices for your business. One of the household names in storage, LaCie (of hard disk fame) launched an offsite file-sharing service (like Box), called Wuala. It was quite successful, before eventually shutting down with little notice to its hundreds of thousands of users.

That’s not to say that Box or Dropbox is destined for failure (although Dropbox is yet to turn a profit). But before jumping straight onto the bandwagon, it may be a good idea to consider some of the alternatives.

Here at Tech HQ, we’ve looked at three alternatives to Dropbox which we believe should be considered once your business reaches the stage when a centralized file-sharing facility is necessary.

The legislative requirements have been touched upon, but when companies need to start thinking about exchanging files with suppliers or partners or giving staff the opportunity to work remotely: that’s when the off-site provision becomes a highly-important choice.

Gartner calls Dropbox “the best-known provider of cloud file storage and sharing, with the largest user base for consumer services,” (our italics), and Box seems to be trying to relaunch itself as some kind of online project management platform – whether that’s dilution of offering or desperation in the face of competition is unclear.

Before we launch into the three Box alternatives we’d like you to consider, let’s look at three aspects of all cloud-based storage providers you might want to think about:

Depending on the size of your business, your concern may be merely the bang-for-your-buck you’ll get from each provider.

While most cloud storage/file sharing providers offer some kind of free personal plan, businesses should consider parting with some hard-won cash. After all, if you were to think like businesses from the 1990s and earlier, running out to buy a stack of hard drives to push backups onto would cost money. So too should you be prepared to spend on cloud storage today.

One of the providers below (pCloud) offers the option of a one-off, lifetime fee, for data storage in perpetuity. ROI payback comes within around three years when compared to other providers’ models (and pCloud offers a “traditional” pay-as-you-use plan, too, if you prefer).

Every provider that we could find on the market uses some type of encryption of files as they move between your computers, phones, and tablets. But not all use server encryption at rest – that means, the provider could read your files if it were so minded.

While unlikely, it also means that hackers (or anyone accessing your cloud storage unlawfully) would get access in the case of a security breach.

Some providers also do not keep a record of your security credentials, too, like log-in and password details. While unlikely, there’s also the possibility that these can be accessed by bad actors, if the storage provider holds them.

What may be of concern for some is any local file stored being ‘in-the-clear’ or unencrypted. Some cloud providers only encode data en route, but some retain an end-to-end encryption model – this gives the highest level of security.

As data governance becomes increasingly strict, some companies need to be very mindful of where exactly their files are stored. Depending on the territories in which your organisation works, you may wish to source file store providers who are in the same region.

Although using a provider on the other side of the world will make little difference concerning access times and data throughput rates (bottlenecks in these metrics are rarely caused by distance), being in the same legislative area can be significant.

Similarly, you may wish to source a provider which distributes their data (and by proxy, your data) across multiple data centers. This means that if there’s an event like a power outage that’s outside of your control, access to your data remains.

The three suppliers we’ve considered have been chosen because they each have unique capabilities and different provisions. Each would, we feel, be safely entrusted with the new currency that powers business – digital information.

The Swiss pCloud has achieved something remarkable – it turned a profit in 2016, just two years after its formulation. That’s a testament to the quality of service it has been providing initially across Europe for the last four years (Holland and Germany, primarily), but now the company is expanding rapidly, with an aggressive investment plan in new data centers and research.

The company’s offering is unique in several ways. Firstly, it offers lifetime plans for a one-off fee – currently 500GB for around $205 and 2TB for $410.

For the security-minded, there’s end-to-end encryption of users’ data – this is available as an add-on (for just a few dollars a month) for the subscription-based plans on offer. The company has run competitions in the past to let all comers attempt to crack its encryption – for generous bounties. No-one successfully managed to crack the provider’s vaults.

The company also distributes its data centers across multiple sites and that, plus the use of different encryption keys for on-client cryptographic scrambling, means the company’s retention of a growing market share is unsurprising. 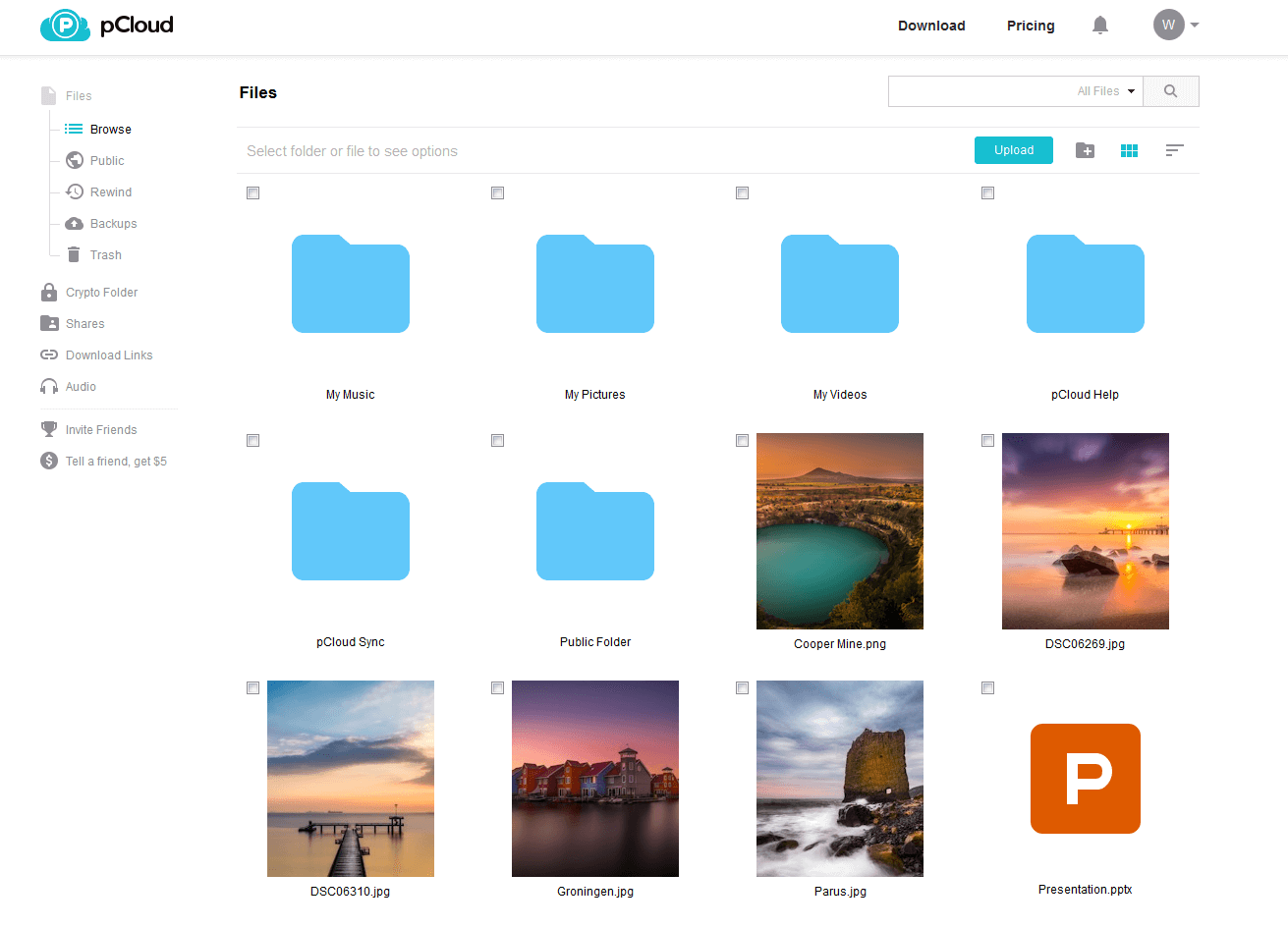 To read more about pCloud in detail, click here.

Another European outfit— this time, hailing from Hungary— Tresorit offers small businesses an encrypted file store of 1TB or $30 a month.

Like its competitors, the desktop environment for users reflects a typical file & folder structure: updating files on the desktop or mobile pushes or pulls data from the cloud as required.

For larger businesses (up to ten users), the $100 per month fee adds granular access control, or, if you already control access via Active Directory, integration with an existing schema.

Tresorit’s data centers are all based in the EU, so GDPR and HIPAA (various healthcare-specific data compliance requirements) adherence have been thought about and baked into the platform.

Companies still using Windows Phone or Blackberry devices may turn to Tresorit – it’s one of the few file sharing platforms that still supports those phones. There are Mac, Linux, Windows, Android, and iOS clients too. 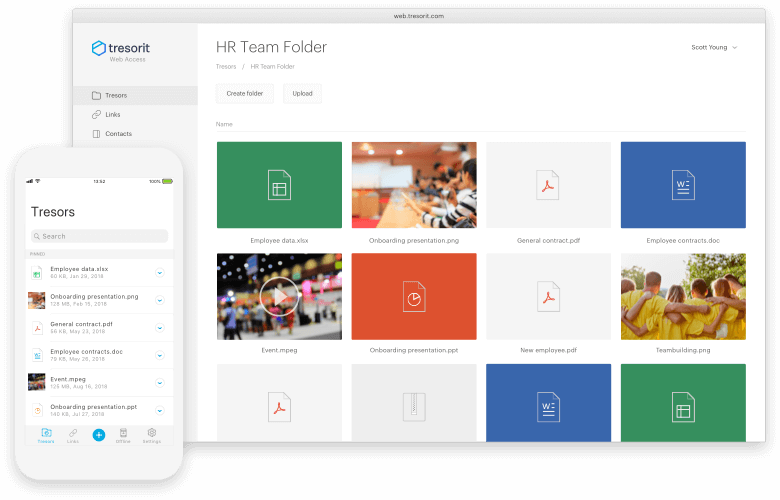 For your in-house techies, there’s a CLI (command line interface) client for Linux, and, thankfully, Tresorit’s platform doesn’t retain the DOS-style legacy insistence on no ‘special’ characters in file names: you can start filenames with spaces or punctuation with no annoying ‘failure to sync’ notices.

Germany’s ownCloud is an interesting product in that it’s a mix between the pure open-source offerings available for businesses to build their own cloud-based file-sharing service (think Seafile and LinShare) and the purely commercial off-premises approach of its immediate competitors.

ownCloud can be deployed on a company’s own servers to build an in-house, private cloud, or clients can use ownCloud’s own, Germany-based servers.

There’s also the option to provide ownCloud-powered solutions as an OEM or white label product if your company needs to offer file share capabilities as a service to customers or partners. You can even provide users with a branded iOS or Android app to download and use.

If your company wants to develop its private cloud, that can either be on existing hardware, or hardware held by other companies like AWS, Google Cloud and so on.

Prices for self-driven hosting start at $3,000 for up to 50 users, per year, with enterprise subscription plans to start at $9,000 pa. The more expensive plan comes with faster support times and a host of different features in a package, most of which can be purchased as add-ons from a proprietary marketplace. Add-ons extend the product’s capabilities – from different security levels & methods to browser plug-ins.

The ownCloud service is offered readymade as a cloud service, ownCloud.online, where plans start at around $15 per user, per month, with up to 1TB of total storage.