Old-time IT Managers often reminisce about the good old days, when the enterprise’s desktop was screwed down tightly. No applications that weren’t ordained could be installed (these were the days of local installations) and access to external services was often tightly controlled too. Woe betide anyone trying to bring files or apps in from outside – the security measures on each endpoint prevented any stepping off the approved path.

Today, the business IT picture is very different. Whether it was the consumerization of IT thanks to Apple and its imitators, or the BYOD movement, today’s enterprises have maybe a thousand or more apps in daily use. Every department, division, branch office, and even working group will be accessing cloud apps or services that are hosted locally.

Indeed, there’s a breed of software for enterprises to audit their networks, to discover just what’s running, and where. Sometimes, organizations find they are spending five-figure sums annually on licenses for software that’s not been used for years!

This new IT landscape is profoundly empowering in many ways. Teams and departments are simply “getting the job done” with the best tools available, saving money by using systems covering simple storage, data processing and basic automation of tasks.

However, on a broader footing, companies are struggling to manage their data, because of duplication, silo-ing of information, and problems integrating and interfacing the many different systems in daily use.

It now falls to the IT department to attempt to ensure that the enterprise’s data is the same throughout all functions. But that’s impossible to achieve for several reasons, not least:

Therefore, the IT department can only link system to system on a field by field basis and hope that each entity in the organization uses the connected systems appropriately.

But this point-to-point mapping of an app to all other apps is a highly complex and never-ending task. Every new app put to use needs its fields and objects mapping to every other app. And it’s only the IT department with an infinite budget that can know every system’s API, plus its foibles and specific interface requirements.

Some IPaaS suppliers (integration platform as a service) suppliers still talk about connectors between apps and let businesses join each app’s individual fields with every other’s. This creates a hairball of multiple single-to-many connections, the care and maintenance of which becomes an endless task as of itself.

In today’s enterprise integration systems market, suppliers are taking a variety of approaches to solving these problems (and others not even touched upon here – API updates and legacy interfaces that prefer XML or SOAP for instance). 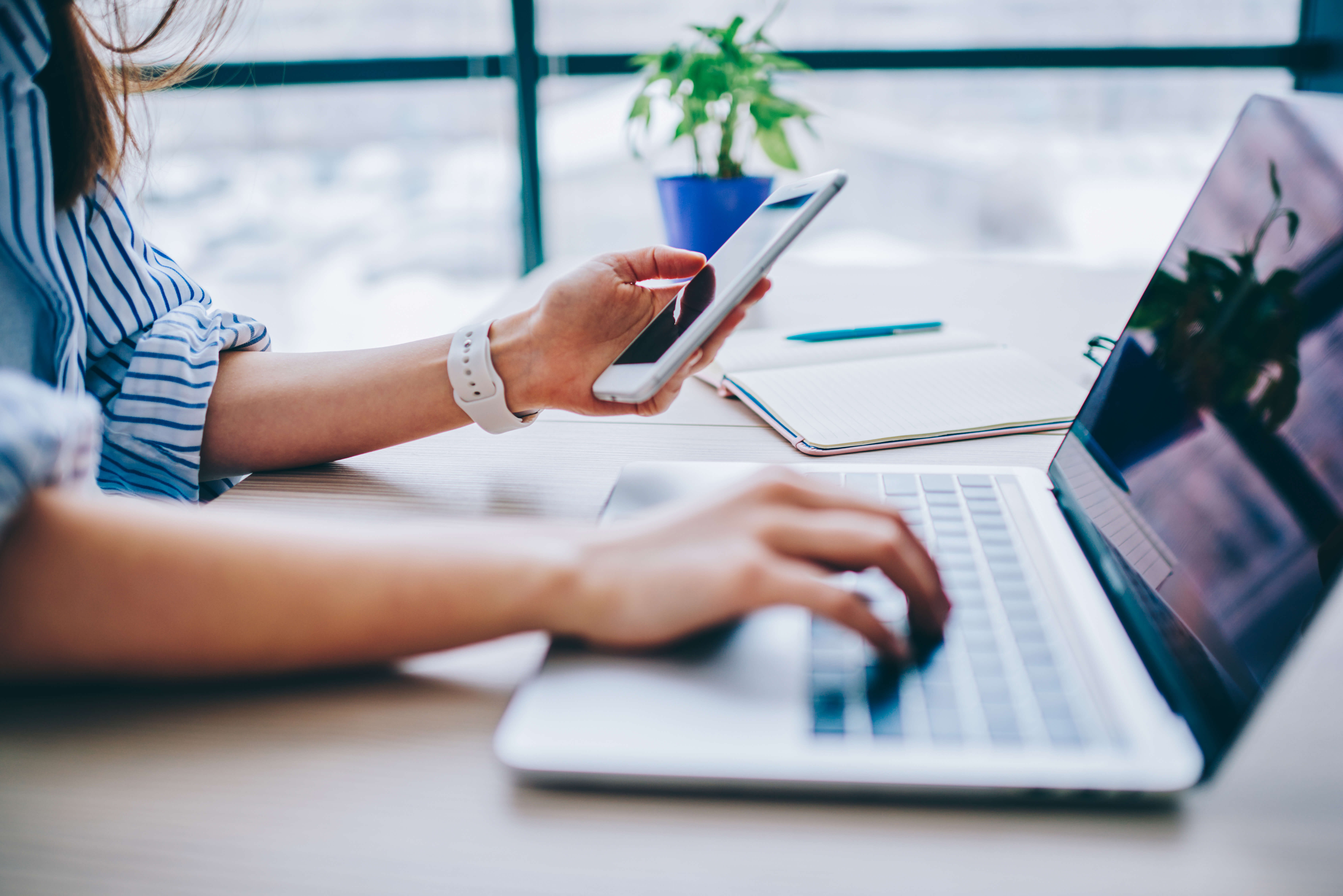 Because it’s in application suppliers’ best interests to make their APIs public (and supported by humans on the end of the phone, we’d hope), some companies specialize in keeping abreast of as many common business apps’ interfaces as possible.

These suppliers are the consummate treaders-of-water. They make it their business to stay abreast of new app versions, changes to APIs, library updates, and the capabilities and interfaces of any new business-oriented apps hitting the market.

Their customers’ systems, they suppose, will have likely been integrated with common systems in the past, so pre-built integrations massively aid integration deployment in 95 percent of cases.

Depending on the supplier, this type of integration software method combines an element of knowledge of existing systems with a common set of business-oriented scenarios.

Most companies of a certain size possess a finance department, an HR department, logistics, marketing, and so forth. Because these functions’ workings tend to follow the same tracks, so the integration software comes pre-structured to help synchronize common data and automate everyday tasks in each service, or department.

The arrival of a new member of staff, for instance, usually leads to a fairly standard series of steps involving the HR department, the training function in a company, the finance and payroll sections, and so on. By being au fait with the types of inter-departmental data traffic, this type of enterprise integration platform helps plot out the data exchanges between apps and databases on a business-use basis.

While approaches one and two, above, mean that the IT department’s work is made a little easier in its work creating mappings between systems (and creating automation mechanisms, in time), some solutions attempt to make the integration developers unemployed.

Low-code or even no-code solutions use GUIs and drag-and-drop to set up workflows between apps inside and outside the enterprise, with each represented by virtualized objects.

While none are rash enough (yet) to claim that even the most technophobic employee can automate high-end business systems with a few mouse clicks, the supposition is that by means of abstraction, the messy business of moving data from dissimilar yet corresponding sources can be achieved by the cleverest of technologies.

Whether or not these claims are 100 percent reliable in every case is moot here. The overall goal is to reduce IT’s involvement in setting up workflows that are best devised and placed by the workers ‘at the coalface’. In that way, the individual business functions determine their own tech-driven workflows, while IT can concentrate on a more strategic role.

At Tech HQ, we are not in the business of recommending one particular approach to systems integration over another. But we would like to highlight three suppliers of enterprise integration solutions which, we feel, are worth considering.

Every organization is different – some are longer in the tooth and come with dozens of legacy apps on which they rely, while others still in the throes of start-up will be differently-equipped. Read the following to help determine which supplier best suits your particular requirements.

In contrast with the enterprise integration platform industry “norms” listed above, the Denver-headquartered Cloud Elements takes a different approach.

By adding in a software-defined layer, each data entity can comprise multiple individual fields from different applications. For instance, a customer’s records vary in type and scope from system to system. Rather than attempt to map unlike fields to one another (inevitably leaving some behind in the process) the abstract entity exists only in the Cloud Elements software.

This has the further advantage of allowing discrete views onto, and interactions with any entity to which the user, or users, have access.

In practical terms, individual team members in one department can create their own views and uses for the data entity. This can be related to (although not affected by) his or her colleagues’ views, or the view & access granted to the department, or any layer of management, anywhere in the enterprise.

In this way, complexity is abstracted away from the users, and even highly-complex proprietary systems’ data (SAP and Oracle E-Business Suite come to mind) can be addressed, well over and beyond the capabilities of today’s iPaaS systems.

To learn more about Cloud Elements in detail click here.

Zapier’s learning curve is a gentle one, and its free plans are designed to be useful and powerful – in the hope, no doubt, that their use becomes invaluable inspiration for higher levels of integration.

Its IFTTT appearance (event > trigger > action) and simple workflows are deceptively simple, but there are over 1,000 apps which can be integrated, and this number is literally growing every day.

Paid plans (starting at just a few dollars per user) allow integration with more “serious” apps like Salesforce and many SQL variations such as NetSuite. Once money changes hands with Zapier, companies can begin to use multi-step Zaps; thus, to continue the metaphor, IFTTT and T and T and T…

Zapier’s citizen developer approach is very successful, with users starting to automate everyday tasks, and then cross-selling paid plans to their colleagues, working groups, and departments.

At enterprise level, there’s Zapier for Teams, which allows sharing and collaboration on Zaps, but without having to pool individuals’ logins to the various services. There’s a free trial available to test, too.

Workato offers a choice of tracks to integration, aimed at the two breeds of users it holds are the most common users of its platform.

IT professionals, happy with the concepts of APIs and databases, can build connections between systems using the type of environment they’d find familiar. More business-oriented users, such as in-house SAP or Oracle Fusion experts get a more intuitive interface. Both environments are available for simple tests on the company’s website.

Integration among the several thousand more common apps is simple, with workflows are built and modelled in no short order. Starting with a single app, the stepwise motion of data from A to B to C can be crafted and realized.

For instance: if a WordPress site for a specific marketing push publishes a new post, specific social media accounts can be updated, using fields pre-filled from, for instance, a MySQL table.

Workato’s offering covers all areas, having uses across finance, IT, HR, sales and helpdesks. The Workato system is particularly suited to IoT deployments in industrial settings.

The platform claims to be able to leverage a form of AI which can determine sentiment from incoming messages, and decision trees can be affected accordingly, in real-time.

Still the new kid on the block, Workato’s substantial financial backing from a variety of reputable funds and sources points to a significant market-led trust in the nascent outfit. One to watch.

*Some of the companies featured are commerical partners of TechHQ