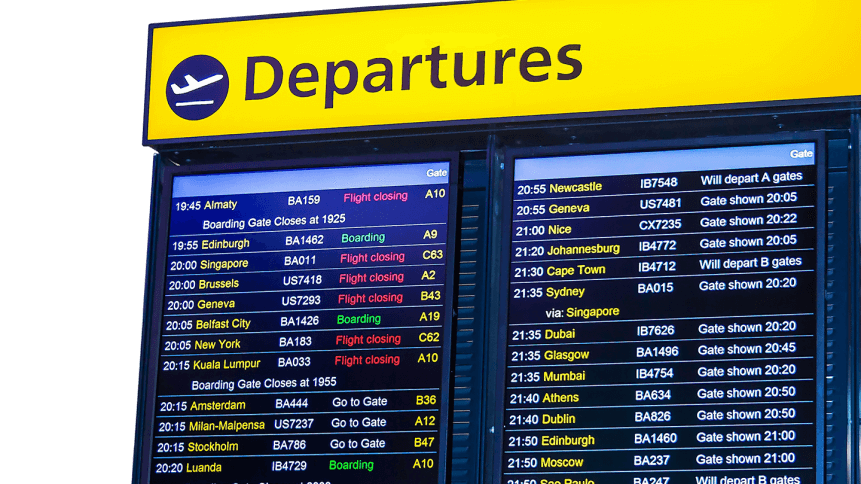 The logistical scale of such an operation is orchestral, requiring meticulous air traffic control 24 hours a day, seven days a week. When that process is subject to even the smallest disruption, the effect can be collateral and events can quickly grind to a halt, leaving tens of thousands of passengers grounded.

Owed to a combination of the dreary British climate and the height of its control tower which, at 87 meters high, is often consumed by low cloud, the weather is perhaps one of the most common causes of delays at Heathrow.

In these situations, air traffic controllers must rely on radar to know if an aircraft has left the runway, with extra time allowed between each landing to ensure safety. The result is a 20% loss of landing capacity, which creates delays for passengers and knock-on disruption for the rest of the operation.

To combat this, the airport is developing a £2.5 million (US$3.26 million) ‘digital tower laboratory’ that will see the control tower’s surroundings outfitted with ultra-high-definition cameras and AI technology. The aim is to provide air traffic controllers with a clearer, secondary view of the airport when visibility is reduced.

“Our capacity challenges are unique to our operation and we’re always exploring new and innovative techniques to help us overcome these constraints and improve the passenger experience in a safe and resilient manner,” said Kathryn Leahy, director of operations at Heathrow Airport.

If digital tower trials are successful, it could mean Heathrow’s proposed third runway could be built without the need for an additional control tower.

“We’ll be keeping a close eye on this trial, as the technology could have a major role as we prepare for the expanded airport. We will watch how AI and digital towers could be used to monitor all three of the expanded airport’s runways in future,” added Leahy.

The UK’s National Air Traffic Services (NATS) has deployed 20 ultra-HD 4K cameras at strategic points around the airfield. Results are then fed into an AI platform called AIMEE, developed by Searidge Technologies, which uses machine learning to interpret the images, track the aircraft and then inform the controller when it has successfully cleared the runway.

The controller then makes the decision to clear the next arrival landing.

NATS believes the system will help the airport reclaim all the lost capacity. It’s also hoped that the technology could reduce the budget for the airport’s planned expansion and help offset higher knock-on costs to airlines and their passengers as a result. The digital tower will undergo a three-month period of non-operational trials by NATS to benchmark the feasibility of introducing the technology. Aimee will study the behavior of more than 50,000 arriving aircraft to ensure the accuracy of the system before findings are presented to the UK’s Civil Aviation Authority.

“Safety is always our top priority and artificial intelligence is about supporting air traffic controllers,” said Andy Taylor, the chief solution officer at NATS. “While they remain the decision makers at the heart of the operation, we can use it to provide new tools that help them make the best possible decisions and improve efficiency and safety.”

If found to be successful, the technology could have implications for global airport operations and vastly reduce delays caused by visibility issues.

“Right now we’re focusing on when the control tower is in low cloud, where I’m confident we can make a very positive difference, but I am convinced that this technology can totally revolutionize how air traffic is managed at airports around the world.”