Daimler unveils Level 2 autonomous trucks as it drives towards a fully autonomous vision for the industry. 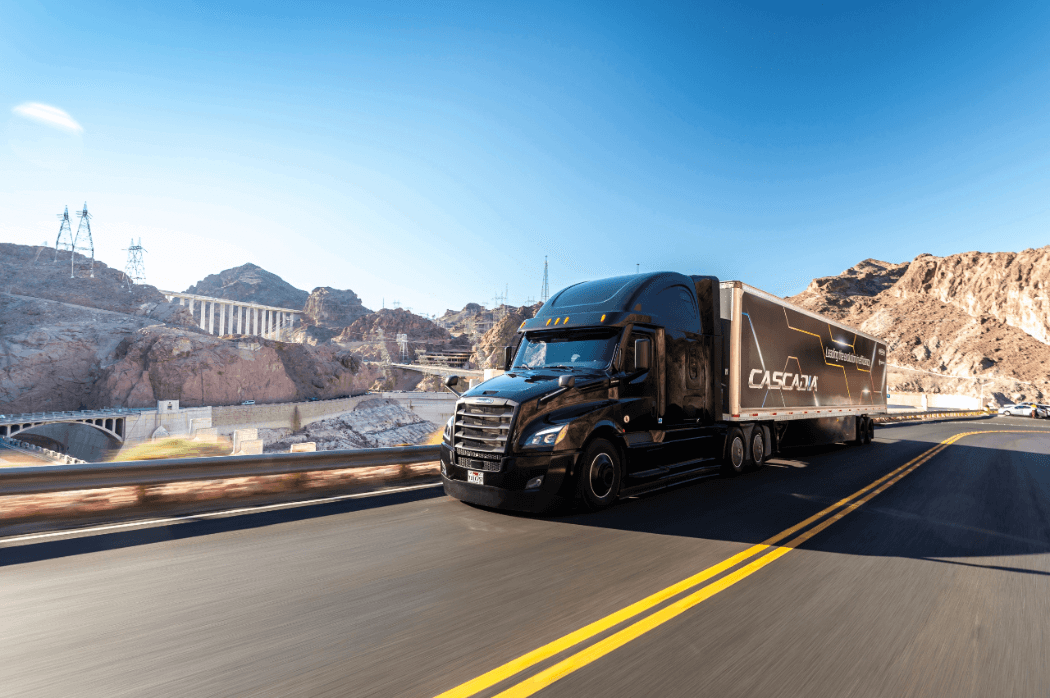 Daimler Trucks North America (DTNA) has announced plans to invest US$573 million in automated truck technology, with ambitions to put the vehicles on the road within the next decade.

The US automaker will be striving for level 4 automation, which would see the trucks able to operate autonomously in geofenced areas (as opposed to level 5, where vehicles could self-drive ‘anywhere’). The funding will also go towards the creation of 200 jobs at its research & development center at the firm’s Portland headquarters. Daimler’s announcement comes off the back of revealing its Level 2 automated truck in series production in North America, which comprises enhancements to its Freightliner Cascadia, making it capable of both lateral (steering) and longitudinal (acceleration/deceleration) control.

In the United States, according to the National Highway Traffic Safety Administration (NHTSA), ninety-four percent of crashes are attributable to human error. Automating acceleration, deceleration, and steering reduces the chance for human error, mitigates collisions, and can potentially save lives.

These technologies can also enhance the driver experience by making the truck-driving task easier, thereby improving driver comfort and well-being which, in turn, adds to the safe operating of the vehicle and other safety of other road users.

While the enhanced Cascadia isn’t yet the fully-autonomous package Daimler is striving for, its features hint at the potential areas of driving which could be vastly improved. Adaptive cruise control allows it to automatically maintain a safe following distance, particularly in heavy traffic where repeated braking, accelerating and resetting of traditional cruise control is a normal occurrence.

Meanwhile, lane assist supports the driver by using micro-steering movements to keep the vehicle in its detected lane, while brake assist also uses cameras and radars that detect moving pedestrians and cyclists in front of the truck to deploy full braking. At the same time, its Side Guard Assist feature carries out the same level of detection in the blind spots of the 53-foot vehicle, with audible and visual warnings, which is another industry first.

“[…] trucks equipped with forward collision mitigation systems can experience a 60 to 80 percent reduction in rear-end crashes, resulting in potentially fewer accidents and reduced operational costs to our customers,” said the Director of Product Marketing for Freightliner, Kelly Gedert.

The new vehicle also delivers a 35 percent improvement in fuel efficiency, with annual savings of at least 4,700 gallons of fuel per truck, as compared to the first version introduced back in 2007. Autonomous vehicle technology in trucks isn’t solely focused around added safety, however. The end of 2018 saw Volvo announce one of the first deployments, using self-driving trucks to transport limestone at a Norwegian mine. Due to be running by the end of 2019, the vehicles are to be rented as a “travel solution”, that cuts down the need for human manpower on-site.

When it comes to Daimler’s plans, autonomous vehicle technology could lead to the development of trucks able to operate consistently for 24 hours a day, which could be revolutionary for cross-country logistics.

A previous version of this article contained a factual error regarding the investment sum which has since been corrected.