Could Audi lead in VR entertainment for self-driving cars?

Audi's in-car VR proves how content could become a major driving force for the mobility of the future. 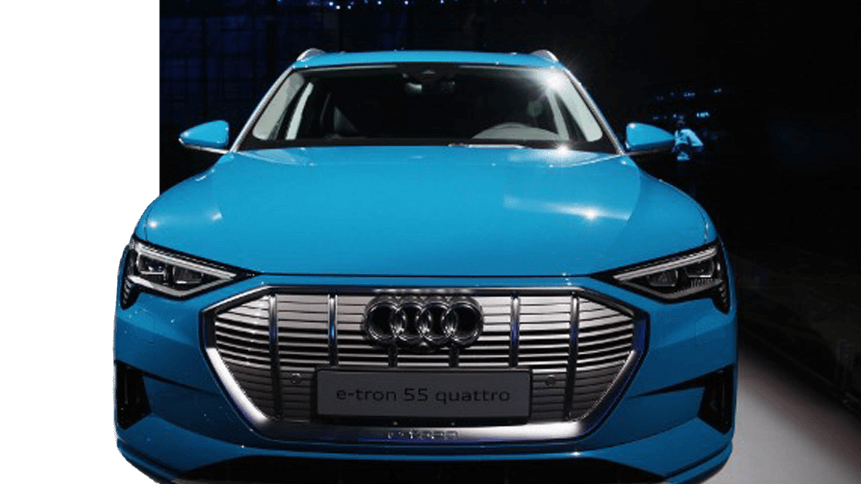 Audi has joined forces with Holoride, a company that combines XR with vehicle movement and navigation data to create “hyper-immersive” experiences for car passengers.

The announcement at CES in Las Vegas follows the German carmaker’s pledge to invest €14 billion ($16 billion) by 2023 into future transportation technologies, including autonomous vehicles. It heralds a new era of onboard entertainment as passengers are increasingly able to take their eyes off the road thanks to self-driving technology. Audi demoed the tech in its new e-tron electronic vehicle, where the car took the role of a virtual spaceship for a Guardians of the Galaxy-inspired adventure through an asteroid field—  part of a collaboration with Disney Games, Interactive Experiences and Marvel.

During its presentation, the virtual spaceship in the game reacted to the acceleration and cornering of the electrified SUV as it reached speeds of up to 90mph on the Las Vegas Speedway, providing passengers an exhilarating entertainment experience— a far cry from what can currently be achieved with screens or tablets.

Audi’s Head of Digital Business, Nils Wollny, believes that content is a major driving force for the mobility of the future, especially with autonomous vehicles soon to be on offer for the masses.

“Creative minds will use our platform to come up with fascinating worlds that turn the journey from A to B into a real adventure,” said Wollny. “We can only develop this new entertainment segment by adopting a cooperative, open approach for vehicle, device and content producers.”

Holoride plans to make the technology open and ‘agnostic’ with a software development kit that could be available to content and game developers by the end of the year. The goal is to create movies and games that will be in sync with a passenger’s movement as they sit in these vehicles which, counterintuitively, can actually help to reduce motion sickness, according to Audi. In the next three years, passengers could look forward to VR entertainment that will work in conjunction with the environment as well. Traffic jams, for example, could be transformed into unexpected obstacles within a game or quick quizzes in a learning program.

“While this CES demo was developed purely in the spirit of exploration and experimentation, we are constantly evaluating emerging technologies to enhance our stories and experiences,” said Mike Goslin, Vice President, Disney Games, and Interactive Experiences.